The Return of the American Jihadi Under Obama-Biden. Registration Now Open For April 13 Class: “The Empire Of Antichrist.”

The Colorado grocery store attack resumes the familiar pattern of jihad attacks that were rampant during Obama-Biden years but absent during the Trump years!

The Jihadi’s Are Returning

We grew numb to the almost constant gun and knife attacks conducted by young male adherents to the Islamic faith under the Obama-Biden administration from 2008 to 2016.

Almost all of these jihadists were either born overseas or the sons of parents born overseas and allowed into this country with little to no vetting under LEGAL immigration programs.

Then along comes Trump and the jihadist attacks suddenly stopped.

I’m aware of only one jihad attack on American soil during Trump’s four years in office, and that was in December 2019 at the Pensacola, Florida, Naval Air Station [three killed].

Biden is in office two months and …. Here we go again. Brace yourself for the return of the jihadis.

Ahmad al-Issa, a native of Syria, entered a Kosher-friendly grocery store in Boulder, Colorado, on Monday where he shot and killed 10 people, all white Christians and Jews. Mr. Issa, 21, had reportedly pledged his allegiance to ISIS and had considered shooting up a Trump rally. He had also used his Facebook page, immediately taken down by the FBI of course, to rail against Trump’s travel ban on a handful of Muslim-majority countries.

Most mainstream media accounts of Monday’s attack ignore the fact that Issa is a Syrian migrant and fail to report that his attack is the first of its kind [mass murder of more than three Americans by a Muslim migrant] in over four years.

This report from CBS is typical. According to CBS, Issa is just your average American white guy from Arvada, Colorado, and some of his friends say he may have had mental health issues. Nothing more to see here folks, just a local nut job, end of story, time for more gun control. That’s the narrative coming out of the Biden White House and supported by the state-sponsored mainstream media, which is looking more like Pravda every day.

We better brace ourselves as this may be the first of many jihadist attacks under the Biden regime.

Because we know the track record, the pattern, that was set during the eight years in which Biden and his boss Obama ran the country. Their weakness on the Islamic issue – no, it’s more than just weakness it’s the outright pandering to and favoring of Islam over all other religions – invites these types of attacks.

Trump showed strength on this issue and the killing stopped. The last thing the Muslim Brotherhood, which is the umbrella organization over almost all of the major Muslim groups in the U.S., wanted was to give Trump fodder to take stronger action against the Brotherhood’s vast network of operations in the U.S. 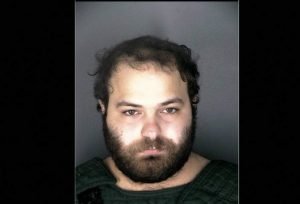 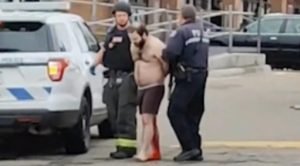 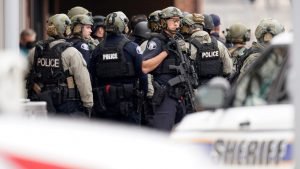 The Obama-Biden administration scrubbed all negative references to Islam from FBI and Homeland Security training manuals starting in 2011.

Brilliant patriots inside the government who knew how to defend America against this menace – people like Phil Haney, John Guandolo and Steve Coughlin – were rooted out of the government.

This is a story you won’t find in the lying mainstream media. They want you to forget all of the American bodies that piled up as a result of jihadist attacks under Obama-Biden and their pandering to Islamic radicals. With Biden back in the Whitehouse as the puppet master for Obama 3.0, the Jihadi’s are coming back!