Don’t Fear Bill Gates! You Can’t Have the Mark of the Beast Without the Beast!

I’ve often said that practical obedience to Christ today is more important than speculation about the mark of the beast tomorrow.

I’ve also suggested that COVID-19 may be a forerunner sign of the Tribulation Judgments, but I do not believe that COVID-19 is one of the plagues from the Book of Revelation.

I also don’t believe that a potential COVID-19 vaccine, replete with microchip is the mark of the beast.

Yet the events surrounding the coronavirus have demonstrated how quickly the status quo can be overturned and how dramatically the fortunes of nations can shift.

And what if COVID-19 is followed by a worldwide economic collapse, accompanied by plague and famine?

To say it again, I do not believe we are at that point. But I do believe that, in front of our eyes, we’re seeing how quickly the table can be set.

Despite the lofty aspirations of Bill Gates, believers today have nothing to fear about his vaccination plans being connected to the mark of the beast.

For starters, in Revelation, the “mark of the beast” has nothing to do with a medical procedure.

And contrary to some of the theories being batted around today, the “mark” is not at all something that could be accidentally taken.

Thus, the mark of the beast is taken as a symbol of rejecting Jesus Christ for devotion to the beast empire in the Tribulation.

Most importantly, the beast is not here yet!

No beast… no mark!

The beast in Revelation is Satan’s final empire that seeks to bring the world under its control and the beast marking system doesn’t begin until the middle of the Tribulation!

Since the rapture occurs before the Tribulation, church-age believers will never see the mark of the beast because we will not be here! Hallelujah!

In this recent video, I discuss the two competing marking systems in the book of Revelation and answer two questions, “What really happens when you take the mark of the beast and what does it mean for Christians living in the last days.” 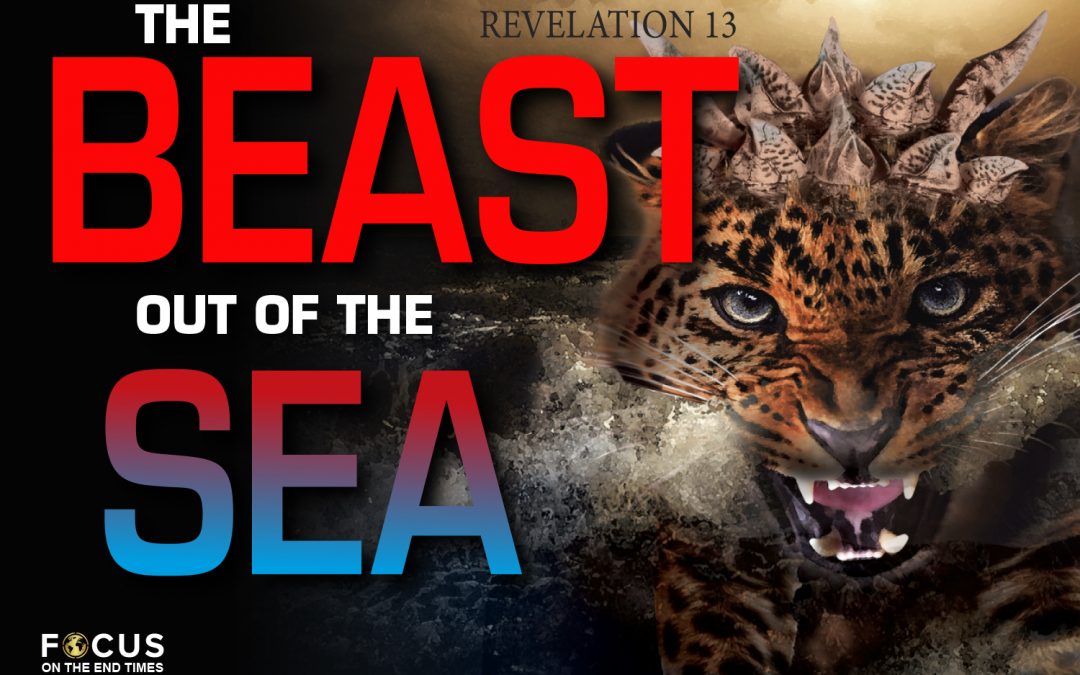 Who or What is The Beast of Revelation?

Looking Behind the Curtain

Satan’s wrath sits heavily upon humanity because he is the destroyer and he knows his time is short.

America is just beginning to bear the brunt and I’m not confident it will ever get better. Satan’s wrath is steeped in hatred against God and God’s children and especially Israel.

God’s wrath, by contrast, is the ultimate expression of His absolute love for mankind.

To prepare for class this Tuesday, I want to look at the identity of this ferocious BEAST and discover some of the meaning behind it’s heavy portrait symbolism.

I hope it will spark your interest to study it more as it’s one of the largest topics in the book of Revelation.

When John first saw this imposing caricature, it must have been a stunner!

What Is the Seven-Headed Leopard Beast of Revelation 13?

The beast with seven heads and 10 horns introduced in Revelation 13 represents Satan’s eighth and final empire: The Turkey-led Ottoman Caliphate.

11 The beast that was, and is not, is himself also the eighth, and is of the seven.

Let’s take a closer look at a few of his key features to get a better understanding of the nature of the beast.

* It has authority, power, and a throne, which point to its being a political entity – 13:2.

* God points out its blasphemy 3 times in 8 verses indicating it’s deeply connected to a religious system in addition to being a political entity – 13:1,5-6

* It combines features of the beasts described in Daniel 7:2-8 showing that it’s a future empire in Satan’s line of anti-Semitic empires (Da. 7:17).

“Seven Heads and Ten Horns”
The key to understanding the “seven heads” of the beast is given in Revelation 17 which says the seven heads are symbolic of “seven kings,” or empires (Rev. 17:9,10).

So the seven heads of the beast of Revelation 13:1 represent Satan’s seven former empires designed to oppress the chosen people and dominate the land of Israel.

The seven heads represent Egypt, Assyria, Babylon, Medo-Persia, Greece, Rome, and the Ottoman Empire. One of these former empires will return as the eighth empire.

12 “The ten horns you saw are ten kings… they receive authority for one hour as kings with the beast. 13 These are of one mind, and they will give their power and authority to the beast.

Here we see that the ten horns are symbolic of ten kings that form themselves into an empire (beast) having one mind. This is precisely what occurs in the formation of a Caliphate.

Ten Muslim nations willingly surrender their sovereignty as independent kings to form something better and bigger than themselves aka the Islamic Caliphate.

After this empire is formed and established, Antichrist mysteriously appears as the 11th king and wrestles control of the Caliphate to be appointed its ruler or “Caliph” – Dan. 7:24-25.

From all this, we conclude that the seven headed, ten horned beast of Revelation 13 is a symbolic picture, from the imagination of God Himself, representing the coming eighth empire, the last of Satan’s mighty empires to destroy Israel.

The Turkey led Islamic Empire is resurrecting and coming back to life today! Out of the midst of the Middle East chaos the beast will suddenly appear, and the world will never be the same.