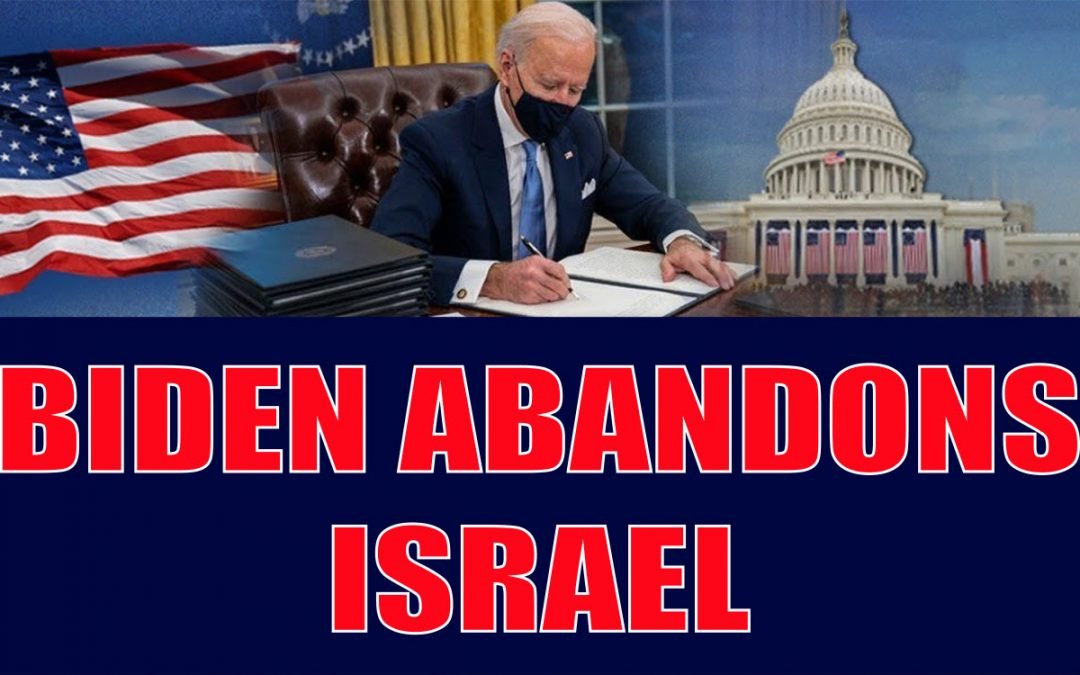 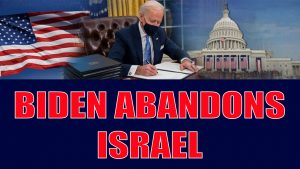 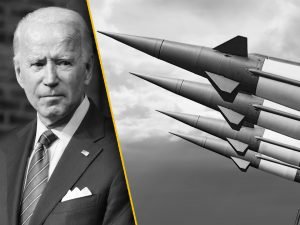 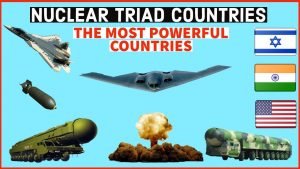 Turning Away From Israel

With Netanyahu removed as Prime Minister, and the new liberal government in place in Israel, Biden is getting more aggressive in his quest to turn against Israel and has ordered the process of removing America assets that defend Israel.

The Biden administration is sharply reducing the number of U.S. THAAD antimissile systems in the Middle East in a major realignment of its military footprint there as it focuses the armed services on challenges from China and Russia, administration officials said.

The administration is pulling 8 batteries of THAAD anti-missile systems from the Middle East that, just coincidentally, forms a ring around the nation of Israel, while at the same time attempting to rejoin Obama’s farcical Iran Nuclear Treaty that President Trump pulled America out of. What do you think is the agenda here?

The Bible says Antichrist will come against the nation of Israel, so it’s no wonder that as we approach the Tribulation and Democrats are in power there is a constant pull away from defending Israel, and a rush towards making friends with their enemies. It is a familiar pattern we watched in the Obama years and now Biden is taking it to even a more dangerous level.

Now also many nations are gathered against thee, that say, Let her be defiled, and let our eye look upon Zion. But they know not the thoughts of the LORD, neither understand they his counsel: for he shall gather them as the sheaves into the floor. Arise and thresh, O daughter of Zion: for I will make thine horn iron, and I will make thy hoofs brass: and thou shalt beat in pieces many people: and I will consecrate their gain unto the LORD, and their substance unto the Lord of the whole earth.

FROM THE WALL STREET JOURNAL: The Pentagon is pulling approximately eight Patriot antimissile batteries from countries including Iraq, Kuwait, Jordan and Saudi Arabia, according to officials. Another antimissile system known as a Terminal High Altitude Area Defense, or THAAD system, is being withdrawn from Saudi Arabia, and jet fighter squadrons assigned to the region are being reduced, those officials said.

Promise Kept:
Biden said that as president he will reverse the Trump Administration policy and open talks with the Palestinian Liberation Organization (PLO Terror Group) and give them funding and support.

Biden also said that he would reopen the US Consulate in east Jerusalem ‘to help engage the Palestinians’ something that would also reverse the Trump administration policy. 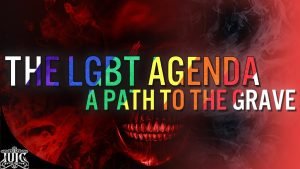 When a nation devotes a month to display its PRIDE in what God calls shameful while His people give assent by their silence… that nation invites His judgment. 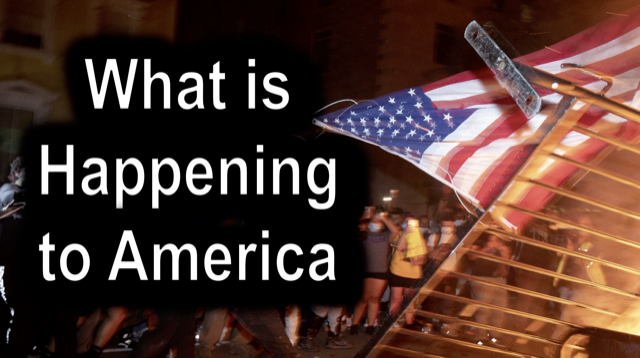 All Is Well! They Tell Us, Day After Day. But It’s Not. 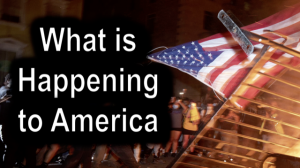 All Is Well… Really?

The media tries to make revolutionary jargon, political dishonesty and socialist disaster look normal, even optimistic. All is well, they tell us, even though foreign and domestic politics rapidly loom as a catastrophe. Trillionaire mystery men deal in programs and projects.

At the most recent G-7 meeting, Biden made the off-the-wall proposal of a $40 Trillion “Build Back Better” campaign for a world-wide infrastructure program designed to help poor nations!

Their innermost plans are global, rather than national in scope. Alcohol and cannabis are everywhere. Churches are fading away, as pseudo-religions explode throughout society, most of them in some way socialist in belief.

And everywhere, there is the endless search for new and different kinds of entertainment.

Meanwhile, Christians shudder at their children’s’ corrupted curriculum, with its unspeakable theories and the failure to teach math, English, the basic sciences and history. A composite blend of Marxist philosophy, pseudo-psychology, and even gender identity changes by the minute, crashing with the biblical understanding that male and female were created by God.

How could this have happened, given that America has been the land of the Gospel, of great seminaries and of countless revivals, sent here and abroad by men who were steeped in the truths of Scripture?

Many Scriptures throughout the Bible make the answer to this question clear. But one, written by Paul in the opening chapter of Romans, says it all, as he describes seven steps of man’s descent away from the TRUTH to become a godless culture.

“Because that, when they knew God, they glorified him not as God, neither were thankful; but became vain in their imaginations, and their foolish heart was darkened. Professing themselves to be wise, they became fools, And changed the glory of the uncorruptible God into an image made like to corruptible man, and to birds, and four-footed beasts, and creeping things”

1. Man knew God. The Lord had done everything possible to reveal Himself, but the nature of man is to refuse Him, and to not glorify Him as God. We are a land that has often been the source of Christian revival. Dozens of now-famous evangelists have preached to the world. Millions have been saved. A new life in Christ is a well-known idea. But in today’s America, in corporations and schools, it has been put to sleep and they have taken Him for granted.

2. We have glorified our ability to exist without God. Technology has, in many ways, become our god. It gives us anything we want… food, health, comfort and security. We can have anything we want. And now, it is even intelligent!

3. Why thank God, when we can provide for ourselves?

4. Mankind fell victim to atheistic theories and developed bizarre “explanations” of an ancient nature that came into existence without a god.

6. Man’s knowledge base became corrupted. He began to believe his own theories. He became a fool.

7. God was modeled into mythology and later, pseudo-science. It is this science that atheist man worships today. And what does Paul say happened next? The 24th verse says it all:

“Wherefore God also gave them up to uncleanness through the lusts of their own hearts, to dishonor their own bodies between themselves: Who changed the truth of God into a lie, and worshipped and served the creature more than the Creator, who is blessed for ever. Amen.”

As America drifts away, the Lord stands, awaiting her return to His truth. Our kingdom is not of this world and as believers in the Lord Jesus Christ, we need to cherish our faith above all. 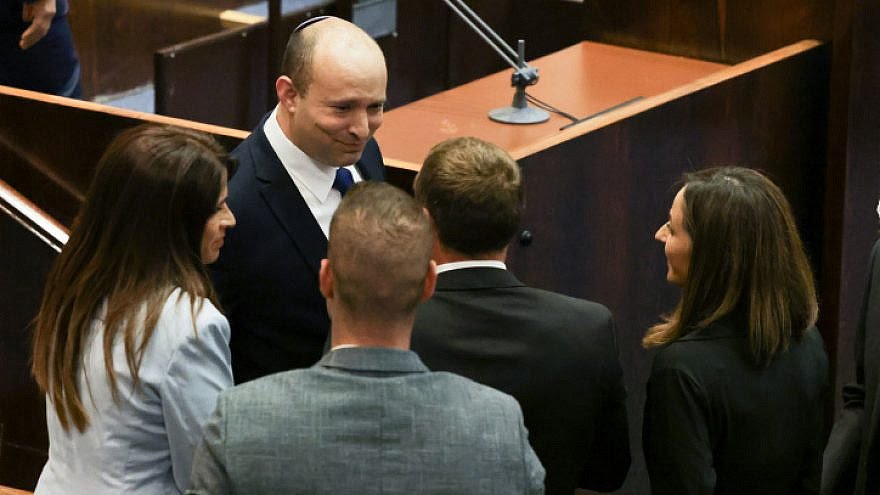 Naftali Bennett
Sworn In As Head of 36th Israeli Government

Benjamin Netanyahu is out and surely former President Obama is happy to finally see Israel’s greatest leader Netanyahu lose and he must be thrilled as Israel forms first-ever government with Muslim Party, United Arab List.

The new deal is potentially setting the end-time stage for a much weaker Israel who could be more open to dividing the Holy Land for a Palestinian State which God warns will bring about the Tribulation period!

The unique arrangement calls for Bennett and Lapid to share the Prime Minister role over the next four years with right-wing Bennett serving as the Israeli Prime Minister for the first 2 years and left-wing Lapid serving a two-year term following Bennett.

Last month, Israel was officially 73-years old, and now they’ve reached another prophetic milestone in their march to the time of Jacob’s trouble by embracing a Muslim coalition which flies in the face of Scripture and is the very essence of an anti-Jehovah government.

Israel has now formed a new governing coalition that, for the first time ever, includes Allah worshipping Muslims under the leadership of Mansour Abbas and the United Arab List. Why is this so historic? Israel has created a government that is part Jewish and part Muslim taking them farther away from the God of Israel. 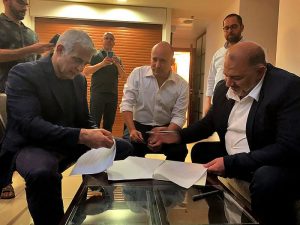 A story is worth a thousand words and this is a picture that nobody in Israel could have imagined: the leader of the Muslim Brotherhood political party of the Islamic Movement, Mansour Abbas, sitting alongside Naftali Bennett, the envoy of religious ultra-nationalist Zionism. But there they were with the secular liberal Yair Lapid on June 2, pens in hand, ready to sign documents bringing a devout Muslim and Palestinian citizen of Israel into a coalition government with the two Jewish leaders.

Over the past two years Israelis have gone to the polls four times to elect a government to run the country, and each time Israeli Prime Minister Benjamin Netanyahu, leader for 15 of the last 25 years, failed to muster up support to form even a narrow coalition. The people on the left, center and right who wanted to bring him down couldn’t form one either.

But in the latest election, in April, a kingmaker emerged: Abbas, the Islamist politician who made the remarkable declaration that he would be willing to be part of a right-wing coalition, something no Arab-led party has ever considered. 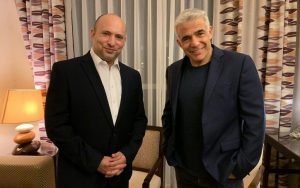 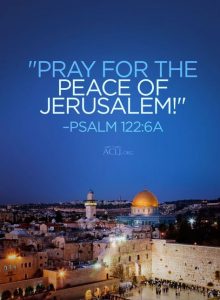