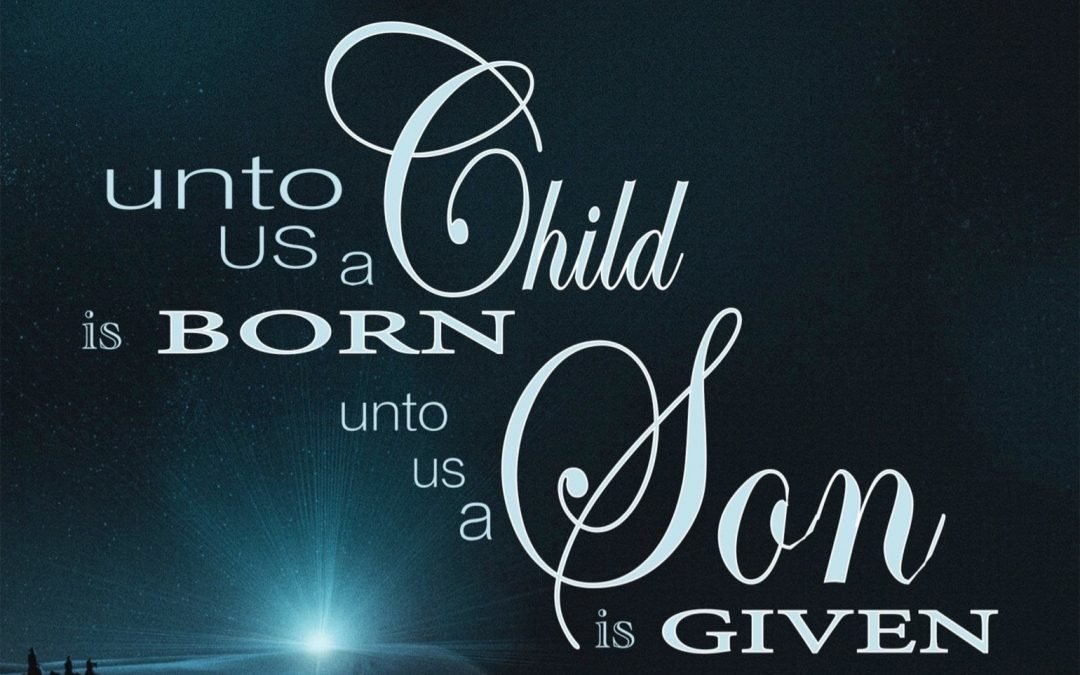 For Unto Us A Child A Child Is Born, Unto Us A Son Is Given, Isaiah 9:6 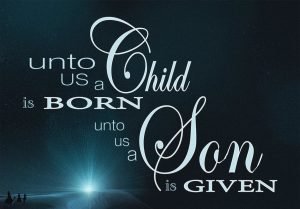 Isaiah 9:6 is one of my favorite passages of the Christmas season! This remarkable verse highlights both our Lord’s First and Second comings!

The prophet Isaiah was writing about the first coming of Christ when he wrote: “For unto us a child is born, unto us a Son is given…” He penned these words more than 700 years before the birth of Christ. It is through this Son that we are made the sons of God.

In the second half of the verse, Isaiah continues his prophetic pronouncement and describes the magnificent titles of Jesus which reveal the wisdom, authority, strength, and character of Jesus in connection to His second coming and His future reign as King of the earth.

“…And the government will be upon His shoulder: and His name will be called
Wonderful, Counselor, The mighty God, The everlasting Father, The Prince of Peace.”

Within a single verse, from one phrase to the next, Isaiah’s words span more than 2000 years.

Yes, Jesus was the virgin born child of Mary, but He was also the Son of God from eternity past that was given to be our Savior from sin. And this special Son who paid the price for our redemption with His own blood is destined to return a second time. This time He will return in great power and glory to rule the earth as King of Kings!

MAY THE WONDER OF THESE MESSIANIC TRUTHS BRING JOY TO YOUR HEART THIS BLESSED CHRISTMAS SEASON! 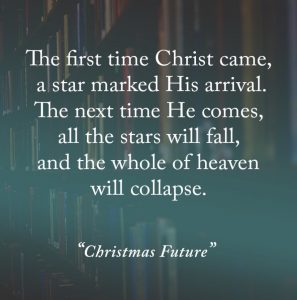 Migdal Edar, The True Story Behind The Birthplace of Jesus.

Migdol Eder:
Tower of the Flock

On that first Christmas day 2000 years ago, the angel of the Lord directed the shepherds to the very place where they sacrificed baby lambs to see a baby boy wrapped in the lamb’s swaddling clothes and being presented for inspection in the stone manger, Migdal Eder.

Forget everything you’ve been told about the baby Jesus lying in a manger that looks like a soft and cozy hay bale. The manger that he was wrapped in was actually a stone feeding trough, located in a place called Migdal Eder outside of Bethlehem.

Migdal Eder, translated “Tower of the Flock” (Micah 4:8), was a look-out post located just north of Bethlehem, the city of David. What made the tower special was that the bottom portion was used as the sheep care facility that served as a manger where Jerusalem’s sacrificial lambs were birthed and inspected. More importantly, this was where Jesus was born!

“And thou, O tower of the flock, the strong hold of the daughter of Zion, unto thee shall it come, even the first dominion; the kingdom shall come to the daughter of Jerusalem.”
Micah 4:8

The place Migdal Eder first appears in Genesis 35:21 where Jacob buried Rachel after she gave birth to Benjamin. In its earliest days, the tower of Migdal Eder was a military structure but in the time of Jesus it had become the Tower of the Flock where the Levitical shepherds would inspect the sacrificial lambs. Migdal Eder is the place where the spotless lambs were wrapped in swaddling clothes to be inspected for sacrifice at the Temple in Jerusalem. Inspected by shepherds. Now, back to Rachel and Benjamin. 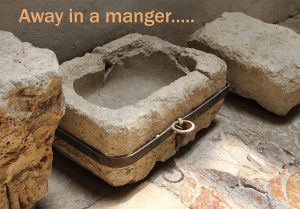 “The name of the LORD is a strong tower: the righteous run into it, and is safe.”
Proverbs 18:10

When the Bible tells us that the ‘name of the LORD’ is a ‘strong tower’, it’s the same word ‘migdal’ pointing to the well known actual tower where Benjamin was born. The word ‘migdal’ shows up again in Nehemiah 3:1, connecting it to the ‘sheep gate’ where the sacrificial lambs would be led through on their journey to the Temple in Jerusalem. During Passover, thousands of lambs were brought in from the fields by the Levitical shepherds from the Tower of the Flock through the Sheep Gate to be sacrificed by the Levitical priests on the alter at the Temple.

“And it came to pass, as the angels were gone away from them into heaven, the shepherds said one to another, Let us now go even unto Bethlehem, and see this thing which is come to pass, which the Lord hath made known unto us. And they came with haste, and found Mary, and Joseph, and the babe lying in a manger. And when they had seen it, they made known abroad the saying which was told them concerning this child. And all they that heard it wondered at those things which were told them by the shepherds.”
Luke 2:15-18

Now you see, when Jesus is called a lamb in scripture, it is not poetic, it is literal.

“But thou, Bethlehem Ephratah, though thou be little among the thousands of Judah, yet out of thee shall he come forth unto me that is to be ruler in Israel; whose goings forth have been from of old, from everlasting.”
Micah 5:2

Whereas Jesus was referred to as a Lamb once in the Old Testament (Isa. 53:7), twice in the Gospels (John 1:29, 36), and once in the Epistles (1 Peter 1:19), He is referred to as the Lamb twenty-eight times in the Book of Revelation. We have to conclude as they rejoiced in heaven,

Then I looked, and I heard the voices of many angels around the throne and the living creatures and the elders; and the number of them was myriads of myriads, and thousands of thousands, saying with a loud voice,