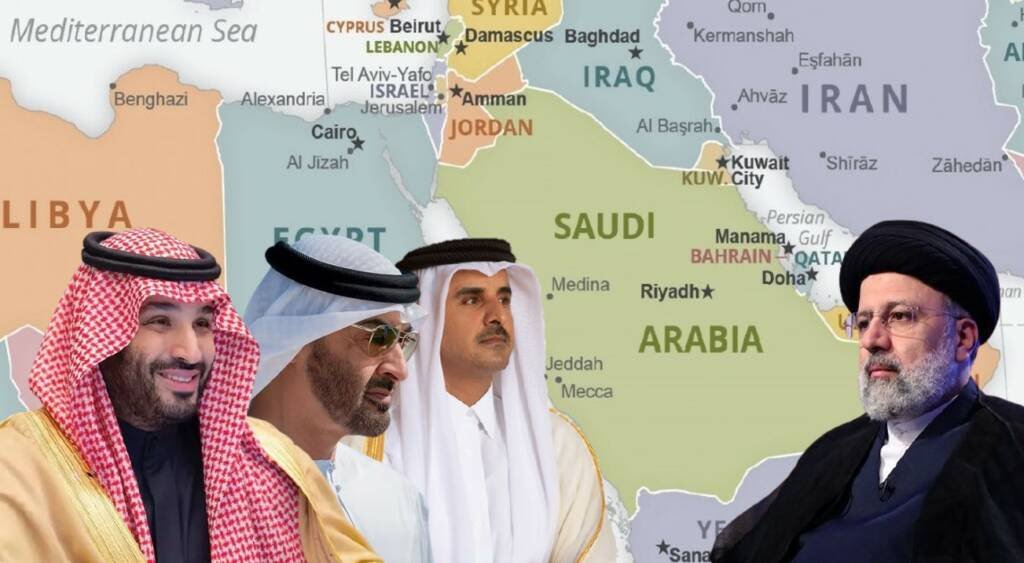 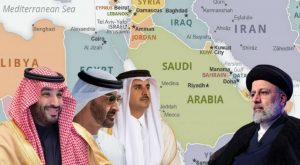 Middle East War On The Horizon?

Saudi Arabia, Iran, Increasing Conflict In Yemen and the UAE 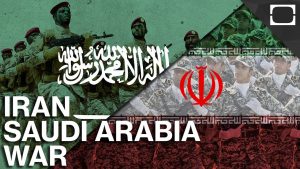 16 And the ten horns which you saw on the beast, these will hate the harlot, make her desolate and naked, eat her flesh and burn her with fire. 17 For God has put it into their hearts to fulfill His purpose, to be of one mind, and to give their kingdom to the beast, until the words of God are fulfilled.

As the Middle East heats up and presses toward war, we should not be surprised that Saudi Arabia and Iran are caught-up in the middle of an increasingly dangerous conflict. They are mortal enemies and the more their conflict grows the more it may signal the approaching Tribulation period.

Both nations play a major role in Bible prophecy. Iran, who is Shiite, will ultimately become part of the Turkey-led, ten-king Caliphate (“the beast”). Saudi Arabia will not!

According to the above two verses, the harlot, which is earlier described as Mystery Babylon, will come to an abrupt and unexpected end and be destroyed by the very beast she rides.

Since Saudi Arabia is the hated harlot of the Middle East we will review the current flare up in the Arabian Peninsula and discuss its relation to Bible prophecy!

Saudi Arabia Recognizes Jewish Connection To The Temple Mount. We have an exciting Class in less than 2 Weeks! Plan to Join us. Register Now.

Tom Nissani, head of the Temple Heritage Foundation, told Arutz 7 this era is a golden opportunity. “It is becoming increasingly clear that the main obstacle – the Temple Mount – is in our hands,” he said.

“This is a historic opportunity to expel the hostile, Muslim Waqf control from the Temple Mount and transfer it to full Israeli management that will allow full freedom of access and religion to the mountain in cooperation with the Emirates, Saudis and Moroccans, Jews and non-Jews who will attain shared goals.”

Last week on Twitter, Saudis conducted a campaign promoting Islam’s true holy sites, Mecca and Medina, while downplaying the importance of Jerusalem in the religion of Islam. There is a growing excitement in the Middle East right now, thanks to the Abraham Accords, for a rebuilt Jewish Temple on the Temple Mount. And the best part? Muslims are calling for it!

“And there was given me a reed like unto a rod: and the angel stood, saying, Rise, and measure the temple of God, and the altar, and them that worship therein. But the court which is without the temple leave out, and measure it not; for it is given unto the Gentiles: and the holy city shall they tread under foot forty and two months.”

It is a fact of Bible prophecy that there will be a rebuilt Third Jewish Temple during the time of “Jacob’s Trouble” in Jerusalem after the Pretribulation Rapture of the Church takes place.

We see this in multiple places in both the Old and New Testaments. The Jewish Temple will be rebuilt including the renewal of animal sacrifices for the purpose of symbolically showing that Jesus is the Lamb of God.

In the middle of the Tribulation, the armies of Antichrist, will take possession of the Temple as Jesus described in Matthew 24:15.

In departure from the Palestinian narrative, the Saudis have begun to recognize a Jewish connection to the Temple Mount.

This developing story of Muslim nations showing favor to Israel’s historic right to the Temple Mount is strong evidence for the fast approaching Tribulation. Buckle your seatbelts as the church’s flight to heaven may be getting ready to lift off!

An English-language tweet by a man from Morocco named Ibtassam really got people heated when he not only emphasized that the Temple Mount is of no particular importance to Muslims like himself, but then went on to express his hope that the Third Jewish Temple will soon be built there. See below. 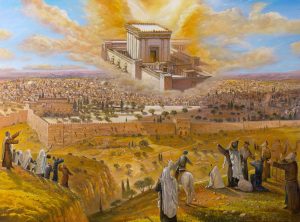 Dear brothers and sisters, Join the Saudi hashtag “قبلة_اليهود_لاتعني_لنا#”. This recent Saudi twitter movement believes that there is no importance of the temple mount to Muslims, and the waiting for the [Jewish] third temple. A new era, one of peace is coming. #قبلة_اليهود_لاتعني_لنا