YES! Leftism Is A Religion: Presbyterian Church Graces the UN With Hymn To Climate Change 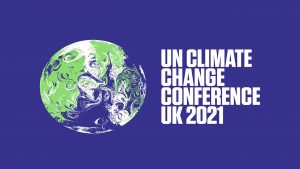 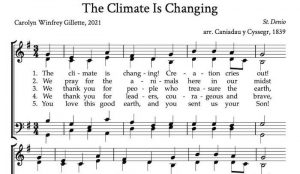 Is modern American Leftism a new, secular religion? Of course it is.

Who could forget House Speaker Nancy Pelosi (D-Grey Goose) giving thanks to her god for his salvific sacrifice: “Thank you, George Floyd, for sacrificing your life for justice”? Or New York Governor Kathy Hochul proclaiming that the unvaccinated “aren’t listening to God and what God wants.”

And now the Presbyterian Church (U.S.A.), which has long been a hollowed-out shell teaching social justice Leftism in vaguely Christian garb, has done its part for the sanctification of the contemporary Leftist agenda by publishing a new hymn, “The Climate is Changing.” The lyrics are far more ludicrous than the title might suggest.

Presbyterian News Service reported Friday that the hymn was prepared for the opening of the UN Climate Change Conference on Sunday in Glasgow. Apparently the assembled dignitaries, after working hard all day on strategies to compel the U.S. and Western Europe to commit economic suicide and hand global financial hegemony to China on a silver platter, will be in the mood to belt out a rousing hymn about saving Gaia. The pious Presbyterians were happy to oblige.

“The Climate is Changing” is helpfully written to a tune that many of the conference participants will find familiar: “Immortal, Invisible, God Only Wise,” an enduringly popular nineteenth-century hymn that begins: “Immortal, invisible, God only wise, in light inaccessible, hid from our eyes, most blessed, most glorious, the Ancient of Days, almighty, victorious, thy great name we praise.”

Now, this is the twenty-first century, and all that patriarchal business about a wise, omnipotent, glorious God is as dated as porkpie hats and the notion that there are only two genders. “The Climate is Changing,” which was written by Carolyn Winfrey Gillette, co-pastor with her husband, Bruce, of First Presbyterian Union Church in Oswego, New York, is much more up-to-date. Here are the first two verses, in all their virtue-signaling pseudo-Christian glory:

The climate is changing! Creation cries out!
Your people face flooding and fire and drought.
We see the great heat waves and storms at their worst.
We pray for the poor, Lord — for they suffer first.

We pray for the animals here in our midst
who cannot defend their own right to exist.
We pray for the mountains and forests and seas
that bear the harsh footprint of our human greed.

You get the idea. If you don’t recall Jesus saying much about the necessity to reduce greenhouse emissions, but only in the West, while giving China a free hand to pollute as much as it wants while turning the world into its personal economic fiefdom, Bruce Gillette, the husband of the holy hymnographer, might want to have a few words with you.

“We all need to be doing more to counter the crisis ASAP,” said Bruce, who is also (surprise!) vice-moderator of Presbyterians for Earth Care.

The demonic religion of climate change worships the creation instead of the creator. Like an environmental cancer, the nations of earth have foolishly bought into this lie!

The notion that man can somehow control earth’s temperature is a direct assault on the sovereignty of God who holds the universe and earth’s changing seasons and temperatures in place for His purposes.

Climate Change is another sign of the last days and according to Revelation 8, God will purposely judge earth’s ecology in the Tribulation for man’s misplaced worship of “Mother Earth” instead of God Almighty.