Will the Rapture Occur on a Jewish Feast Day? 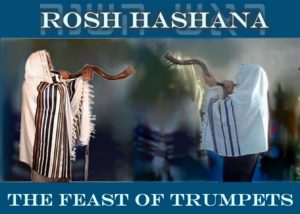 There is a growing movement to use the Jewish Calendar and Jewish Feast Days as pointing to the end times and the Rapture of the church. Over the last few years, dates have even been set for the Rapture using the Feast of Trumpets (the Jewish date of Tishri 1, which usually occurs in September). In recent years, prophecy teachers have claimed the Rapture would occur every September since 2011.

Like the tetrads, blood moons, the eclipse of 2017 and the September 12, 2017 hoax, these Jewish Feast Day speculations produce a lot of hype and end in confusion.

Those who insist that the Rapture can somehow be connected to Israel’s ancient calendar are committing a serious error.

We must be mindful that, since Christ came into our world, we are under a New Covenant, not the Old Covenant that governed Israel. When the Temple veil was rent from top to bottom (Mt. 27:51) at the moment of Jesus’ death, the Jewish traditions, ceremonies and holy days became a thing of the past,

So let no one judge you in food or in drink, or regarding a festival or a new moon or Sabbaths, 17 which are a shadow of things to come, but the substance is of Christ. (Col. 2:16-17)

The church is no longer held responsible to keep Israel’s Feast Days or to maintain the Jewish calendar just as we do not need to bring a lamb sacrifice into the church.

The Rapture is a church event exclusively for the Body of Christ and is not meant to be mixed up with the Mosaic Law Celebrations for ancient Israel.

It is a mistake to mix the old with the new and therefore an error to use Jewish Feasts and Celebrations as a guide for end times prophecy relating to the Rapture of the Church. 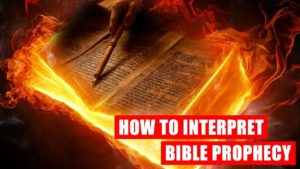 The following truths have helped me immensely through the years.

Not only have they enabled me to reject the date setters but they’ve helped me avoid being swept up into the end time hysteria’s of false predictions.

After Jesus revealed the Rapture to Paul, the Apostle Paul faithfully taught it to the church in his Church Epistles. By design, the Rapture, and the resurrection that occurs at the time of the Rapture, are only for the church, the Body of Christ, and have nothing to do with the nation of Israel or its ancient calendar.

3. We must Never Confuse Israel with the Church (1 Cor. 10:32). Israel and the church are two separate groups that have two separate plans designed by our sovereign God.

4. The doctrine of the Imminency of the Rapture is a Foundational Bible Truth.
Imminency means that the Rapture is always at hand and can happen at any moment but its time cannot precisely be known
(1 Thess. 1:9-10; Titus 2:13; James 5:8-9; 1 Peter 4:7) 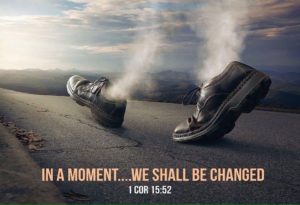