When It Can’t Get Any Worse 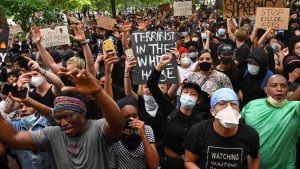 I told you at the end of last year that 2020 was setting up to be the perfect storm, a year like no other, that this would be the year of prophecy, and we would be asking…

can it get any worse?

Here’s a recap,
and we’re not yet half way through! 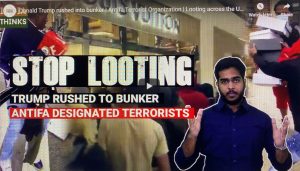 The storm brewing in 2020 makes it painfully obvious we are living in the latter days of the church-age.

The times have changed so much since early 2020, almost everyone is breathless and saying the same thing—just when you think it can’t get any worse… it does!

Whoever thought an invisible enemy, a virus no less, could turn the world upside down and bring the earth to a stand still?

Let’s consider just a few of these issues.

Just when you think it can’t get any worse:

The stage is being set for the Tribulation, yet most people are clueless because Bible prophecy has been deemed irrelevant and inconvenient.

At a time when the church needs clarity about what in this world is going on, it sits mutant and afraid to speak.

The world is now living in the shadow of the Tribulation so we better get used to it. But that also means we are living in the season when Jesus promised He would return. I hope you are ready and watching and the blessed hope of the soon return of Jesus is on your mind and heart,

Looking for the blessed hope and glorious appearing of our great God and Savior Jesus Christ. (Titus 2:13)

Did you ever think you’d live to see the kaleidoscope of the bazaar like the first half of 2020?

We’re not just end-time kooks wandering down Main Street warning about a zombie apocalypse. We’re warning that the Bible predicted a whole range of things that would set the stage for the final moments of the church-age and that the Church would be removed before the curtain could go up and that final dramatic scene of the seven-year Tribulation could be played out.

That final scene is imminent. Everything is falling into place. Don’t delay putting your faith in Jesus Christ as Lord and Savior of your life. You are not guaranteed a tomorrow to make that call.