When Is The Battle of Gog and Magog? 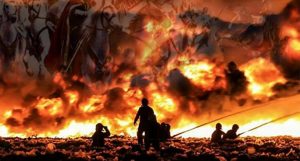 The world today is like a bomb with a lighted fuse!

Conditions everywhere indicate that it is only a matter of time before the bomb is ignited. Once lit, 7-years later, the Day of the Lord will end with the traumatic events of the Battle of Armageddon on the mountains of Israel.

But when does the Battle of Gog and Magog take place? Is it different than Armageddon? If so, should we be looking for Russia to invade Israel soon? 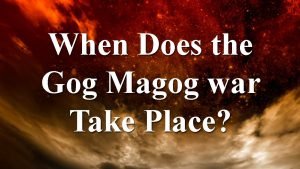 For the last five decades, the Battle of Gog and Magog has caused a lot of confusion in the church regarding who, what, when and why the battle takes place. It is almost universally accepted that Ezekiel’s invasion of Israel will be led by Russia and could take place any day now.

So should we be looking for Russia to invade Israel soon?

I don’t think so!

In a few weeks we are going to study this controversial end-time war from Ezekiel 38 and 39. For decades, popular prophecy teachers have told us this is a preliminary invasion of Israel led by Russia that has nothing to do with the Battle of Armageddon. We’re going to explain why the Russian theory is misplaced and simply not correct.

The Prophet Ezekiel describes this end-time invasion of Israel from the north. He refers to Gog as the prince or leader of a coalition of Muslim nations who I believe is Antichrist. Ezekiel tells us that the ruler Gog is from the land of Magog which is a reference to Turkey.

So in a nutshell, I see this as Antichrist leading the Caliphate armies into Israel for the final Battle of Armageddon. In-other-words, like most prophecies in the Book of Revelation, Ezekiel’s prophecy is simply telling the Old Testament version (Amos 3:7) of the same story of the New Testament Battle of Armageddon that John tells in Revelation 14, 16, 19 and 20.

So to help prepare for the May 18 class, please take the time to read and study Ezekiel 38 and 39. I recommend the MacArthur Study Bible (large print). You can also get the App.

Here are Four Study Questions to ponder about the Ezekiel War:

1. Is Ezekiel 39:11-16 describing the clean up of modern nuclear weapons? Are nuclear weapons described elsewhere specifically during the Battle of Armageddon? See Zech. 14:12-15

4. Is Gog, Antichrist, or is he some unknown preliminary invader (Putin?) disconnected from all other Bible prophecy? If Russia isn’t found somewhere else in Old Testament Bible prophecies than how can it fulfill Ezek. 38:17?

So the House of Israel shall know that I am the LORD their God from that day forward.
Ezekiel 39.22