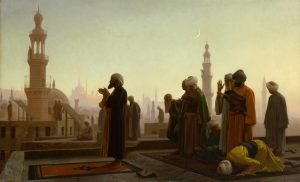 What is the Image of the Beast Described in Revelation 13:15?

Few prophecies generate more wild speculation than the image of the beast that speaks!

The interpretation of the image that speaks and how it speaks is one of the topics we will decode this Tuesday related to the Empire of Antichrist.

Prior verses note that the False Prophet will be able to perform false miracles to deceive people (Revelation 13:13–14). Then the False Prophet oversees the construction of something that speaks and is identified as the Image of the Beast.

The mandatory death sentence to those who refuse to bow and worship the image is a clear parallel to Nebuchadnezzar’s ruling in Daniel 3 that whoever refused to bow down and worship his image must be killed.

At that time, Daniel’s three friends refused to worship the image and were thrown into a white-hot furnace, but God delivered them (Daniel 3). Similarly, a remnant of faithful believers will refuse to bow down and worship the Image of the Beast in the Tribulation will be killed.

Nebuchadnezzar’s Image and the enforcement of mandatory worship in Daniel 3 is a picture that foreshadows the False Prophet’s image in Revelation 13:15.

They go together. Daniel 3 lays the foundation for helping us interpret and better understand Revelation 13:15. 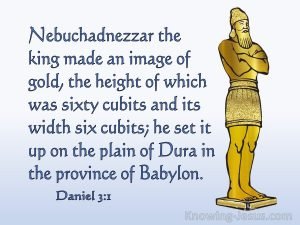