Voting Democratic is Not an Option. Their Platform of Immorality will bring judgment on America! With 2-weeks left, America needs prayer! 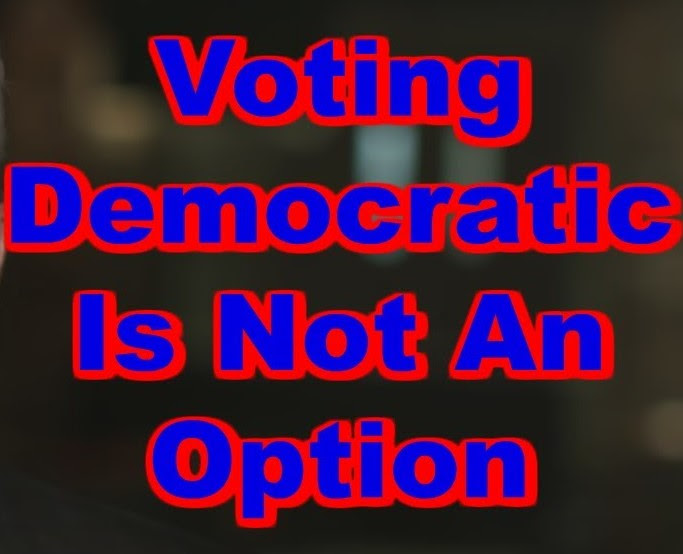 2020 has been shocking to all of us but as the election approaches, one of the biggest shocks is just how far the American left has drifted from God. And how much their influence is dragging America into the danger zone of God’s judgment.

The Apostle Paul in Romans chapter one reveals how God views the decline of a culture into immorality and shows that the acceptance of LGBTQ policies and practices is the bottom moral rung on the ladder for any society and will bring God’s judgment. In this regard, America is in trouble.

24 Therefore God gave them up to uncleanness, in the lusts of their hearts, to dishonor their bodies among themselves…26 For even their women exchanged the natural use for what is against nature. 27 Likewise the men, leaving the natural use of the woman, burned in their lust for one another, men with men committing what is shameful… 28 As they did not like to retain God in their knowledge, God gave them over to a debased mind… 29 being filled with all unrighteousness, sexual immorality, wickedness and haters of God… 32 who, knowing the righteous judgment of God, that those who practice such things are deserving of death, not only do the same but also approve of those who practice them.

The culprit in this case is the Democratic party and their 2020 platform that is filled with every moral vice God hates. The godless culture of Romans 1, that is guaranteed to bring God’s Judgment faster than an Iranian missile or the Chinese flu, has now become the norm in America. Not only is open immorality a characteristic of the people in our nation, it’s affirmed as the official Democratic Party Platform:

#1) Open Sex with government-provided contraception, #2) Murder of babies in wombs, #3) God left out of the platform, #4) Pro-LGBTQ education in all schools from kindergarten through high school, #5) Same-sex marriage, #6) Sexual neutral restrooms on government property and #7) the promotion of transgenderism across the board.

Of course all of these vices are to be tax payer funded.

The Democratic Party has now made Romans 1 and the sins of Romans 1, their agenda.

They have enshrined Sodomy. What God condemns, they affirm. What God punishes, they exalt. The Democratic Party has become the anti-God party and the sin-promoting party.

By the way, there are 92,000,000 registered Democrats in this country who have identified themselves with that party and maybe they need to rethink that identification. I know that some of you are now thinking, “Why are you getting political?” Romans 1 is not politics. The Bible is not politics.

This has nothing to do with politics. This has to do with what God’s Word says about the culture of the United States of America.

Voting Democratic is not an option. No born-again believer can biblically align with the Democratic Party’s Platform of Immorality in 2020.

It’s not about personalities either; it’s about iniquity and judgment. And why do I say this? Because these policies must be recognized for what it is—they condone sin, destructive sin. You say, “Well, our society cultivates tolerance and you’re giving hate speech.”

What I’m saying is not hate speech. What the Democratic Party is saying is hate speech because their platform aligns with the things God hates. Take note of that fact because that’s what we should fear the most! This can’t continue. God hates the path that our country is taking. Christians need to wake up and open their eyes to the fact that America is sliding down the slope of no return.

Here’s an important point to keep in mind. Since the Bible says that the role of government is to punish evil doers and protect the good (Romans 13:3), it’s crucial to have the party in power who understands what is good and what is evil. And if you think homosexuality, abortion, sexual freedom, hating God are not evil, then you better go back and check your Bible again.

Can Trump and Pence win re-election?

A massive movement of Evangelical prayer throughout the U.S. is pleading with God not only for revival and a Great Awakening but for mercy to maintain the pro-life, pro-freedom, pro-growth, pro-Israel policies that Trump and Pence are pursuing.

Tens of millions of Evangelicals are also praying that the Lord will not let Biden and Harris win and adopt more pro-LGBTQ policies and appoint pro-abortion, federal judges and Supreme Court Justices, massively fund Planned Parenthood abortion services, increase taxpayer funding of abortion, restrict religious freedom, massively raise taxes, and completely undo and reverse all the pro-life, pro-growth and pro-Israel progress that has been made in the past four years.