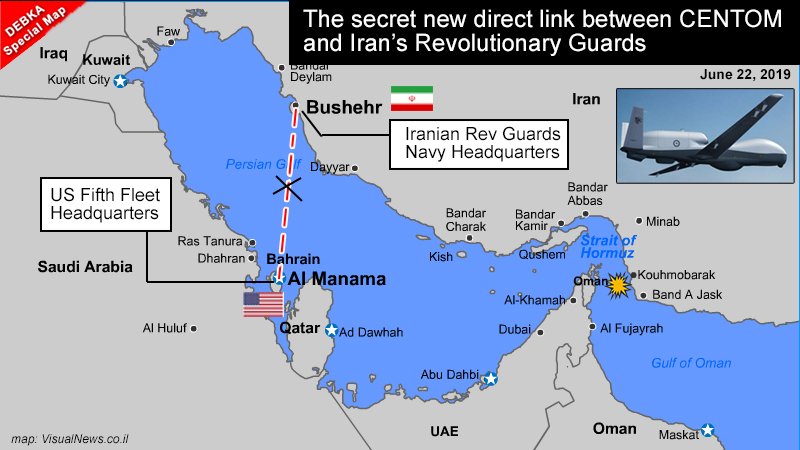 U.S. Military Moves into Position Across the Persian Gulf from Iran

The map above shows the US Navy’s 5th Fleet HQ in Manama, Bahrain linked with a direct communication line to Bushehr, Iran the base of the Revolutionary Guards Navy HQ 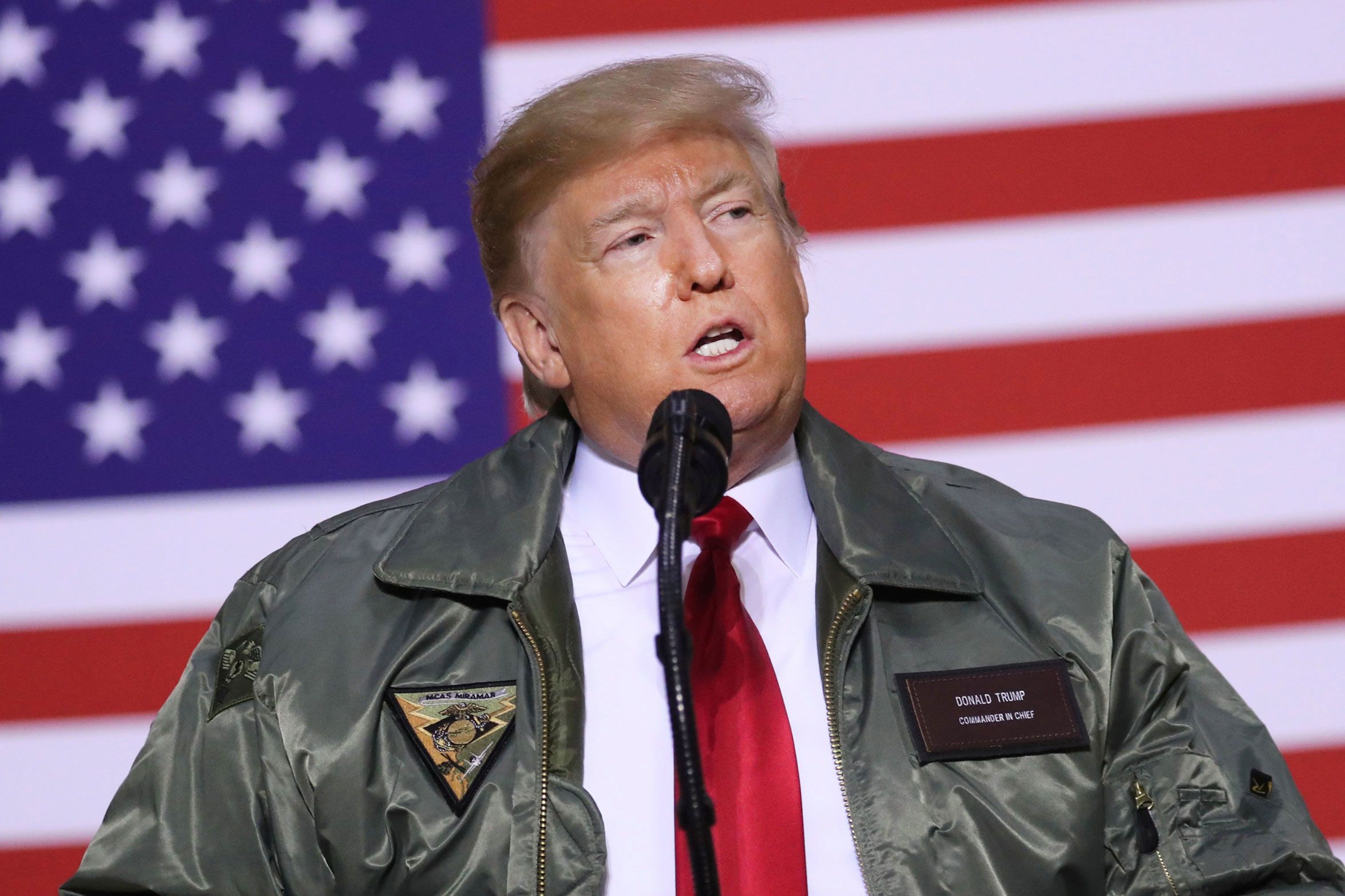 Direct Channel for Both

President Trump gave Tehran prior notice ahead of the US attack on Iranian missile sites that was aborted last Thursday, June 20. The commander and chief warned the Iranians the US attack was “imminent,” but added he is against war and wants to talk.

Iranian officials replied that it was up to supreme leader Ayatollah Ali Khamenei to decide on this issue but they believe he is against any talks. The exchange stopped there.

DEBKAfile’s military and intelligence sources report exclusively that some of the messages the US and Iran exchanged shortly before and after the Iranian surface-to-air missile shot down a Navy drone over the Strait of Hormuz on Thursday did not go through any third party.

They were channeled directly through a new hot line established to create a direct link between the US Fifth Fleet in Manama, Bahrain and the Bushehr based Revolutionary Guards Navy HQ.

The main stumbling block in this communications process is there is no way of knowing for sure which messages actually reached the supreme leader. Washington channeled a second set of communications through Qatar both US and Iranian officials told reporters.

Hot lines especially in the Middle East are designed for emergency contacts between opposing powers to avert unintentional war. They are already maintained by the US and Russia, the US and Israel and Russia and Israel.

This mechanism works only when it suits both parties. When one of the sides is intent on concealing its actions from the other, the link goes silent.

This breakdown of communications through the new hot line was behind the complaint heard from Gen. Amir Hajizadeh, chief of Iran’s Revolutionary Guards Aerospace Command: “Iran warned the US drone four times, and the drone would have transmitted the warnings to its central stations.

Unfortunately, when they failed to reply, and the aircraft made no change to its trajectory… we were obliged to shoot it down.”

That’s the Iranian side… the US insists the drone was shot down in an “unprovoked attack” in international airspace over the Strait of Hormuz.

It appears the actual decision by Trump is more complex and that he has gambled on diplomacy and sanctions while being wary of starting an unpredictable, new military interaction.