Turkey’s President Erdogan Says Jerusalem Belongs to Turkey! Issues Fiery Warning That He Will Take It!!

Turkish President Recep Tayyip Erdogan has warned the world that Jerusalem “belongs” to Turkey, harking back to the Ottoman Empire’s control over the city for 400 years from 1516 to 1917 when they were defeated by America and the ally’s in WW1. 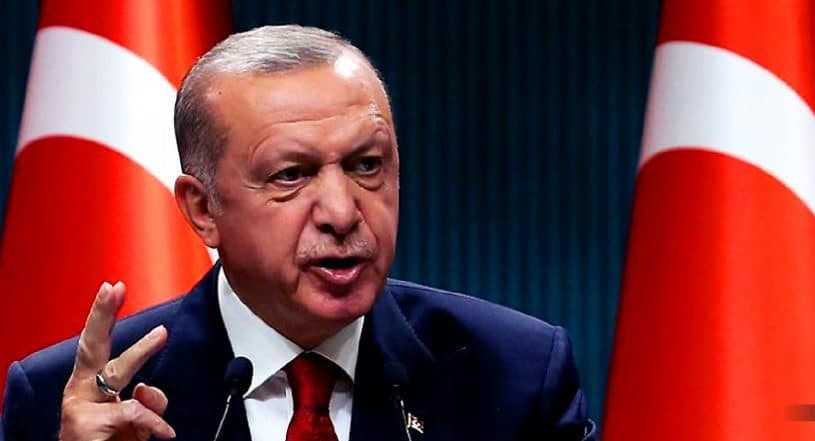 The state of Israel is the central nation of Bible prophecy while Jerusalem is the central city in the end time struggle. But beyond that, the central prize that Satan wants and the epicenter of the final battle is the 35 acres of the Temple Mount that Turkey now claims belongs to them.

Turkey’s claim to ownership and an Islamic proprietary interest in the city defies thousands of years of accepted wisdom that confirms some of Judaism’s holiest sites are located in the West Bank and eastern Jerusalem.

These include the Temple Mount and Western Wall in Jerusalem; the Tomb of the Patriarchs in Hebron; and Joseph’s Tomb in Nablus. That did not stop Erdogan during his lengthy speech to the Turkish parliament lamenting the fate of Jerusalem and Palestinians and reaffirming his embrace for the terrorist group Hamas that controls the Gaza Strip and continuously launches rockets into Israel.

The Battle For Jerusalem

The conclusion is that 1). Jerusalem is the capital of Israel, that 2). Jerusalem is where God has placed His own Name, and 3). that God has given it to the Jews forever.

Israel is the timeclock of bible prophecy in general, and Jerusalem is the jewel in the clock in particular. Jerusalem is why there is no peace between Israel and the Palestinians, because both sides claim Jerusalem even though it stood as the “city of David” for thousands of years.

Solve the Jerusalem problem, and you will have peace in the Middle East, but it will be the false peace of Antichrist. God will allow Satan 7 short years to take it, with the outcome being decided in Revelation 19 and the Battle of Armageddon.

Erdogan doesn’t believe the Bible but instead he follows Islam, the false religion of Antichrist whom the Lord Himself will defeat with the “brightness of His coming” (2 Thess. 2:8).