As all sides move to finalize the peace deal between Israel and the United Arab Emirates (UAE), it’s causing a political shuffle across the Middle East and has significant prophetic implications. 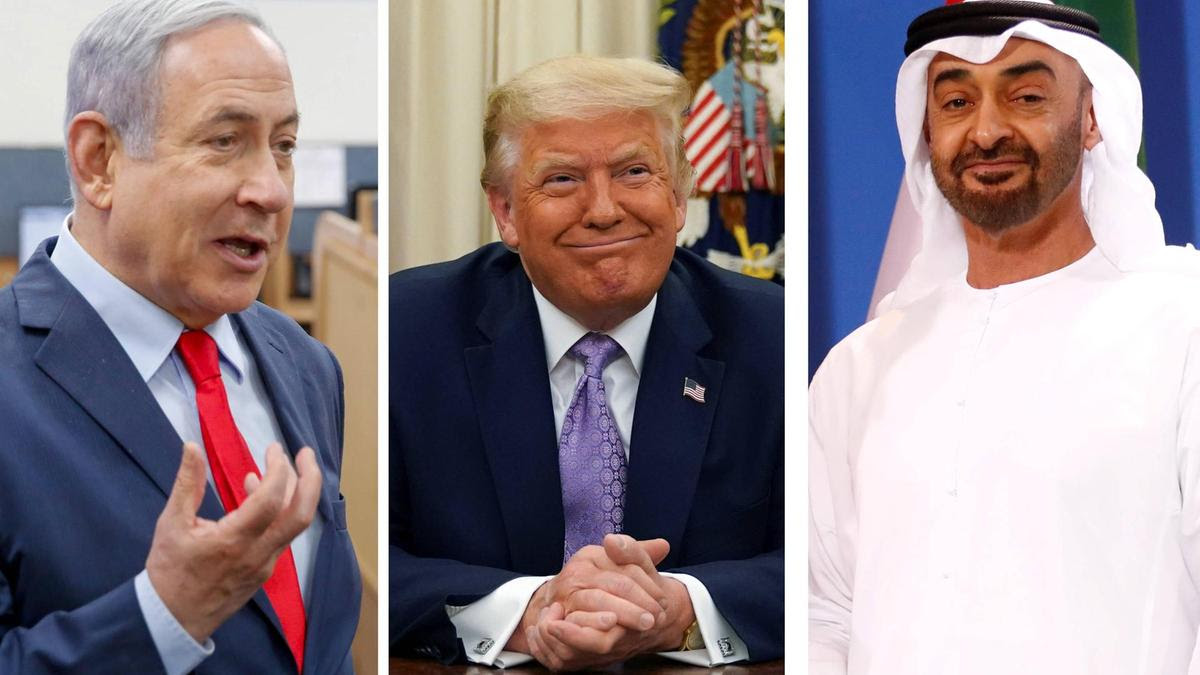 The world was shocked by the recent stunning announcement by President Trump that the United States had moderated talks between the UAE and Israel leading to a “peace deal” between the two Middle Eastern countries.

The news of the deal sent a shockwave across the Arab world and into the US, with many wondering how this was possible, why now, how long had the deal been in the making, and what consequences would follow.

President Trump aptly named the historic peace agreement the ‘Abraham Accord’ which he brokered between Israel and the ultra-modern Gulf Arab nation, United Arab Emirates (UAE).

For only the third time in 72 years, a peace treaty has been signed between Israel and an Arab state.

Israel and the UAE agreed to full normalization of relations that was worked on by Israeli Prime Minister Benjamin Netanyahu, UAE’s Crown Prince of Abu Dhabi Mohamed bin Zayed and President Trump.

Netanyahu called the deal “full, formal peace,” with “one of the strongest countries in the world,” according to The Jerusalem Post.

Trump called it “a truly historic moment” and said, “Now that the ice has been broken, I expect more Arab and Muslim countries will follow the United Arab Emirates.”

Is this the Last Days Peace Plan that is Prophesied in Scripture?

What prophecy students are asking is, is this deal part of the Trump peace plan called the “Deal of the Century”?

The short answer is no, the new peace treaty between Israel and the UAE is not part of the Trump Peace Plan that was announced in January.

However, one important aspect of this deal is that it has the potential to influence other Arab countries and inspire future deals between Israel and its neighbors that definitely will affect the Trump Peace plan. Here’s what I mean.

Against all the pundits, President Trump’s ‘Abraham Accord’ has put in motion a positive strategic shift across the Middle East bringing Arab states and Israel into a friendly coalition with far-reaching implications.

The Arab nations are finally coming to the realization it’s safer to partner with Israel than stand-alone against the rising threats of Turkey and Iran. They’ve also come to understand that Israel, and by extension, America, offer far more benefits than danger and will provide stability and greater deterrence for them in the region.

The UAE is one of the most modern countries on earth and has become a financial powerhouse in the Middle East. All you need to do is google up some pictures of their modern beauty and innovative shoreline to see what I mean.

Because of their international standing and western flare, once the UAE broke ranks and signed a peace agreement with the Jewish State it was a game-changer that will open the door for others.

Fellow Gulf nations Bahrain and Oman immediately signaled their support and interest to make peace with Israel, and the countries of Sudan and Saudi Arabia followed with many more possibilities.

The Gulf, Arab states share Israel’s fear that Iran is working to develop nuclear weapons, and issued a harsh statement calling on Iran to back off from its threats.

The head of the Gulf Cooperation Council that represents the six Arab nations neighboring Iran called on Iran to respect the “non-interference in internal affairs” of the UAE and “to cease threatening language that does not serve security and stability in the region and the whole world.”

In an important turn of events, Israel’s peace with the UAE influenced Israel to suspend their plans to annex 30% of the West Bank land, one of the ingenious incentives of the Trump Plan.

In turn, the UAE and other Gulf States have indicated they would like to work with Israel to influence the Palestinian Authority to accept the Trump Peace Plan for a Palestinian State.

Normalizing relations between Israel and its neighbors will ultimately lead to Israel’s final peace deal with Antichrist before the 7-Year Tribulation.