The fallout from the ongoing war in Syria, the continuing hostility of the Syrian government toward Israel, and the military advances Iran is making in Syria toward Israel’s northern border have made the Golan Heights indispensable to Israel’s future security and prosperity.

In light of this reality, President Donald Trump recently stunned the world by issuing an Executive Order that stipulates the United States officially recognizes Israel’s sovereignty over the Golan Heights. 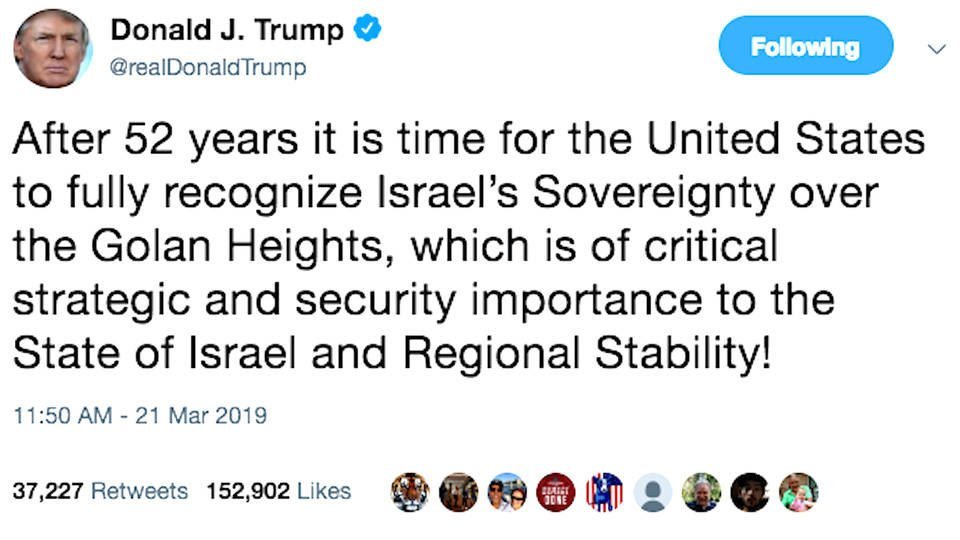 Until President Trump’s brave declaration, no nation on earth stood with Israel on her Golan Heights annexation.

In 1967, during the remarkable Six Day War, Israel captured the Golan Heights from Syria. In 1981 Israel’s Knesset voted to annex it making it part of the land of Israel.