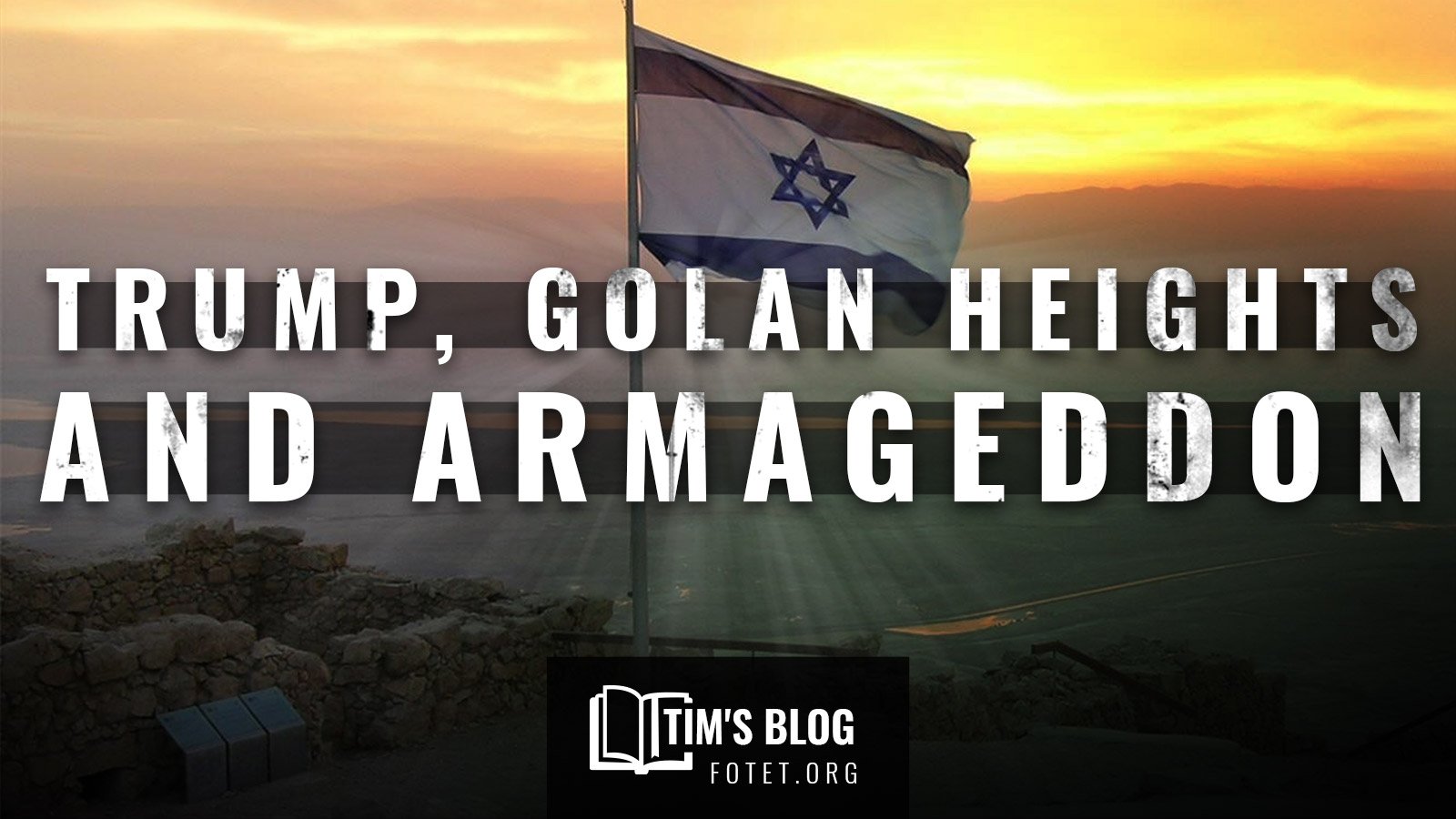 And the United States

On the Golan Heights

The fallout from the ongoing war in Syria, the continuing hostility of the Syrian government toward Israel, and the military advances Iran is making in Syria toward Israel’s northern border have made the Golan Heights indispensable to Israel’s future security and prosperity.

In light of this reality, President Donald Trump recently stunned the world by issuing an Executive Order that stipulates the United States officially recognizes Israel’s sovereignty over the Golan Heights.

Until President Trump’s brave declaration, no nation on earth stood with Israel on her Golan Heights annexation. 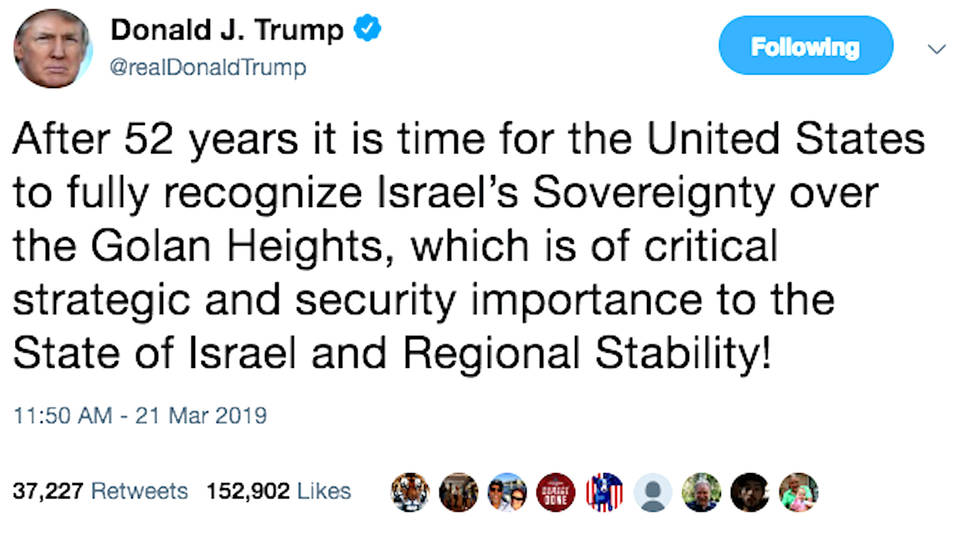 In Ezekiel’s prophecy outlining the battle of Gog and Magog (The Old Testament version of the Battle of Armageddon) it appears that the mountainous region of the Golan Heights is part of the “spoil” (Ezekiel 38:12-14) that the invading Muslim armies want to take back from Israel in the Battle of Armageddon!
In 1967, during the remarkable Six Day War, Israel captured the Golan Heights from Syria. In 1981 Israel’s Knesset voted to annex it making it part of the land of Israel.

One of the hallmarks of the Trump Presidency is the unique way God uses him to accelerate last-day events.

Over and over, as if on cue, the president makes major decisions effecting biblical, last-day events. It’s like an angel whispers in his ear, “OK, this is what you need to do to fast-forward the end times.”

In March of 2019, he hit the prophetic bulls-eye, when he declared that the United States would recognize Israel’s control over the Golan Heights. That didn’t set well with Israel’s enemies.

On April 26, 2019 Turkey and Iran condemned the US decision recognizing Israel’s sovereignty over the Golan Heights.

Turkish President Erdogan promised to bring the issue to the UN saying, “Turkey will never allow the occupation of the Golan Heights to be legitimized.”

Then the leader of Turkey announced that President Trump’s Golan Heights statement threatens to become a “new Middle East crisis.” Imagine that!

Ezekiel chapter 38 describes a Turkish led invasion into Israel. Turkey and Iran lead a coalition of Muslim nations including Sudan and Libya into Israel for the express purpose of “taking a spoil.”
Interestingly, these radical Islamic nations already have forces fighting in Syria today just north of the border of Israel. Iran is represented by the Iranian Army and Hezbollah. Libya and Sudan are represented by the Free Syrian Army and by various Al-Qaeda rebel groups that are now fighting in Syria.

Through the Golan Heights

What’s evident from this prophecy is that three times Ezekiel describes the invading armies come into Israel “from the north” (Ezek. 38:6, 15; 39:2).
This means the path to Armageddon will come through Syria directly through the Golan Heights into Israel. The incentive for taking this route is to take back the “spoil” of the Golan Heights.
In other words, part of the reason for the Battle of Armageddon is because the Islamic nations are still angered over what they see as Israel’s theft of the Golan Heights and their battle plans are to reclaim it, just as Ezekiel said 2500 years ago.

No peace plan is going to resolve the issue to their satisfaction. That’s because the Islamic countries don’t really want peace. What they’re looking for is to claim all the Holy Land for Allah!

President Trump’s Golan Heights decision has sparked controversy to the dissatisfaction of the enemy. In doing so, he’s brought another ancient prophecy onto the front burner.

We are living in the prophetic era of the end times with the looming Tribulation casting its shadow on our generation as never before.

Nations like Turkey and Iran are being drawn into the Palestinian theater but they don’t even know it.

According to Ezekiel, the Lord has the Israel hating nations hooked like fish and He’s reeling them into the arena for battle (Ez. 38:4). By the time they realize the mistake of their suicidal mission it will be too late as the body count climbs on the Golan Heights,

You will fall upon the mountains of Israel, you and all your troops and the peoples who are with you; I will give you to birds of prey of every sort and to the beasts of the field to be devoured. Then the nations will know that I am the Lord, the Holy One in Israel.
(Ezekiel 39:4-8) 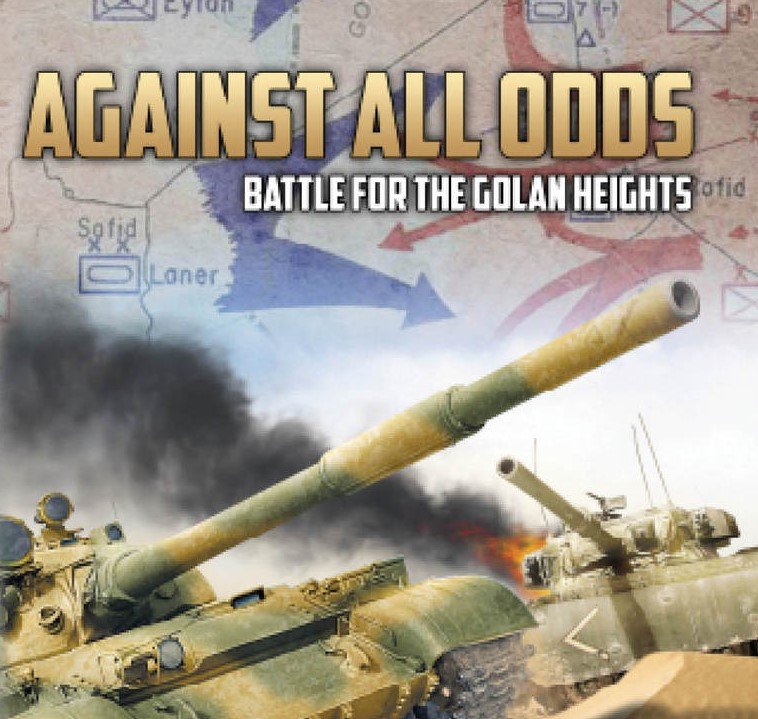 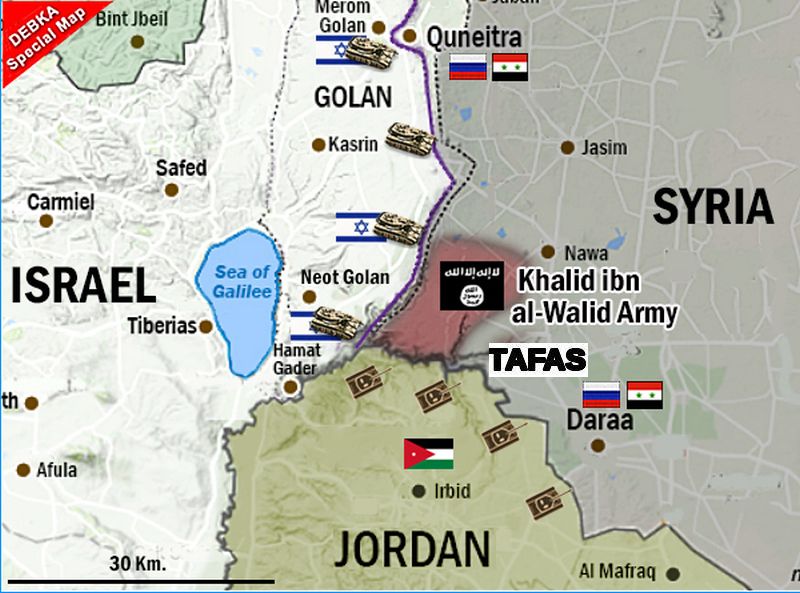