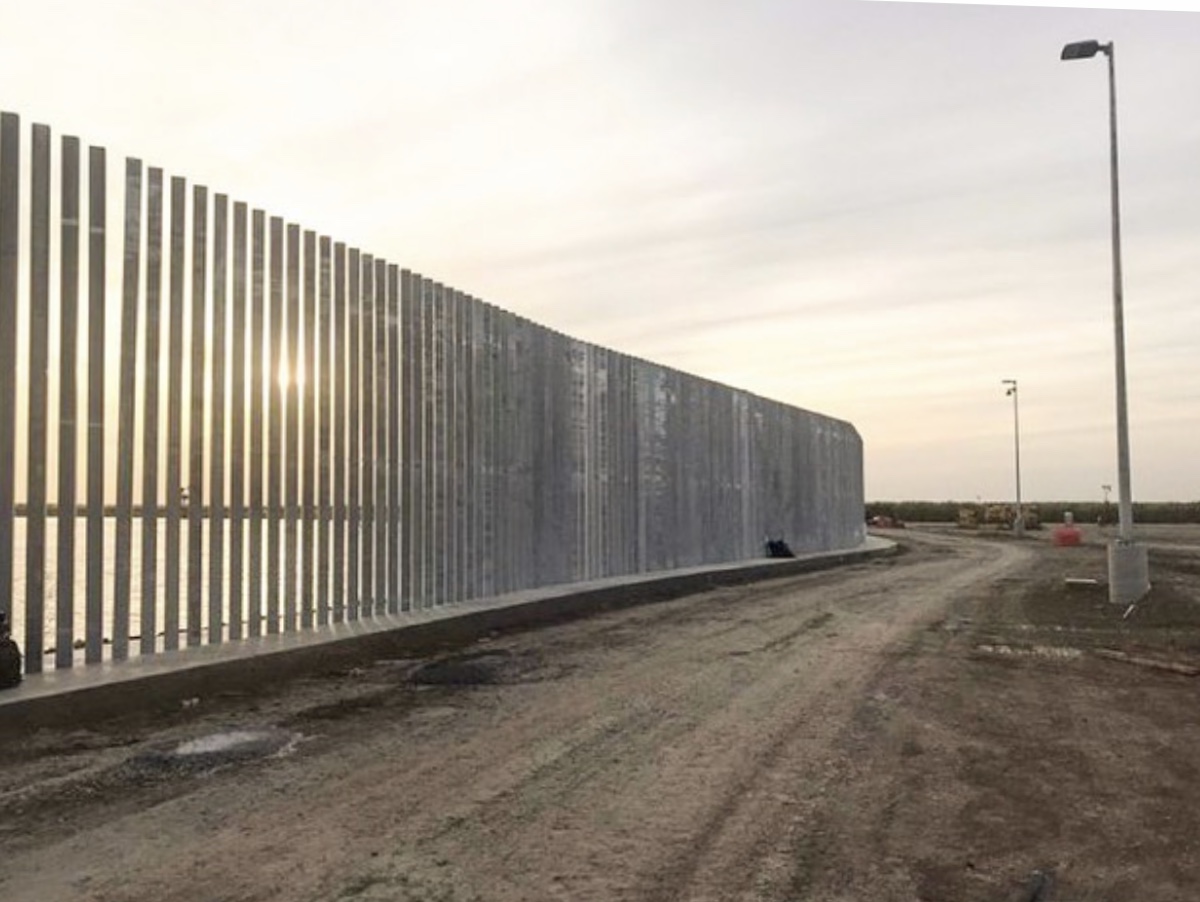 Despite relentless attacks, Democrats find themselves unable to stop construction of the Trump Wall from continuing.

After years of setbacks, President Trump is on track to build more than 450 miles of a Mexico border wall along the southern border within the year, the White House says, making good on a campaign pledge as he seeks reelection.

Speaking at the White House, Trump touted the reductions in border crossings. In a meeting with members of the Border Patrol Council, he said areas where the wall has been erected are “virtually 100 percent effective.”

“Illegal border crossings have dropped eight straight months in a row — that’s a big number,” he said. “Illegal crossings are down over 75 percent since last spring.

If you are an American patriot, this story is a good one, no, make that a great one!

President Trump is not only keeping his promise to build the border wall that over 63,000,000 Americans voted for back in 2016, but in typical Trump style, he is doing it at a higher level than what he originally promised would happen.

I Thought Mexico Would Pay For The Wall?

Now, someone will say, yes, the border wall is being built but America is paying for it, and not Mexico as Trump had promised. And this is where the story gets even better. President Trump has formed an alliance with Mexico, something no one saw coming, and through that relationship the entire country of Mexico has agreed to serve as a border wall.

Listen to what liberal news NBC says about it:

DONALD TRUMP HAS ACTUALLY KEPT THE MAIN PROMISE OF HIS 2016 CAMPAIGN, BECAUSE MEXICO IS PAYING FOR A “BORDER WALL.”

THE ONLY THING IS THAT IT’S NOT A PHYSICAL WALL AND IT’S NOT ON THE SOUTHWEST BORDER: IT’S A WALL OF MEXICAN NATIONAL GUARD MEMBERS ON THE BORDER BETWEEN MEXICO AND GUATEMALA, WORKING TO KEEP TRUMP’S PROMISES TO THE AMERICAN PEOPLE IN THE NAME OF MEXICAN NATIONAL SECURITY… AND CAPITULATION TO THEIR NORTHERN NEIGHBOR.

Migrants charge on the Mexican National Guardsmen at the border crossing between Guatemala and Mexico in Tecun Uman, Guatemala, on Jan. 18, 2020.

THE MEXICAN WALL OF PROTECTION WAS PUT TO THE TEST AFTER THOUSANDS OF HONDURAN MIGRANTS ARRIVED AT A BRIDGE CONNECTING SOUTHERN MEXICO AND GUATEMALA CLASHING WITH MEXICO’S NATIONAL GUARD. MEXICAN AUTHORITIES SHUT DOWN THE BRIDGE AND ATTEMPTED TO STOP THE MIGRANTS FROM MAKING UNAUTHORIZED ENTRY ELSEWHERE IN THE BORDER REGION BY PROMISING THOSE THAT REGISTERED FOR ASYLUM IN MEXICO COULD OBTAIN JOBS THERE. READ MORE

It might not be a concrete barrier overlooking the Rio Grande, but Mexico’s president has given Trump a big helping hand with immigration enforcement.

Even left leaning Politico is having to acknowledge that President Trump, against all odds, is keeping his border wall promise. It seems it’s hard to stop the Trump Train!

FROM POLITICO: “The project will substantially be done by the end of the year or early next year,” Jared Kushner, the president’s son-in-law and senior adviser, said in an interview Friday with POLITICO. “That was a promise, and it’s important that it’s now being accomplished.”

Since invoking an emergency declaration, the Trump administration has diverted enough money in 2019 and 2020 to build the wall in four locations along the Mexican border where most immigrants from Latin America cross into the United States.

A February 2020 film on the construction of new border wall being built east of Douglas, Arizona. An impressive undertaking. This video hopes to remind viewers how incredibly innovative & productive our construction industry is. It reminded me of the Alaska Pipeline Project I’ve visited in Alaska.

After the politics settle, our relationship with Mexico will dramatically improve, the environment will be just fine (as was the environment in Alaska post project), the word “illegal” immigrant will be gone, and in its place increased & rejuvenating legal immigration:

“Give me your tired, your poor, Your huddled masses yearning to breathe free, The wretched refuse of your teeming shore. Send these, the homeless, tempest-tost to me, I lift my lamp beside the golden door!”