Tim’s Devotional: ‘The Marvel of Unbelief!’ 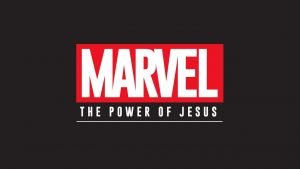 The Marvel of Unbelief
Don’t Choke Off God’s Blessings

“He could do no mighty works there, except that He laid His hands on a few sick people and healed them.”
Mark 6:5
What does Mark mean that Jesus could do no mighty works there? Does he imply that their unbelief actually restricted Jesus’ power to do miracles? I hardly think so. The unbelief of the Nazarenes did not hinder His power; it simply kept them from it. Because of their unbelief, they didn’t bring the lame, the blind, and the sick to Jesus. Thus, He did no mighty work there because they did not offer Him any such opportunity.

Throngs of people had met Jesus throughout Galilee. They brought their sick from all over the region in order to be healed. But here in Nazareth was a totally different story. From a distance, they merely wondered, Where did this Man get this wisdom? And where did He get this power?

The amazing thing to me is that although God announced Himself to Abraham as El Shaddai, the Almighty God, yet the omnipotent God permits Himself to be limited by man. For example, the Bible tells us that God is “not willing that any should perish” (2 Peter 3:9). That’s the direct will of God. But in the permissive will of God, men do perish; men walk in their own evil ways.

The Bible says concerning the people of ancient Israel, “Again and again they tempted God, and limited the Holy One of Israel” (Psalm 78:41). God would have done much more for them, but their unbelief kept them from all of the good things God wanted to do. This was no limitation of God’s power but rather the people’s refusal to receive God’s love and power.

Not long before Jesus entered Jerusalem for the last time, Jesus cried out, “O Jerusalem, Jerusalem, the one who kills the prophets and stones those who are sent to her! How often I wanted to gather your children together, as a hen gathers her chicks under her wings, but you were not willing!” (Matthew 23:37). Jesus desired to do so much for them—but they refused.

God desires to bless and care for you and use you in a mighty way—but you can limit His work in your life through unbelief. Unbelief will keep you from the love of Jesus Christ and from salvation. Unbelief will keep you from His peace. It will cause you to go on in darkness, to continue in sin, to feel frustrated and suffer with all the dreadful anxieties, worries, and miseries that accompany a life of unbelief. Or you could believe—and be blessed.

Only twice does the Bible say that Jesus “marveled” at something, and in both cases it was a matter of faith. He marveled at the faith of a Roman centurion who recognized His absolute authority to heal, and He marveled when the people of Nazareth refused to believe in Him. Mark says simply, “And He marveled because of their unbelief” (Mark 6:6a).

Unfortunately, even Christians can at times be guilty of not trusting in God’s Word. It is something to marvel at, since disbelieving the Word of God can hold you back from a life of rich abundance. Unbelief causes many Christians to wander in the wilderness. They continue to struggle with the flesh and don’t go anywhere. They don’t conquer the things God wants them to conquer. Instead of living a victorious life, they feel defeated.

How often we come to some crossroads of faith and moan, “Oh, but this is a weakness of mine,” or “This is a problem that I’m facing,” and we say we can’t do it. We don’t trust God to do the things He has promised to do, tempting God by our unbelief. Peter said we have been given
“exceedingly great and precious promises, that through these you may be partakers of the divine nature” (2 Peter 1:4). God has given us glorious promises of victory—promises of deliverance from the powers of darkness—but unbelief will keep us from pressing in. God has provided all we need.

As the people of ancient Israel prepared to enter the Promised Land—after wandering around the desert for 40 years—God said to Joshua, “Every place that the sole of your foot will tread upon I have given you” (Joshua 1:3a). Every place where you put your foot down, it’s yours. You’d think they would have run around the whole country and just kept on running.

Even with Joshua leading the way, the Israelites didn’t take all the land God had promised them. They stopped short. They were living in the Land of Promise, but when they looked at the power of the enemy rather than at the power of God, fear gripped their hearts.

Don’t let unbelief keep you from all the great things God wants to do in your life.

God could be saying to you, “You’ve been in the wilderness long enough. It’s time to move into the Promised Land. It’s time to go in, conquer, and take the victories I have for you. Experience the richness and fullness of a life of faith in Jesus Christ.”

Don’t choke off God’s blessings. By fixing your eyes on Jesus, the door remains wide open. He is merciful, gracious, kind, loving, and He delights in doing good things for all of His children.