Three Times! God Shows Up To Rescue The Perishing! 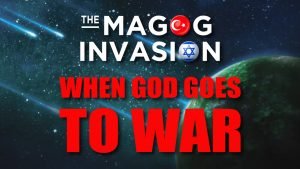 In 701 BC the Assyrian King Sennacherib successfully invaded most of the region around Jerusalem but God promised that he would not allow the Assyrians to enter Jerusalem.

The Assyrian Army had Jerusalem completely surrounded and the leaders were camped on the hill named “Nob” which is the hill just to the north of the Mount of Olives (Isa 10:32).

The Assyrians were ready to attack Jerusalem in the morning but God supernaturally intervened and the angel of the Lord (Christophany) took out 185,000 soldiers that night!  When Israel woke up they couldn’t believe there eyes. The dead bodies of the enemy forces laid scattered all around  Jerusalem.

Sennacherib the king of Assyria retreated back to the Assyrian capital city of Nineveh. Shortly thereafter he was killed by his sons. Nineveh is called Mosul today and is in northern Iraq.

For out of Jerusalem shall go forth a remnant, and they that escape out of mount Zion: the zeal of the LORD of hosts shall do this. Therefore thus saith the LORD concerning the king of Assyria, He shall not come into this city, nor shoot an arrow there, nor come before it with shield, nor cast a bank against it. By the way that he came, by the same shall he return, and shall not come into this city, saith the LORD. For I will defend this city, to save it, for mine own sake, and for my servant David’s sake. And it came to pass that night, that the angel of the LORD went out, and smote in the camp of the Assyrians an hundred fourscore and five thousand: and when they arose early in the morning, behold, they were all dead corpses.

Israel is in serious trouble just like they were that night in 701 BC, with nowhere to turn when Jesus Christ returns to Jerusalem and stands on the Mount of Olives at the end of the Tribulation period.

As Jesus’ feet touch down, the Mount of Olives will split in two; half to the north and half to the south allowing the Jewish remnant that are hunkered down on Mount Zion to escape through the newly formed valley and flee into the mountains east of Jerusalem.

4 On that day his feet will stand on the Mount of Olives, east of Jerusalem, and the Mount of Olives will be split in two from east to west, forming a great valley, with half of the mountain moving north and half moving south. 5 You will flee by my mountain valley.

Just when all seems lost for the Jewish remnant in Jerusalem their Messiah comes to rescue them. Has that ever happened to you?

As the armies begin chasing Israel through the newly created valley, they experience a repeat of what happened to Pharaoh and his army in the Red Sea. The wrath of Jesus is launched in a series of war ending catastrophes putting the lights out on Antichrist and his invading armies.

That’s three times! Once at the Red Sea. Then again in 701 BC against the Assyrian army. Then against Antichrist and his armies. Jesus shows up to rescue the ones he loves!

So how many times has God showed up and rescued you? I’ve lost count!

If God is willing to split the mountain to save Israel, let’s remember that He also promised to be just as faithful to us! He’ll do the same for you because His faithfulness to the church has no end!. When it all looks grim, just look to Him! 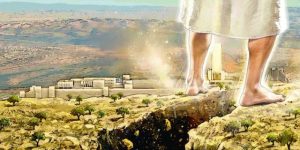