This Week’s News Of Prophetic Interest. 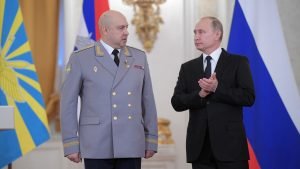 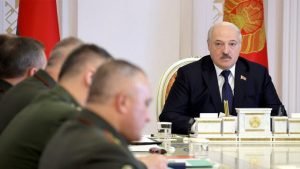 Belarusian President Alexander Lukashenko said on October 10 his country will deploy a regional group of military forces with Russia in response to Poland allegedly militarizing its border with Belarus. 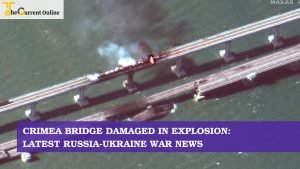 This Week’s News of Prophetic Interest

Thus says the Lord God: Come from the four winds, O breath, and breathe on these slain, that they may live. So I prophesied as He commanded me, and breath came into them, and they lived, and stood upon their feet, an exceedingly great army.
Ezekiel 37:9-10

This has been an earth-shaking week, and it seems we are on the verge of an escalation that may evolve into a third world war with nuclear weapons.

Please remember to pray for the US and Israeli elections in November as both will have a huge bearing on the decisions that are being made in Washington, Jerusalem, and through much of Europe, Ukraine, Moscow and the Middle East. The U.S. President and Congress affect the State of Israel more than any other entity on earth! So the enemy has a vested interest on election outcomes in America and Israel especially as we approach the Tribulation.

The world watched in awe as the Kerch Strait bridge erupted in a fireball on Saturday. The four-year-old, 12-mile bridge was a vital road and rail link to Crimea for Russia’s military. Though still unresolved, the blast was likely a missile that took out the bridge. Some feel that it occurred when a semi-truck full of explosives detonated as it was driving across. Russian authorities announced that they have arrested eight people – five Russians and three Ukrainians and Armenians – for the attack.

Russia was quick to retaliate,
targeting civilians, energy, and water. Hundreds have been killed in many of the major cities, including Kyiv, and the Ukrainian Ministry of Energy announced Tuesday that one third of its electricity production facilities were wiped out in just two days. The EU will partially pay the price for Russia’s energy targeting. Ukraine announced on Monday that it will stop exporting electricity to the EU because they need to keep for themselves everything they produce.

Also, in the post-bridge-bombing fallout, Russian President Vladimir Putin appointed Sergei Surovikin as the commander of the forces in Ukraine. It was immediately following this appointment that the intentional killing of civilians began across Ukraine. Surovikin has the reputation of being a butcher in his military role. He was greatly condemned for opening fire on pro-democracy demonstrators in Moscow in 1991, and, in his role as commander of Russian forces in Syria, he oversaw the use of chemical weapons by the Syrian government. This is an ominous turn of events for Ukraine

The threat against Ukraine from Belarus continues to grow. This puppet state of Moscow already serves as a military launching point for Russian missiles. Belarusian President Aleksandr Lukashenko, who seems to spend much of his time fruitlessly trying to prove that he is just as tough as his buddy Vladimir Putin, is accusing Lithuania, Poland, and Ukraine of training radicals in his country to carry out terrorist attacks. As a result, he is making threats against Ukraine and is amassing his troops along the border. Ukraine watches this with great trepidation, fearing another front opening in this war.

The weak government of Israel caved to Hezbollah’s threats this week regarding disputed gas fields with Lebanon. In the US-brokered agreement with the terrorist-controlled Lebanese government, Israel gave up their established maritime border with Lebanon, opening the door for Hezbollah and Iran’s IRGC forces to operate even more dangerously close to Israel’s northern border. The agreement also gave Lebanon veto rights when it comes to further border accords. This is not strength; it is appeasement. As Winston Churchill chastised Neville Chamberlain when the latter appeased Adolf Hitler and the Third Reich after the annexation of the Sudetenland, “You were given the choice between war and dishonor. You chose dishonor and you will have war.”

The political victory over Israel is one of the few positive recent events for Lebanon.  Lebanese banks closed their doors beginning last Thursday due to the extreme number of robberies by customers demanding to take their own money out of the institutions. This is just further evidence of the freefall of the country’s economy. Then, the Lebanese parliament postponed their election of a new president until October 20 after failing to secure a quorum at the session. The underlying cause of the problem is that there is no candidate that is acceptable to Iran and Hezbollah and its allies. The Lebanese people deserve so much better than they are getting.

In a sad move that shocked no one, the Church of England’s Archbishop of Canterbury and the Roman Catholic Archbishop of Westminster have both expressed “profound concern” over the potential move of the British embassy to Jerusalem. This is just part of the weak-willed, anti-Israel ramifications of a Replacement Theology that says that God is done with Israel.

Iran informed the IAEA that it was implementing three new cascades of the high-level IR-2M centrifuges used for enriching uranium. This, along with other centrifuge cascades, are being installed at the Natanz nuclear plant.

While their nuclear enrichment is going well, Iran’s iron-grip control on their people is being tested. Not surprisingly, the only two who believed the coroner’s report that the cause of death of Mahsa Amini, a 22-year-old woman who died while in custody of the morality police for not fully covering her hair, was “underlying disease” and not police brutality were the coroner and Ayatollah Khameini – and even they were a bit iffy. As the number of people who are taking to the streets grows, more are losing their lives. 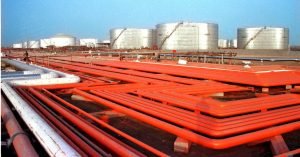 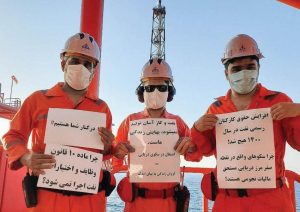 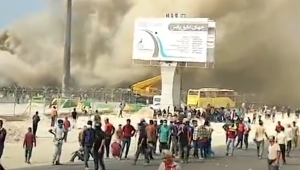 In what could be an ominous development for the regime in Iran, oil and petrochemical workers are reported to have come out on strike in solidarity with the protesters who have mounted fierce street demonstrations across the country for approaching a month.

More than 1,000 workers at the Bushehr and Damavand petrochemical plants carried out a threat to go on strike, blocking streets and chanting “death to the dictator”, according to Radio Farda. Social media indicated the walkouts then spread to the Kangan refinery.

The oil workers have threatened to “destroy everything they’ve built” if the government forces don’t lay down their weapons against the protestors. Because of the nation’s oil economy, this is a powerful block of individuals who had a huge impact in the fall of the shah’s government back in 1979.

Tension continues to build between the US and Saudi Arabia over oil. After President Biden told the Saudis that there “will be consequences” following the OPEC+ decision to cut production, the Saudi Ministry of Foreign Affairs issued a statement saying that their decision has no political motives. “It’s an economic decision. We will not accept dictates.”

A recent launch of missiles by Kim Jong Un’s military was a simulation of a nuclear attack against South Korea, North Korean government officials said. The intention of the exercise was to show both the South Koreans and the US that they are vulnerable to the Hermit Kingdom’s nuclear weapons.

Unfortunately, Ministries like Focus On The End Times are few and far between. Bible prophecy is shunned by the majority of Churches and Ministries, at the expense of one-third of the Bible and individual believers who desperately need the Blessed Hope that it provides.

Bible Prophecy is a profound witnessing tool, which is especially significant and unique to our generation. Jesus explained the power of prophecy as a way to open people’s eyes to the validity of the Gospel, saying, “I have told you before it comes to pass, that, when it is come to pass, ye might believe” (John 14:29).

The world news of today attests to the validity of Scripture because our world is reflective of what God’s Word describes about the time prior to Jesus’ Return and foreshadows many events the Bible states will take place during the Tribulation (Luke 21:28).

Equipping Christians with this reality not only provides them with a profound witnessing tool, but it also serves as a wake-up call for the sleeping church. Romans 13 states that “knowing the time” in which we live, and the nearness of Jesus coming for His Bride, should prompt the sleeping church to understand that “now it is high time to awake out of sleep” (Romans 13:11).

Since we began, it’s been a priority of FOTET to reach as many as possible in the sleeping church and wake them up to an urgency of the hour, the need to take a stand for truth, and sound doctrine.

We would like to thank all of you for your prayers, letters and support in 2022. Your dedication to speaking up for the Truth, our Blessed Hope, and the Gospel is critical in a time in which deception reins and laborers for His Kingdom are so few.

Please pray for our upcoming event. The title and theme of our upcoming special evening on November 8 is “Normal Isn’t Coming Back. JESUS IS.”