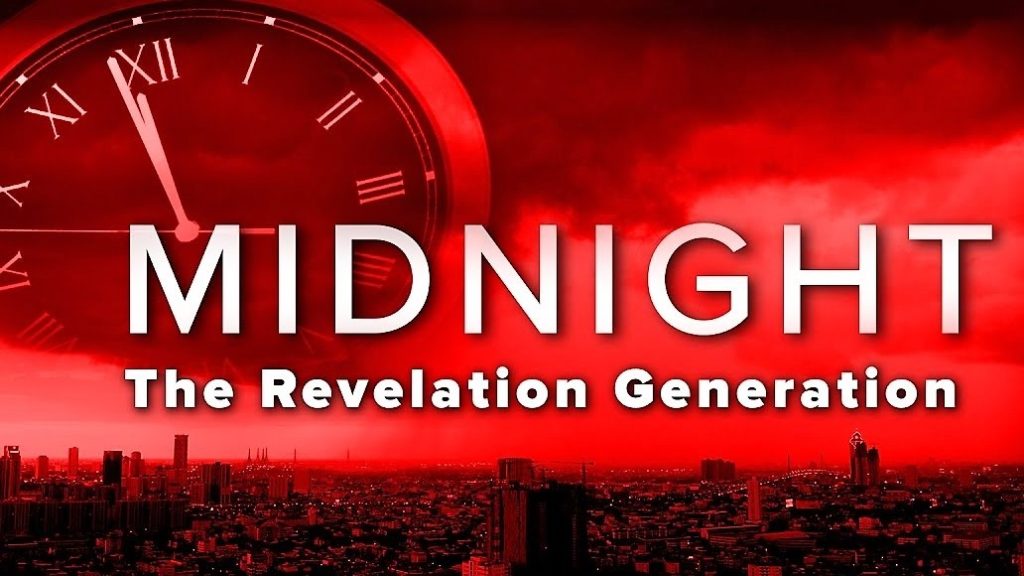 
Discover Prophecies That
Could Never Take Place
Until Our Generation

God is opening up an understanding of Bible prophecy today as never before and releasing the secrets to His end time church. In fact, the closer we get to the coming of the Lord the more understanding God seems to be pouring out. We see a hint of this promised in the prophet Daniel,

4 But you, Daniel, keep this prophecy a secret; seal up the book until the time of the end, when many will investigate the prophesies, and knowledge will increase.” (Daniel 12:4).

This verse promises that God will unseal prophecy as the end time approaches so that people will search for answers concerning the troubling events in the world and discover increased knowledge of understanding from God’s Word!

There are certain prophecies concerning the end times that could only be understood and interpreted by those who are living in the season of the end times.

For example, in the book of Revelation there are several remarkable predictions that in John’s day were both impossible to occur and impossible to understand. They could only be understood and implemented in our generation.

There are numerous examples in Revelation of prophesies that could not happen until more recent times. Many of them would have seemed bizarre to first century believers. Real head scratchers. Can you think of some?

Here are six prophecies that couldn’t be understood until our generation. I’ll discus 3 of them in this Blog and the other three in a follow up blog:

16 The number of the mounted troops was two hundred million. I heard their number. (Rev. 9:16) 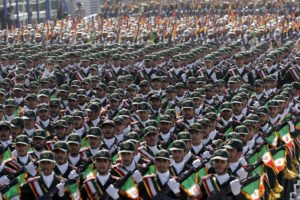 John speaks of a war during the Tribulation with a 200-million-man army marching across the Euphrates, which numerically did not exist in his day (Revelation 9:14-16). Even the Roman army in John’s day would have boasted of no more than several hundred thousand throughout the empire.

Earth’s first century population was estimated to range from 250-300 million. The Apostle John must have understood how absurd his prediction would seem so he immediately confirmed it by saying, “I heard the number.”In other words, “don’t think I’m crazy… that’s the size I heard!”

Notice this war takes place in the heart of the Middle East along the Euphrates corridor, a region that is now over 90% Muslim. For practical reasons, this prophecy must be describing Antichrist’s Caliphate invasion which is stationed in the Middle East at this time in the book of Revelation.

The world’s largest military (China) has only 2.3 million active duty personnel, and all world militaries combined have 20.2 million— a far cry from the 200 million troops spoken of here. So, like many end-times prophecies, we can only see how these things are possible when they actually start to unfold.

For years, prophecy teachers believed only China could muster an army this size. However, the passage never mentions China and there’s simply not enough time in the Tribulation Period, for example, for 200 million soldiers to march 4,000 miles from China to Jerusalem.

The logistics prevent that interpretation for this prophecy. For example, it took the Pentagon six months to move 500,000 (½ million) military personnel into the Middle East to invade Iraq in 1991. It appears more likely that the majority of these soldiers will arrive on foot or in their personal vehicles.

Only recently has the Middle East Muslim population exploded that could host an invasion of 200 million.

Pew Research reported that by 2030, the Middle East and North Africa Muslim population will be close to 450 million! The gathering of a massive Islamic invasion into the Palestinian theater is now not only possible but becoming a real and present danger and we are the first generation when this prophecy can be literally fulfilled. 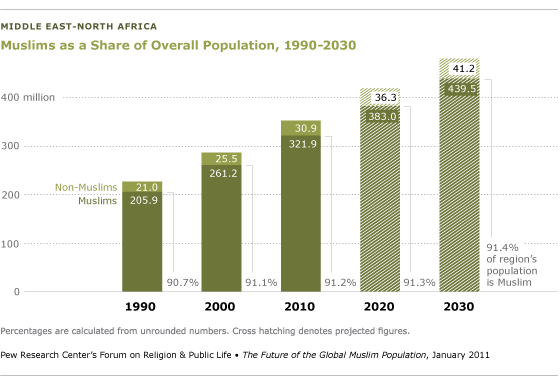 2. Drying up the Euphrates River


12 The sixth angel poured out his bowl on the great river Euphrates, and its water was dried up to prepare the way for the Kings from the East (Rev. 16:12).

In the Tribulation, much of the drying of the Euphrates will be due to a long drought caused by God’s 2-Witnesses (Revelation 11:6). However, in 1990, Turkey completed construction of the Ataturk Dam that can now control water flow and water levels of the Euphrates River with the push of a button! 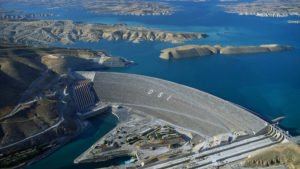 The Euphrates originates in Turkey, then flows through Syria and Iraq. Water sharing has been a source of tension in the region. Turkey and Syria have undertaken multiple large water engineering projects in recent years, including the construction of dams and reservoirs on the Euphrates.

So when Turkey completely cut off the flow of the Euphrates in May 2014, leaving millions without access to water and endangering the stability of Syria’s dams, the outcry was deafening. Farmers were fleeing the countryside in droves. Lake Assad was down by 6 meters, and it was predicted that if Turkey didn’t open the dams back up, the reservoirs would be depleted within two days. (Anjarini 2014)

One witness made the shocking statement that “No drop of the Euphrates now enters Syrian territory.” (al-Masri 2014)

The headwaters of the Euphrates begins in the mountains of Turkey and control of the Euphrates now rests in their hands. For the first time in history, it’s now possible to actually dry up the entire flow of the Euphrates River into Syria and Iraq and we are the first generation that could see this prophecy fulfilled.

9 For three and a half days the people from around the world will gaze on their bodies and refuse them burial. (Rev. 11:9-10) 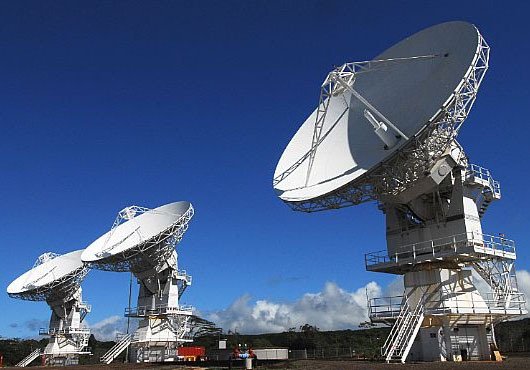 Worldwide Satellite Transmission has only become commonplace in the last few decades. For 2000 years,believers were stumped as to how this prophecy could be taken literally. How could people around the world all be watching the same thing at the same time?

After a successful ministry of 1260 days, covering the first half of the Tribulation, the two witnesses are killed by the Islamic BEAST (Rev. 11:7 – aka 10-King Caliphate) during the conquest of Jerusalem. 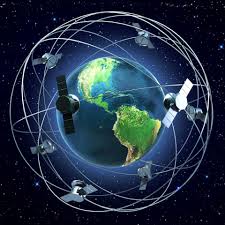 Glowing with success, Antichrist wants to send a message to the world. This is achieved by desecrating the bodies of the two men they hate the most.

The enemy refuses to bury God’s Two Witnesses and leavestheir bodies exposed to the elements for 3 ½ days while the world watches and mocks them laying there, “people from around the world will gaze on their bodies and refuse them burial.” (Rev. 11:9-10)

Islamic followers would certainly allow the bodies of noted individuals, those they deem to be infidels and enemies of Islam, to lie out in the open as an act of defiling their memory and to disrespect them in the eyes of the public. No other religious system practices such barbarism but Islam.

Watching from the other side of the world

Around the clock for three and a half days, the whole world watches the corpses of these two servants laying dead and motionless in Jerusalem. Only today is this prophecy realistic.The world’s a much smaller place today where satellite TV and social media can instantly broadcast live events for the entire world to watch simultaneously.

11 After three and a half days the breath of life from God entered them, and they stood on their feet, and terror struck those who saw them. 12 Then they heard a loud voice from heaven saying to them, “Come up here.” And they went up to heaven in a cloud, while their enemies looked on. (Rev. 11:11-12)

The prophecy indicates the whole world will gawk at their dead bodies as their images are flashed across social media and TV screens around the world. Then, in a sudden twist of fate, God resurrects them, live and on camera, and their enemies watch them ascend into heaven. 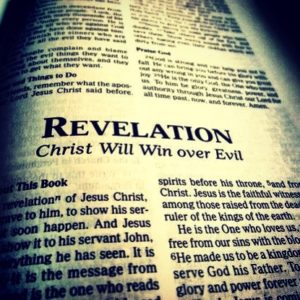 One thing is clear. It can no longer be said that the prophecies of Revelation are not feasible! And what does that mean? It means that the book of Revelation is coming true.

It also means that we are the “Revelation Generation,” that’s blessed to understand and interpret prophecy more than any generation before.

You can understand Revelation! Don’t let it scare you or confuse you. Just start reading it and ask the Lord to help you. It’s not meant to scare us, it’s meant to prepare us for what’s ahead… for Christ’s soon return!

3 Remember, therefore, what you have received and heard; hold it fast, and repent. But if you do not wake up, I will come like a thief, and you will not know at what time I will come to you. (Revelation 3:3) 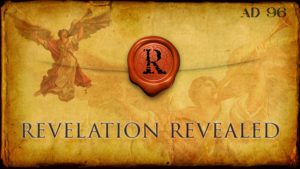