The Rapture Will Protect God’s Saints From The Tribulation! 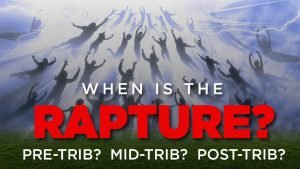 The Rapture will protect God’s saints from the Tribulation—the seven years of judgment that will be poured out on earth between the Rapture and the Second Coming.

There are some who argue the Tribulation period will begin before the Rapture. However, the Bible says that “there is therefore now no condemnation to those who are in Christ Jesus” (Romans 8:1), which suggests the Church will not experience God’s judgment during the Tribulation.

There are others who teach the church will go through part or all of the Tribulation. But it’s clear that God’s wrath begins at the start of the Tribulation when Jesus opens the seals and sends forth the four horsemen of the Apocalypse.

In Paul’s first epistle to the Thessalonians, he teaches on the topic of the Rapture in every chapter and gives instruction for the church…

to wait for His Son from heaven, whom He raised from the dead, even Jesus who delivers us from the wrath to come.

Seven years after the Rapture, Jesus will return to earth to rescue Israel at His Second Coming. His return will be entirely different from His first coming in Bethlehem as a humble Child.

When Christ returns, He will appear as the exalted King of the universe, surrounded by His saints and angels. The powers of evil will be quickly defeated, and Christ will establish His glorious millennial kingdom on earth.