The Mask Comes Off: BLM New York President Says They Will ‘Burn The System Down’ If America Doesn’t Give In

Hank Newsome is dangerous for America and people need to start listening! 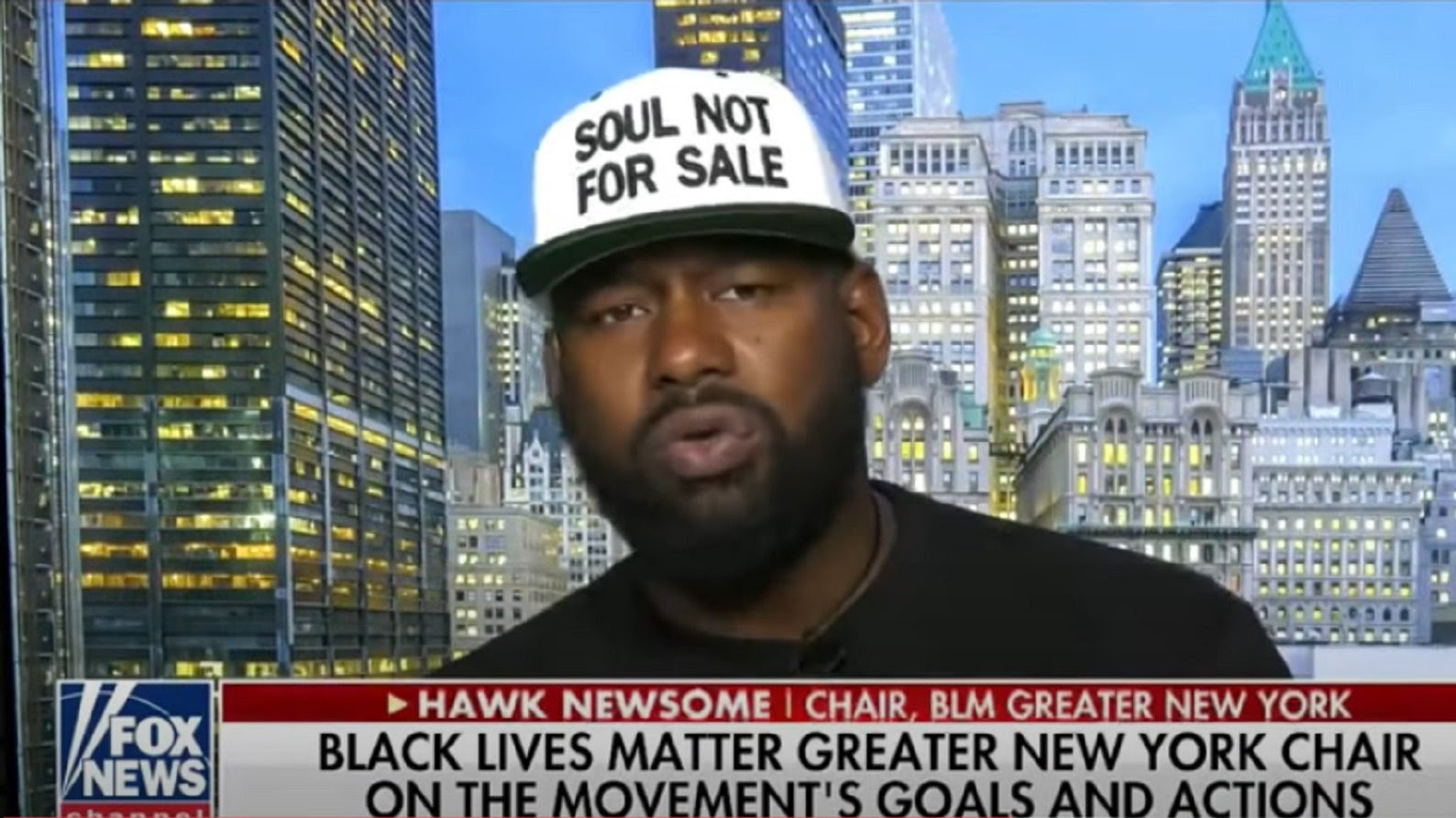 Black Lives Matter is not about ending racism, it is about tearing down America and establishing a fascist state. And it’s being used by Satan to widen the divide in our country!

BLM New York president Hawk Newsome takes the mask off and says he wants to ‘burn the system down’ in an interview on Fox News. I think it would be wise to take him serious and grasp the gravity of revolution at the door.

Newsome says, “Jesus Christ is the most famous black radical revolutionary in history. And he was treated just like Dr. King. He was arrested on occasion and he was also crucified or assassinated. This is what happens to black activists. We are killed by the government.”

At the conclusion of the Fox interview, Newsome told Martha MacCallum, “I just want black liberation and black sovereignty, by any means necessary.”

Hawk Newsome is the opposite of Martin Luther King, Jr., he believes a violent overthrow of the American government is the only way to achieve, in his words not mine, “black liberation and black sovereignty”.

Does that sound like someone who is only concerned about reforming the police? No, it does not, but you should listen to him, he is telling the truth of what Black Lives Matter is about. And he is telling us how BLM plans to solve the ‘racial inequality’ in this country.

I hope you will side with black people in their struggle for true freedom and equality, as I do, certainly all men are created equal before God. We are all sinners in need of a savior.

But if you bow to the Black Lives Matter movement, you support a Marxist revolutionary force dedicated to collapsing the United States of America.

It is wicked, it is evil, and it is something that all Americans and certainly all Christians should be standing against. READ MORE.