The Collapse of Lebanon Means it Will Fall To Iran! Israel Must Act Before Iran and Hezbollah Take Back Control of the Golan Heights. 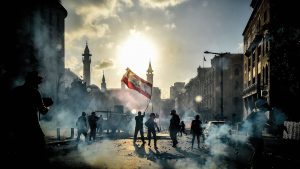 Anti-government protesters take part in a demonstration against the political elites and the government, in Beirut, Lebanon, on August 8, 2020 after the massive explosion at the Port of Beirut. Demonstrators were angered by Tuesday’s devastating blast, which officials say was caused by 2,750 tonnes of ammonium nitrate stored unsafely since 2013. (Photo by STR/NurPhoto via Getty Images)

The Beirut Blast 2020:
Catalyst for Collapse Leading to Biblical Prophecy!

It was just after 6 p.m. on Aug. 4, 2020. Hundreds of tons of ammonium nitrate had ignited in a dilapidated warehouse in the Beirut port. The resulting explosion shredded through the capital in seconds, leaving a trail of death and destruction.

At least 217 people were killed in the blast, one of the largest non-nuclear explosions in history. It was the nail in the coffin for Lebanon! 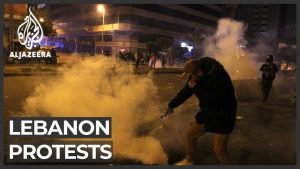 Prophecy says that the tiny nation of Lebanon, with its vital location, will play a strategic role in the coming empire of Antichrist. The fall of Lebanon is another failed state that’s collapsing with strong prophetic implications in the Eighth Kingdom, the Beast of Revelation.

Step out on the street in Beirut, Lebanon, and you’ll notice a lot of traffic lights don’t work. Then you’ll see the gas lines and bare shelves in once well-stocked pharmacies.

The once-thriving capitol of Lebanon, has collapsed amid a historic economic crisis. Banks are freezing withdrawals and pharmacies are running out of medicines.

The World Bank says Lebanon is the worst economic crises anywhere in the world since the 1800s.

The plight of Lebanon has been brought on by Iran through it’s 20 year stranglehold on the country through its proxy Hezbollah. The terrorist group is one of the largest in the world and one of the best funded which Israel estimates is now equipped with 150,000 rockets aimed at Israel to their south.

Lebanon is the western anchor of the coming Caliphate. It borders the beautiful Mediterranean to its west and Israel to it’s south. It is positioned to become a crucial factor for Iran because it sits as it’s closest proxy to Israel.

In the future Battle of Armageddon, the invading armies of the Caliphate will need to travel down through Syria and into Lebanon to enter Israel on their way to capturing Jerusalem. 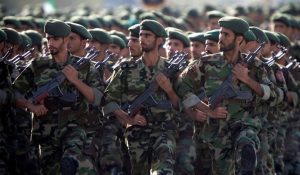 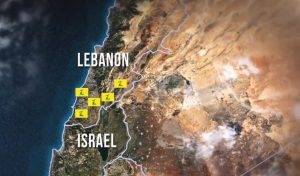 He argued that Iran has been slowly assimilating itself into the fabric of Lebanon and into Syrian villages in the Golan and quietly overtaking units from the Syrian army.

“They’ve inserted themselves into Lebanon and into Syria’s nervous system – its chain of command – and into the everyday lives of the population.” he said.

By doing so, Tehran is playing the long game and avoiding any confrontation with the IDF for the time being. “Iran knows that once it erects a military outpost in the area, the IDF will not hesitate to strike,” he explained.

“If Israel does not act soon, Iran and Hezbollah will establish a significant military presence in the Golan,” he concluded. He urged Israeli lawmakers to wake up before “our front with Hezbollah doesn’t extend from the Mediterranean Sea to the Hermon, but will go further south until the Jordan River.”

The concerns raised by the senior analyst are supported by a recent report published by a Turkish thinktank saying Iran has doubled its presence in southern Syria’s Golan Heights, while building military infrastructure for a future conflict with Israel.

Pressure is mounting on Israel because we are living in the unique season of the run-up to the 7-year Tribulation.

With the decline of American support, the collapse of Lebanon on their northern border and the constant barrage of rockets being fired into their country by Hamas in Gaza, Israel is surrounded by trouble on all sides. 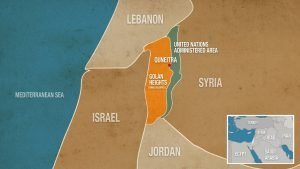