The Beast Is Rising: Erdogan’s Quest For Shariah Alliance! 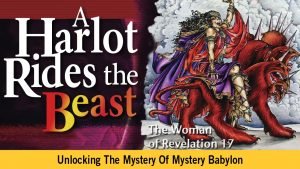 The Beast in Revelation appears in the two chapters of Revelation 13 and 17. Both chapters give us a symbolic picture of the final empire of Antichrist as a Beast. Our class in January is concerned about the Beast in chapter 17.

When we talk about the Beast we are referring to the coming Islamic Empire to be revived in the last days with the Caliphate headquartered in Turkey. For 500 years until WW1, the Ottoman Empire reined over the religion of Islam from Istanbul, Turkey. Today, Turkey’s President Erdogan is pushing the envelope to reestablish the caliphate once again, just as prophesied.

Erdogan’s Islamist ambitions are seeking an international role in post-U.S. Afghanistan in alliance with the Taliban, Qatar, Pakistan and Malaysia.

Biden has weakened himself and the country so badly that we’ve been reduced to the point of being blackmailed by NATO’s only Islamist member. Turkey’s Defense Minister Hulusi Akar has made it clear: “If the U.S. is to be in the Middle East, it must cooperate with Turkey.”

Afghanistan is not Erdogan’s only pro-sharia ambition after the U.S. withdrawal… Turkey ramped up its drone attacks on Yazidis in Iraq’s Sinjar district….. “The Turkish drone strikes increasingly threaten to undercut refugee repatriation inside Iraq and create space for the Islamic State to regroup, as the most effective Kurdish groups fighting ISIS are Sinjar’s grassroots Kurdish and Yazidi militias,” warned Michael Rubin in the Washington Examiner.

Erdogan’s Islamist, neo-Ottoman ambitions are now taking a pro-sharia turn. That is bad news for the region to Turkey’s south and east. Worse, it is a slow-fuse time bomb for the West. 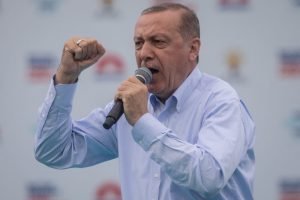 Turkish President Erdoğan’s Islamist ambitions are seeking an international role in post-U.S. Afghanistan in alliance with the Taliban, Qatar, Pakistan and Malaysia.