Take Down of America! Why is this Happening and What’s Behind Black Lives Matter?

While most Americans are rightly focused on coronavirus, soaring unemployment and race riots, Israel is about to make a fateful, risky decision by annexing parts of the West Bank.

This has tremendous prophetic implications.

It may also be the issue behind Black Lives Matter’s world-wide, demonic fueled race riots – Satan is furious over Israel’s land grab and has released his hordes against Trump and America for supporting it. 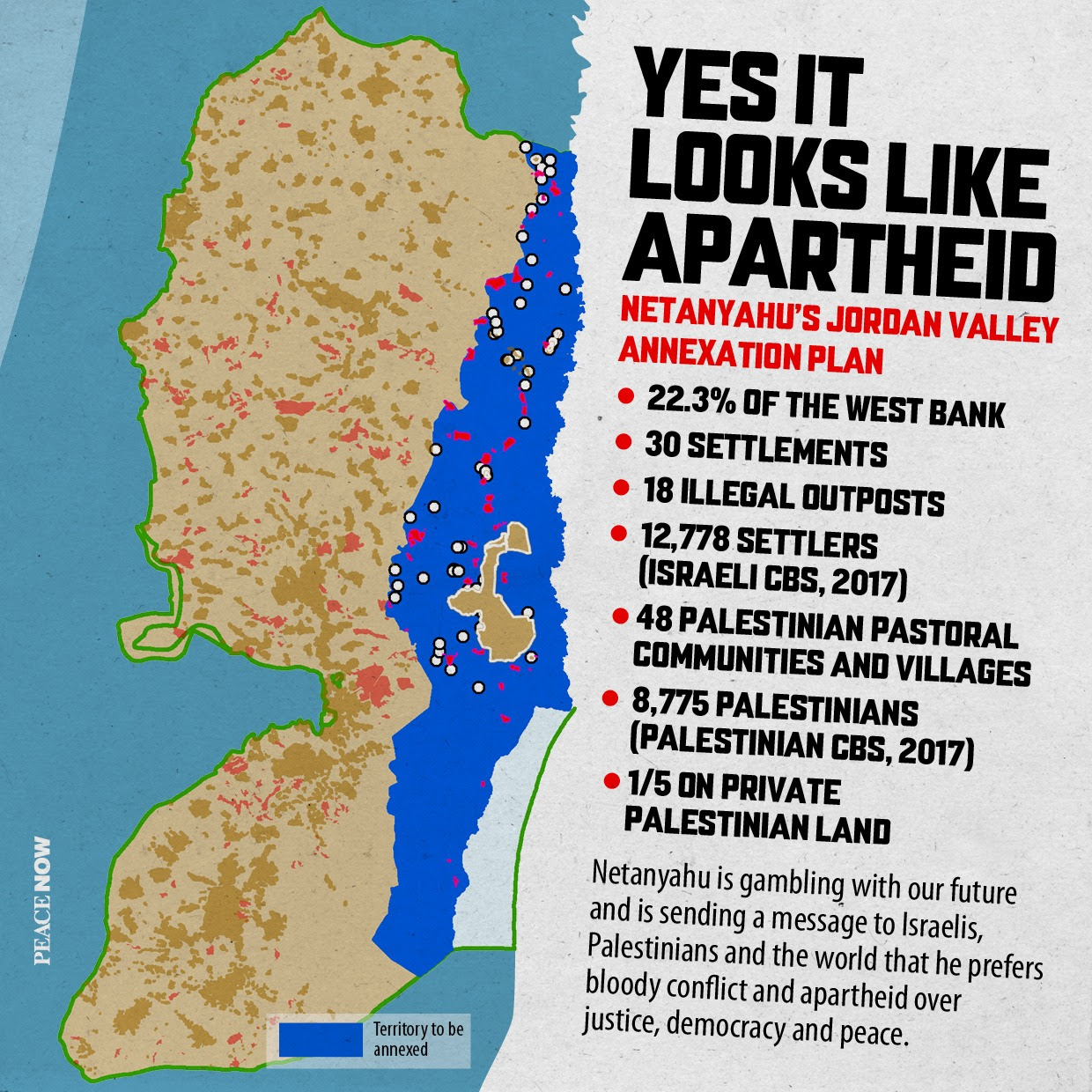 This graphic and map of the so-called “West Bank” shows a stream of lies, like the apartheid slur, and exaggerations about how Israel’s enemies feel concerning Prime Minister Benjamin Netanyahu’s plan to annex large sections of the West Bank back under the control of the State of Israel.

It has been a painful few weeks in the United States. Yet something dramatic and potentially very problematic is developing in Israel that also has weighty prophetic significance.

In fact, we are just weeks away from possibly, the most important prophetic moment in Israel’s history since the Six Day War in 1967!

And the demons are upset!

The Earth is Shaking!

10 Minute Read – Must Read to the End

Israel’s government is now actively discussing the prospect of holding a vote as early as July 1st to “annex” — or impose Israeli sovereign law over 30% of the hotly disputed territory known to most of the world as the “West Bank.”
The “West Bank” is a political name Israel’s enemies have adopted for the disputed territory on the eastern half of Israel’s mid-section. The Palestinians claim it for their future state, but it is Israel’s biblical heartland known for thousands of years as Judea and Samaria.

The political phrase “West Bank” is meant to conjure up the idea that Israel is stealing something. They’re not. God gave Israel all that land as an everlasting possession! And today it’s home to more than 450,000 brave Jewish Israeli’s.

After three elections within a year, Israel’s political logjam broke in April allowing Benjamin Netanyahu to remain Israel’s Prime Minister for the next eighteen months. Against all odds Netanyahu forged a unity government with his chief opponent and won a crucial concession that the new government would move forward in solidarity with his plan to annex almost one-third of the “West Bank.”

The Trump peace plan, launched this January, is what put Israel’s annexation plan into motion. As I’ve said since he was elected, God continues to use President Trump to accelerate last-day events! Trump has done this more than any previous President and probably more than any other single individual, outside of Israel, since 1948.

It seems Trump was elected, in part, for the Lord to use him to force the subject of Israel upon the nations. For it’s their treatment of Israel that the nations will be judged for when Christ returns at His Second Coming (Math. 25:31-46). And Trump has continually been a supporter of Israel. First by moving the US Embassy to Jerusalem, then by supporting Israel’s sovereignty over the Golan Heights, and a string of other pro-Israel decisions.

While the Trump peace plan is deeply flawed because it gives Palestinians the chance to establish their own state on Israel’s God-given land, the Whitehouse plan also green lights Israeli sovereignty over all Jewish settlements, towns, and subdivisions inside the contested “West Bank.”

And Prime Minister Netanyahu is determined to drive the Jewish state through this door now saying he cannot afford to risk Trump losing the election and having Joe Biden in the Whitehouse. Now is go time.

But that’s not all. In an additional move crucial to its security, Israel is also poised to place the Jordan Valley – which stretches from the Sea of Galilee down to the Dead Sea – under sovereign Israeli rule!

Israel’s enemies are furious warning of grave consequences if Israel takes this step. The Islamic world and the international community are determined to block Israel from taking this historic step – and to punish it if it does.

The Arab League, a coalition of 22 nations condemned it as a “war crime.”

Iran warned of a “new and shocking chapter of resistance.”

The UN called it a “dangerous and growing threat” to the so-called “two-state solution.”

And as expected, U.S. Democrats along with Joe Biden have all rejected Israel’s plan for sovereignty over these areas. They claim it’s illegal and will “hurt the chances for peace.”

So, intense pressure is mounting around the world on Israel as her enemies see this an illegal land grab that must be stopped! The opposition is already fierce and will only grow stronger!

This is why I think we need to ask the question,

Are the world-wide racial demonstrations a demonic show of anger against the Trump Administration for giving the green light for the Israeli annexation plan?

If that’s not the case, than how do you explain the immediate and world-wide, demonic explosion over a senseless act in Minneapolis?

My feeling is that Satan is using racism to tear down and weaken America right now. Racism is always a weak link in this country and one of our nation’s most vulnerable weak points making it easy for Satan to exploit. He just as well could have used something else but this was handed to him on a silver platter and we’re only weeks away from Israel’s bombshell annexation plan.

The prince of darkness wants to force Trump out because he’s in his way as the only world leader standing with Israel who can do something about it.

Here’s another perspective. We currently have two strong, conservative leaders (Trump and Netanyahu) who are pro-Israel working together and keeping Israel strong. How fast would things digress for Israel if they’re both replaced with progressive, anti-Israel leaders?

If Trump loses the election in November and is replaced by Biden and Netanyahu is replaced by his liberal coalition partner Bennie Gantz (which is already scheduled to happen in 18 months), the climate for Israel will change dramatically.

Israel would be faced with sanctions and be forced into making concessions by their enemies overnight! The world would have no constraints on their hatred toward the tiny Jewish State.

Satan is already angry for Trump stepping into the Whitehouse and interfering with his plans to hurt Israel and now, Netanyahu’s bold annexation plan is pouring gas on the fire.

The enemy is also still angry that they lost their land to Israel in the Six Day War and they’ve been scheming to get it back for over 50 years. Now, the fact that Israel wants to take legal ownership and permanently take control of a third of Judea and Samara is shaking the world.

The annexation plan is like an earthquake in the dark, spiritual corners of the universe, and we’re seeing what that looks like on our TV’s from around the world!

One last question: Where were the first places to be angered outside of America?

The first and largest demonstrations rose in Berlin, London, Amsterdam, New Zealand and South Africa which have one thing in common – they are all anti-Israel, Pro-Palestinian countries!

In a recent speech, Louis Farrakhan, the racist Nation of Islam leader, gave a speech laced with bigoted invective’s, including references to the devil as “that Satanic Jew,” and the unsubtle proclamation that “the powerful Jews are my enemy.”

Black Lives Matter, the radical group leading the demonstrations, is an anti-Semitic organization.

BLM Motto: “We appreciate your support of the movement and our ongoing fight to end State-sanctioned violence, liberate Black people, and end white supremacy forever.”

In 2016, BLM published a platform that has since been removed from its website. The platform accused Israel of committing “genocide” and referred to the Jewish state as an “apartheid” state.

The platform accused Israel and its supporters of pushing the US into wars in the Middle East. The platform also officially joined BLM with the anti-Semitic BDS campaign to boycott, divest and sanction Israel. BDS campaign leader Omar Barghouti acknowledged this week that the goal of the BDS campaign is to destroy Israel.

Between BLM’s establishment in 2014 and the publication of its platform in 2016, anti-Israel activists went to great lengths to create an utterly false conceptual linkage between the Palestinians and African Americans. Today, anti-Israel activists in the US have stepped up their efforts to capitalize on the riots.

Anti-Israel activists in Bethlehem painted a picture of George Floyd wearing a khaffiyeh and draped in a Palestinian flag on the separation barrier. Photos of the picture are being heavily promoted on social media and seen in the photo below.

Lucifer and his demonic hordes are pushing the Black Lives Matter operatives overtime in the hope the riots will weaken America and wreck President Trump’s reelection hopes. Polls this week indicate that at least in the short term, the unrest is hurting Trump’s chances of being reelected.

Then again, it’s possible the chaos in the streets will strengthen public support for President Trump, who voters may view as the last bulwark separating them from national destruction.

Think about this…what is Satan’s end game? His goal is to take God’s place and destroy the Jewish people and defeat Jesus when He returns at His Second Coming.

Black Lives Matter comes out of Farrakhan’s RACIST, ANTI-ISRAEL, ANTI-SEMITIC Pro-Palestinian Nation of Islam which is heavily vested in the destruction of Jews and Israel. It’s not about George Floyd at all.