Studies In Zechariah, Pt. 2, Against All Odds, Israel Not Only Survives But Thrives! 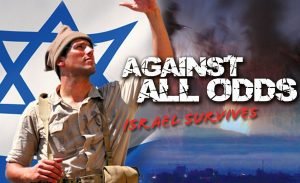 Israel is a modern David vs. Goliath because God has chosen to preserve her and redeem her for His own!

Despite being surrounded by Islamic giants dripping with anti-Israel hatred, Israel has managed not only to survive but to thrive in every area… except spiritually!

The prophets wrote that Israel would initially return to the promised land in the last days in unbelief. They described how she would come back to the land and be restored from many nations and that her return would be so miraculous it would be a greater miracle than the miracles of the Egyptian Exodus (Jer. 23:7-8).

After her return, they describe the difficult season of the ‘Tribulation period’ that
Jeremiah calls the “time of Jacob’s trouble” (Jer. 30:7). During a short time of great suffering God will bring Israel through a fiery trial and refine her as gold (Zech. 13:8-9).

At the end of this painful season a remnant of Israel will finally look to the Lord and be saved. God says He will pour out a “fountain of cleansing” on her “for sin and uncleanness” (Zech. 13:1).

Israel’s time of redemption is coming soon because the Bible says that once Israel is back in the land, Jesus will soon return to the land! It may be sooner than we think!

Since God keeps His
promises to Israel,
it shows He’ll keep
His promises to us!