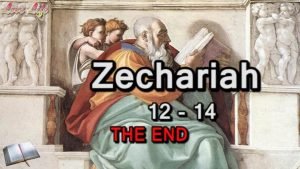 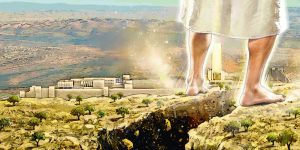 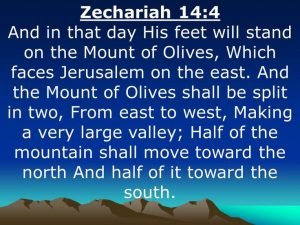 ‘The Return and Reign
of Jesus Christ’

7/26/22 by Tim Buck
Fotet.org
Did you know the Bible contains more prophecies about the Second Coming of Jesus than it does the First? In fact, the Bible says specific signs will appear prior to His return, and Jesus Himself commanded us to look for those signs!

The world’s problems and end-of-the-age prophetic signs are rapidly increasing which is one of the reasons we’re going to take a close look at the prophesies of Zechariah.

Zechariah 12–14 is loaded with end time signs! It’s hard to count them all with over 100 prophesies in 44 verses! The 3 chapters offer one of the most sweeping end-time passages in the Bible as God presents details of Israel’s future in graphic detail.

Remember how Israel was in captivity for 70 years in Babylon? Zechariah was probably born in those years and travelled back to the land to rebuild the temple.

Writing around 500 BC, the first 11 chapters focus on Christ’s first coming while chapters 12-14 focus on events surrounding the second coming of Jesus.

Zechariah 12-14 simply has no equal in the Old Testament. The prophecy is one of the richest prophetic passages, rising above all others in terms of the breadth of detail that it covers.

The extensive prophecy covers Israel’s dramatic last days beginning with today’s modern era including Israel’s return and re-birth in 1948 and her modern wars (’48, ’67, ’73). It continues through the Tribulation period with the dramatic repentance and salvation of Israel.

Beginning in chapter 14 the prophet moves into the Millennial Kingdom where we see the Tribulation survivors going up to worship King Jesus from year to year in the Feast of Tabernacles with Jesus on His Throne in Jerusalem.

The one challenge to the reader is that while most information is in chronological order, it sometimes circles back to highlight new details of a topic already discussed. The book of Revelation follows this same pattern. This can be a challenge at first as it jumps backwards without warning.

It also helps to know the prophecy contains 3 distinct invasions of Israel as follows:

2. Antichrist’s invasion of Israel in the middle of the Tribulation capturing the West Bank and East Jerusalem (‘half the city’ – 14:2) – Zech. 14:1-3 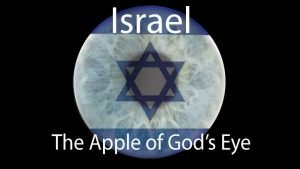