The Left Intensifies Their War on America! 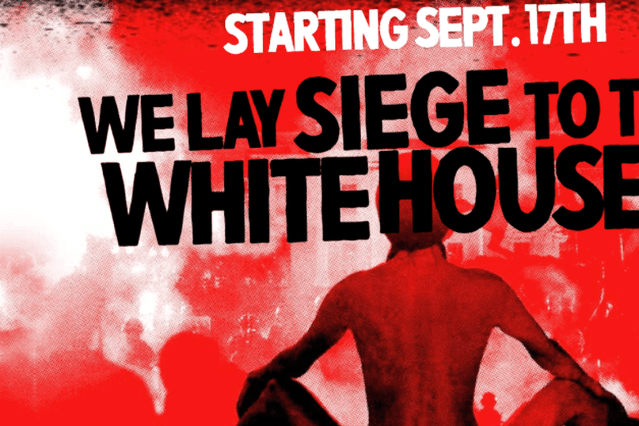 Our nation is being shaken by COVID-19, economic distress and violent unrest by so-called revolutionaries in our streets. At the same time, many people are being shaken by job loss, isolation, loneliness and the stress from it all.

We’ve been watching the new Civil War the Democrats and the radical Left have declared on peace loving patriots in America, and it seems that battle is going to only increase in the coming weeks.

America is literally burning in nearly every major city, and the dead bodies are now starting to pile up.

If you thought that the last 4 months of watching America’s Democratically-controlled cities being destroyed and set on fire, hundreds of millions in damage to black businesses, women raped, 13 people killed by the ANTIFA and Black Lives Matter domestic terror groups was something, wait until their campaign kicks off on September 17th.

There’s a new assault planned that could become a disaster!

That’s the day the anti-capitalists, who started the Occupy Wall Street demonstrations in 2011, have vowed to ‘draw wind’ from all the BLM protests tearing through the country and ‘lay siege to the White House.’

This time around, they’re attempting to combine all the anarchist groups together from across America and lay siege to the White House for 50 days which ends on Election Day.

“Let every soul be subject unto the higher powers. For there is no power but of God: the powers that be are ordained of God. Whosoever therefore resisteth the power, resisteth the ordinance of God: and they that resist shall receive to themselves damnation.”

Wake up Call to Pray

PRAYER IS THE MOST POWERFUL RESOURCE WE HAVE IN THIS LIFE.

It’s time to get serious! If you love Jesus, and love America than this is the hour to pray and the season to uphold America, the Church, the President, his Family, Staff and Cabinet up in prayer.