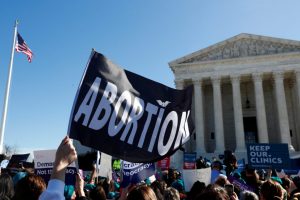 A demonstrator holds up an abortion flag outside of the U.S. Supreme Court as justices hear a major abortion case on the legality of a Republican-backed Louisiana law that imposes restrictions on abortion doctors, on Capitol Hill in Washington, U.S., March 4, 2020. REUTERS/Tom Brenner

Unprecedented Evil Abortion Bill In California, Legalizing Infanticide Of Babies Up To 28 days AFTER BIRTH!

One of the SICKEST abortion bills we’ve ever seen – legalizing infanticide up to 28 days AFTER BIRTH – has just passed the full Assembly vote in California and the first state Senate Committee.

Now, countless innocent babies are in danger, even after they’re born.

The evil bill tries to disguise its intent by using the term “perinatal,” meaning up to FOUR WEEKS AFTER a baby is born. The radical-left media is also trying to cover-up the sinister evil in California’s newest abortion bill and trying to explain it away. But They’re Lying!

The American Center for Law and Justice (ACLJ) just confirmed its intent to permit the murder of babies up to 28 days after birth and sent a legal letter to the California Appropriations Committee and the Senate Judiciary Committee opposing the demonic death-bill.

The Left is using the leaked Supreme Court draft opinion that would overturn Roe v. Wade to unleash an unprecedented assault on life, not only with federal efforts to make Roe permanent, but in the states.

And now for the first time, there’s even been an assassination attempt on a Supreme Court Justice over the issue overturning Roe v Wade! 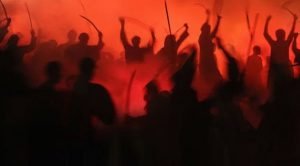 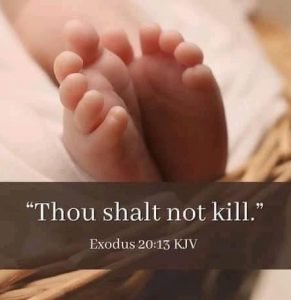 Group’s motto is ‘Abortion On Demand & Without Apology!’

Pro-abortion disruption is being unleashed in churches, malls, sports stadiums and public areas by the radical RiseUp4AbortionRights group, with the latest target a Church in Detroit, Michigan.

Congregants responded by countering, “Abortion kills babies.” A video of the disruption was uploaded by the group, as well as Refuse Fascism Ohio.

The incident followed multiple disruptions at Catholic churches on Mother’s Day in May, as well as a disruption event at Joel Osteen’s Lakewood Church in Houston, Texas. 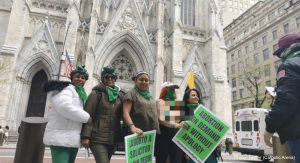