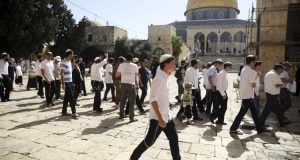 Israelis walk by the Dome of the Rock Mosque in the Al Aqsa Mosque compound in Jerusalem’s old city, Sunday, June 2, 2019. Clashes erupted after Israeli nationalists visited the contested site, revered by Jews as their most holy Temple Mount and by Muslims as the Noble Sanctuary, during “Jerusalem Day, an Israeli holiday celebrating the capture of the Old City during the 1967 Mideast war.

The resolution, which passed 129-11, denied that the Temple Mount holds any significance for Israel.

The U.N. General Assembly adopted a resolution on Wednesday which called the Temple Mount by its Muslim name, Haram el-Sharif, and downplayed the historical connection of the Jewish people to the holiest site in Judaism.

Called the “Jerusalem Resolution,” the measure was passed by a 129 to 11 vote, with 31 abstentions.

The name of the resolution says it all!

It says we’re getting close to the Rapture! And it screams Bible prophecy is coming to pass right before our eyes! (Zech. 12:2-3)

Bible prophecy indicates that in the last days Jerusalem will become the center of controversy with the world claiming it belongs to a people who really have no right to it!

Jerusalem is the City of God but prior to the Tribulation and then all the way up to Christ’s Second Coming, Jerusalem will be in a tug-of-war for its very survival between two titans: Satan vs. God!

With Biden illegally lifting Iranian sanctions on Iran, allowing them to better race to destroy Israel, and now this bazaar UN vote, Satan is having a good week! Both issues, Iranian nukes and control of the Temple Mount are “must haves” for the enemy as we draw closer to the Tribulation. In fact, both are strong signs we are, in fact, getting very close to the “Time of Jacob’s Trouble.”

With all that’s going on in the world, why is the UN so lazar focused on Israel? Last year, out of 20 UN General Assembly resolutions that criticize countries, 70 percent were focused on one single country— Israel.

What drives these lopsided condemnations is Satan’s powerful political agenda to demonize the Jewish state as part of his strategy for world dominance.

Satan is the “ruler of this world,” a phrase Jesus used 4 times in the Gospel of John describing Satan. The Greek word used for “ruler” in each case is “archon” which is a political tern reminding us that Satan has real influence over the nations and governments of this world. Now his sights are set on the Temple Mount! 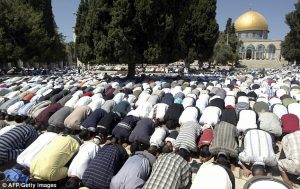 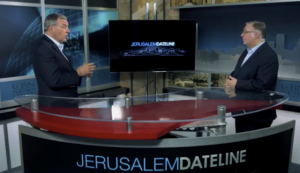