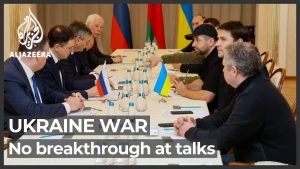 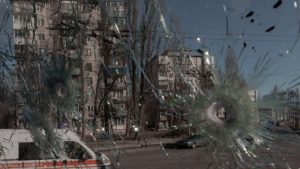 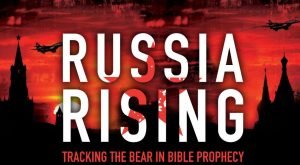 Russia is stirring and evil is rising. About 600,000 people have fled Ukraine in the last 6 days.

The bear has always been wicked but now it is as though Mr. Putin is possessed. He is showing aggression not seen in decades. He seems to have transformed recently into ultimate evil and with the images playing out in front of us, that is obvious.

Now Israel is on alert because Putin announced he no longer recognizes Israel’s sovereignty over the Golan Heights. This announcement seemingly came out of left field but may be related to Putin’s close relationship with Iran in Syria.

Society became fear-based two years ago with the pandemic, which opened the door for government overreach. More and more, the world has been on edge.

The Church will soon be raptured and will never know who Antichrist is and the leader of the Russian invasion is not Antichrist. But Vladimir Putin is “Antichrist-esque.”

We may find the conflict in Ukraine is an end-time turning point. It is much more than “wars and rumors of wars” predicted in the Bible for the end-of-days. It is further destabilizing a world that is already groaning, fearful and weary.

It is impossible to keep up with the signs of the times any more. In the 80’s if one sign a month came in, I was thrilled. Now it’s a sign a minute! The world is about to enter the most dangerous time in history but we are about to be HOMEWARD BOUND!

The world lacks strong, forceful leadership. You can hardly point to a capital in the world today that reflects leadership. And that’s when tyrants rise.

One wonders if it is 1942 or 2022. Watching refugees on the run, having left possessions, people and even pets behind, tears at the heart. One day they had a normal, prosperous life and the next, they were being hunted. The strong, and particularly bullies, always want to destroy the weak.

Is this a temporary catastrophe or is it leading to WWIII? How does it fit into biblical prophecy? We have more questions than answers. What I’m certain of is that God is allowing all of this to happen so that all things fall into place.

The enemy must keep stirring things up with pandemics, wars, economic peril, uncertainty, and more. To ready the world for what’s coming, the old standards must be riddled with confusion and chaos.

The wars of this Church Age pale in significance to the mayhem and trauma of the coming Tribulation period. You don’t want anyone you love left behind.

Signs are a harbinger of the Lord’s return. We are seeing such events happen closer together, in real time, just as the Bible predicted. You can almost hear the hoof beats of the Four Horsemen, which means the disappearance of the Church via the Rapture is imminent.

New Testament saints regarded the rapture as something that could happen at any moment. They lived with an EAGER EXPECTANCY and that’s what we should do as we listen for the trumpet. 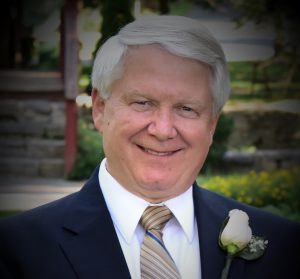 We received the following word from my good friend, former Pastor and now Seminary Teacher in the Ukraine, Bruce Tuttle, who is now holed up in a root cellar outside of Kiev.

Even though he had the opportunity to leave, Bruce decided to stay when the war began. Here’s his report…

Today, we have heard sirens, but with no explosions afterward.

Igor, a pastor here in Bila Tserkva, a great friend, and one of our graduates, packed his large family and mother-in-law in his minivan and sent them toward his oldest and married daughter in western Ukraine. However, after an hour on the road, they have only traveled 20 kilometers.

I just received 2 calls, neither of them encouraging. One young Christian lady called, crying, to beg me to take her and other young ladies from her church to the Moldova border. What moves her to this near hysteria is a call from her pastor. He was weeping and insisted that she and other young ladies from the church must leave immediately. I think the new danger that frightens them is the coming of the army from Belorussia.

The second call was from Igor (my best Ukrainian friend and one of our graduates), saying that I cannot leave and should not even be on the streets, since I am an American and it wouldn’t go well if I were to meet Russian soldiers. And Igor told me about his family’s inability to get far down the road toward a safer place.

Still, for all of that, we know the character of our Father-God, and have a multitude of His promises to put some steel in our backbones. Ah, and please pray that our hearts will remain bathed in the peace of God that passes all understanding, and that we (like Moses) will endure “as seeing Him who is invisible”!

Okay, I’m running on . . . but please sense in all of this how precious your prayers are on our behalf!”   Blessings!  Bruce

Please pray for Igor and Bruce as no one knows what the future holds for these two servants of God. 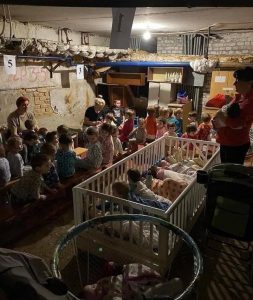 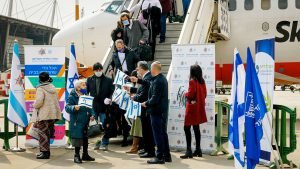 Around 2,500 additional Ukrainian Jews have asked to immigrate to Israel and take citizenship since the onset of Russia’s invasion, a governmental organization says.

The Jewish Agency for Israel, which handles immigration matters, says that it has received over 5,000 inquiries about immigration to Israel. Around half have requested to immigrate immediately, the agency said.

Ukraine is home to a Jewish community of around 43,000. But approximately 200,000 Ukrainians are eligible for immigration under Israel’s Law of Return, which extends the right to citizenship to anyone with one Jewish grandparent.

Please pray for the doors to open that would allow the Ukrainian Jewish community to return home to Israel in these last days! 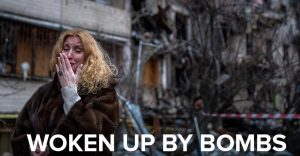 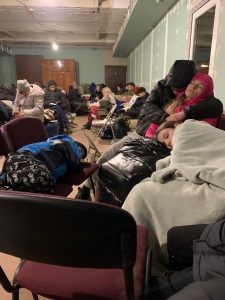 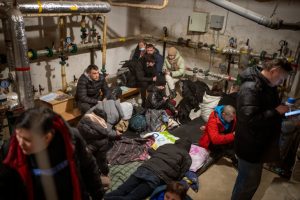 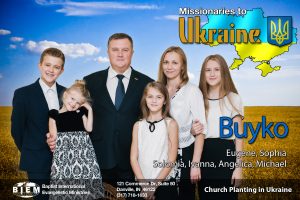 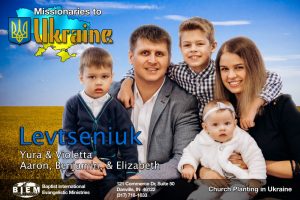 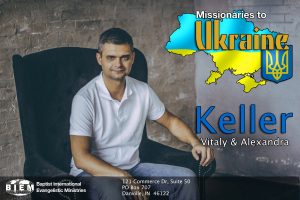 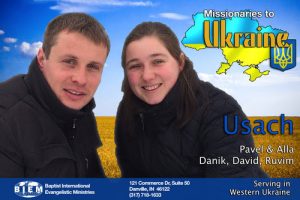 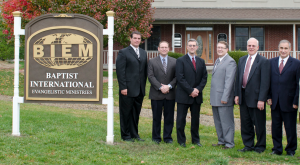 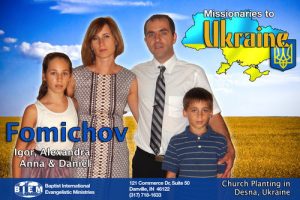 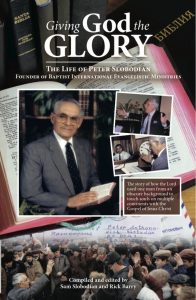