There are numerous prophesies in Revelation that could not happen until this generation. Many of them would have seemed impossible to first century believers. Here are six prophecies that couldn’t be understood until our generation:

These three were covered in my last blog:
1.    Army of 200 million soldiers
2.    Drying up the Euphrates
3.    Global satellite communication

These three are discussed in this blog:
4.    Nuclear weapons and WMD’s
5.    Israel reborn as a nation
6.    Israel’s LGBT lifestyle

According to this passage, when God planned the Tribulation period, he limited it to seven years so that some of the redeemed remnant of Israel (“elect”) would still be alive at the end of the Tribulation and would therefore be able to populate the earth in the millennium. Anything beyond seven years would be so catastrophic that no one on earth would remain alive.

There’s no army on earth that can kill earth’s population of eight billion today with conventional weapons in seven years. Earth’s population could only be threatened with the arrival of nuclear weapons and weapons of mass destruction.

In the Middle East war that’s centered around the Euphrates River (Rev. 9:14), a third of the world’s population will be wiped out according to Revelation 9:15. That means some two to three billion people will be killed in that war alone!

The best description of nuclear war appears in the prophecy of Zechariah where he describes the horrific details during the Battle of Armageddon,

”This is the plague with which the LORD will strike all the nations that fought against Jerusalem: Their flesh will rot while they are still standing on their feet, their eyes will rot in their sockets, and their tongues will rot in their mouths.” (Zechariah 14:12)

Once again, we see the prophecies in Revelation beingfulfilled in our generation. 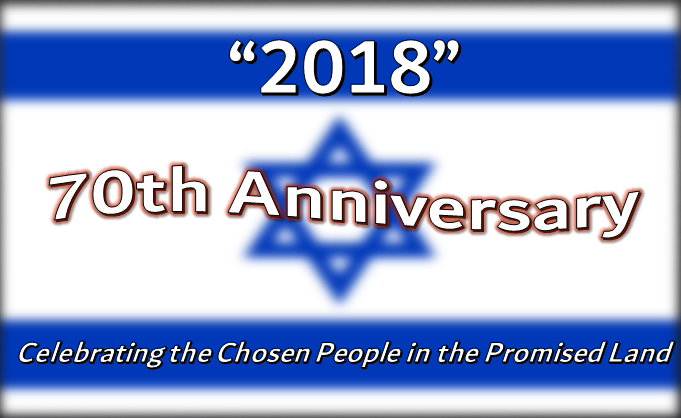 God’s chosen nation is the epicenter of Bible prophecy! In 2018we celebrate the seventy year birthday of the State of Israel(1948-2018). Israel’s return is happening during our generation. Even this week, several airplanes with Jewish families from around the world, landed in Tel Aviv to declare Israel as their new home.

Did you know that the attack waged by the Arab Nations, the next morning after Israel’s Declaration of Independence in 1948, became the fulfillment of a fascinating prophecy?

There are many prophecies about the re-establishment of Israel in the end times, but one of my favorites is a symbolic prophecy. Isaiah records, “Before she travailed, she brought forth; before her pain came, she gave birth to a boy.” (Isaiah 66:7-8)

How many women have ever given birth before the birth pains? They come before the birth, not after. This prophecy says, No! The labor pains will come after the birth.
“Who has heard of such a thing? Who has seen such things? Can a land be born in one day? Can a nation be brought forth all at once?” After her birth, the birth pains came.

Israel didn’t get a very nice welcome from their Arab neighbors. On May 14, 1948, the nation of Israel was declared, and on May 15, 1948, the very next morning, five Arab nations attacked Israel. Since then, throughout our generation, the tiny nation has seen constant threats and constant wars for her survival. 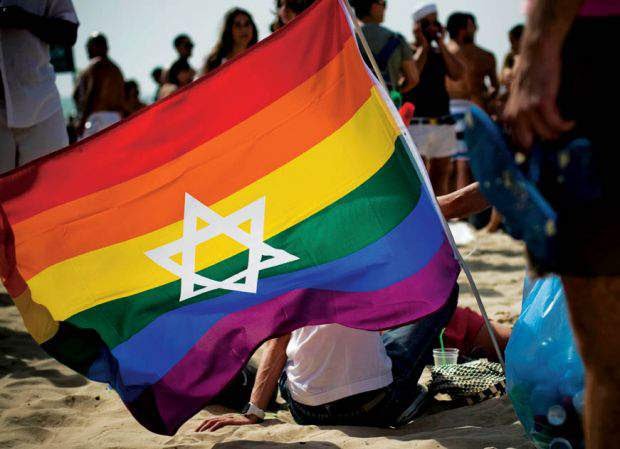 Their bodies (2-Witnesses) will lie in the public square of the great city (Jerusalem) which is figuratively called Sodom… where also their Lord was crucified (Rev. 11:8)
When I speak to people about the moral plight of Israel in the end times, it is with a heavy heart. The above verse is a prophecy that forecasts Israel living in the Tribulation and acting like Sodom.
Sadly today, Israel’s reputation for same sex entertainment is world famous. Tel Aviv, Israel’s largest city, was recently named by the Boston Globe as one of the top destinations catering to the alternate lifestyle and featuring them as “one of the best gay pride parades” in the world. The bad news is that the parade is funded through Israel’s state budget.
Israel may have returned to their ancient land but not to the Lord. God’s wayward nation will have to be brought through the fire and the flood of the Tribulation where, according to Zechariah, just one third will come through and survive (Zech. 13:8-9).
Once again, we see a unique prophecy in Revelation being fulfilled in our generation indicating we are closer to the return of the Lord than ever before! We may even be the generation when Jesus returns. Hallelujah! Are YOU READY?