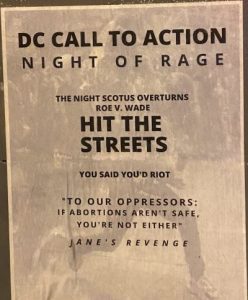 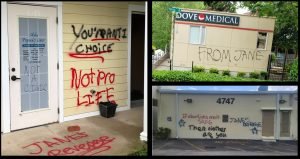 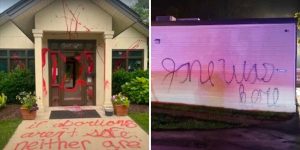 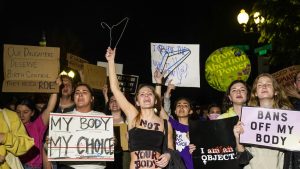 The radical pro-abortion group, Jane’s Revenge, is planning more acts of domestic terrorism when the U.S. Supreme Court’s abortion decision on Roe v. Wade is revealed, dubbed a “Night of Rage: An Autonomous Call to Action Against Patriarchal Supremacy.”

But Jane’s Revenge is not the only pro-abortion domestic terror group out there, and should the Supremes rule against Roe v. Wade, you will hear the very howls of the Devil himself expressing his outrage.

Very little of what is playing out now, and shortly in the future, has much to do with politics. This is spiritual, this is the continual assault on America’s foundations against the strongest Christian nation remaining in the last days!

That’s what you are watching unfold before your very eyes right now. So just remember as you watch the January 6th circus, that when Jane’s Revenge starts destroying stuff, and they’re telling you right now they will, Congress will sit back, applaud their efforts, and protect them from prosecution. That’s how Biden views justice. 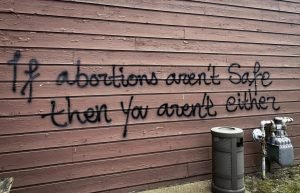