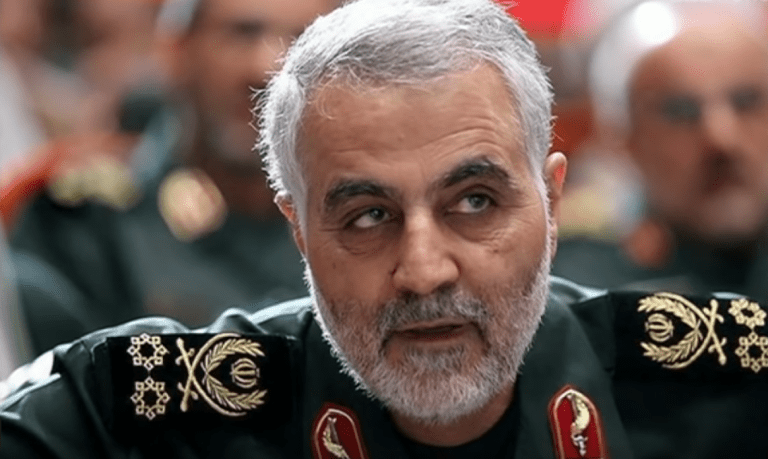 The Pentagon said the deadly strike on Soleimani and his cohorts “was aimed at deterring future Iranian attack plans.”
The strike also killed Abu Mahdi al-Muhandis, Deputy Secretary for Hezbollah, the commander of Iran-backed militias in Iraq known as the Popular Mobilization Forces, or PMF.
The PMF media arm said the two were killed in an American airstrike that targeted their vehicles in a pre-dawn strike at the Baghdad the airport.

Talk about a difference, President Trump isn’t playing around not even a little bit. This administration is the polar opposite of how Barack Obama conducted business, allowing Iran to virtually walk all over us at every given opportunity.

For more on the Obama backstory to the mess in Iraq go HERE. 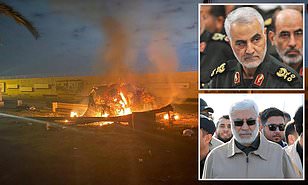 Soleimani was responsible for the recruitment of countless terror proxies throughout the Middle East. This comes just days after Trump’s adamant threat to Iran for their organized raid on the US embassy in Baghdad.

Hours later, it was revealed that approximately six people were killed, including at least three Iranians, including the notorious commander of the Islamic Revolutionary Guard Corps (IRGC) Quds Force, Qasem Soleimani.

This news is unprecedented, and it doesn’t stop there. Additionally, the deputy secretary for Hezbollah in Lebanon, Nail Qassem, died.

This strike comes only days after President Trump vowed to respond strongly to the Iranian-orchestrated raid on the US embassy in Baghdad, Iraq. In his tweet the day of the raid, Trump stated that what he vowed was not a warning, but a threat.

The implications of this strike cannot be overstated. When you account for the devastating economic sanctions the US has implemented on Iran and now the killing of two significant leaders, you can see a serious escalation on the horizon.

The Pentagon verified the death of Soleimani, stating, “At the direction of the President, the US military has taken decisive defensive action to protect US personnel abroad by killing Qasem Soleimani, the head of the Iranian Revolutionary Guard Corps-Quds Force, a US-designated Foreign Terrorist Organization.”

The statement from the Pentagon continued in stating that “General Soleimani was actively developing plans to attack American diplomats and service members in Iraq and throughout the region. General Soleimani and his Quds Force were responsible for the deaths of hundreds of American and coalition service members and the wounding of thousands more.”