Pompeo Urges Saudi Arabia To Consider Normalizing Relations With Israel! Another Sign we are under the shadow of the coming Tribulation. 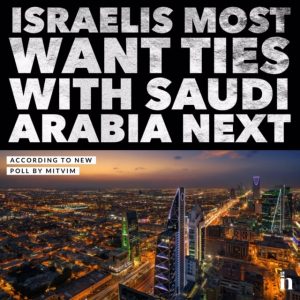 Saudi Arabia making peace with Israel would erupt like an earthquake in the already volatile Middle East and accelerate end time events overnight.

But this is where we are headed.

Saudia Arabia smells trouble from the north and east from Turkey and Iran and they now see the need to realign themselves to have any hope for a safe and secure future. A partnership with Israel would bring the Saudi’s instant security from the powerful military capabilities of both Israel and America.

But it would also bring them a new set of threats from their enemies which they are hesitant to stir up. What to do? Bible prophecy in Daniel 11 gives us the answer from 2500 years ago. If Saudi Arabia aligns with Israel, it will be a line in the sand that divides the radical northern coalition led by Turkey and Iran from the pro-Israel, southern coalition that’s now forming.

The pro-Israel coalition is being developed under the leadership of President Trump through the ‘Abraham Accords” alliance and peace agreement among the Gulf Arab States and Israel. It appears that God’s timing for all this is right now! Since he first became president, God has been using President Trump as His human instrument to accelerate and bring about many of the last day events!

The timing of God is always perfect! The prophet Daniel tells us that this division is certainly coming and will play a major role throughout the Tribulation period. For more information about this you can read Daniel 11:40-45 and also watch the “Abraham Accord” video on our YouTube Channel if you haven’t yet seen it.

The Middle East is setting up for the final showdown and the pieces are falling together just as the prophets described it would before the return of the Lord! 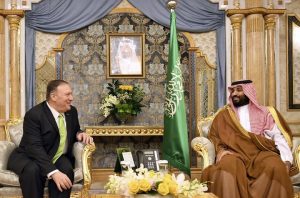 What Will Saudi Arabia Do?

US Secretary of State Mike Pompeo on Wednesday urged Saudi Arabia to consider normalizing relations with Israel as he met with the Gulf country’s foreign minister, also saying that Washington supports a “robust program of arms sales” to it. Pompeo said he raised the idea of the Abraham Accords, a US-brokered agreement to normalize diplomatic ties with Israel, with Saudi Foreign Minister Prince Faisal bin Farhan Al Saud at a meeting at the US State Department.“

“We hope Saudi Arabia will consider normalizing its relationships as well, and we want to thank them for the assistance they’ve had in the success of the Abraham Accords so far,” Pompeo said, adding that he hopes the nation will encourage Palestinian leaders or the Palestinian Authority to return to negotiations with Israel. The United Arab Emirates and Bahrain last month signed agreements toward normalizing relations with Israel in a strategic realignment of Middle Eastern countries against Iran.“ They reflect a changing dynamic in the region, in which countries rightly recognize the need for regional cooperation to counter Iranian influence and generate prosperity,” Pompeo said.

The United States is trying to persuade more Gulf countries to strike similar accords with Israel, as the UAE and Bahrain did at the Sept.15 ceremony in Washington. Riyadh has quietly acquiesced to the UAE and Bahrain deals – though it has stopped short of endorsing them – and has signaled it is not quite ready to take action itself. The Saudi’s are waiting to see the outcome of the US Presidential election. The outcome of this election, either way, will spark crucial decisions and major changes that have enough force to accelerate many of the last day events like those described in Daniel 11: 40-45.