One Person’s Righteous Boldness Can Inspire Others, Who Are Less Bold!

ONE PERSON’S RIGHTEOUS BOLDNES CAN INSPIRE OTHERS WHO ARE LESS BOLD.

THAT’S WHAT GIDEON FOUND OUT!

STEP OUT OF YOUR COMFORT ZONE, BE BOLD, AND STAND UP FOR JESUS TODAY! 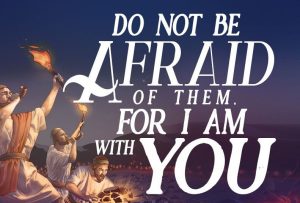 When the men of the town rose early in the morning, behold, the altar of Baal was broken down, and the Asherah beside it was cut down, and the second bull was offered on the altar that had been built. And they said to one another, “Who has done this thing?” And after they had searched and inquired they said “Gideon, the son of Joash has done this thing.” Then the men of the town said to Joash, “Bring out your son, that he may die, for he has broken down the altar of Baal and cut down the Asherah beside it.” But Joash said to all who stood against him, “Will you contend for Baal? Or will you save him? Whoever contends for him shall be put to death by morning. If he is a god let him contend for himself, because his altar has been broken down.”

When we stand up for what is Godly and right, we are often immediately opposed.

However, as we see in this passage, one person’s righteous boldness can inspire many others who are less bold yet desire to do the right thing.

GIDEON DECIDED TO DO SOMETHING OUT OF CHARACTER and stand up for the Lord to turn back the tide of evil.

He usually just hid when trouble came his way.

What can you do for the Lord today? Maybe you can speak up and oppose evil and call evil, evil and good, good!

Our country and the church could use a few more Gideon’s right now! By being bold for Jesus you can have a profound effect on others. 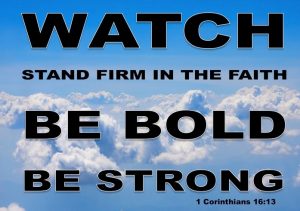