ON PRESIDENT TRUMP’S LAST DAY, AS AMERICA DESCENDS INTO TURMOIL, THANKS TO TRUMP ISRAEL IS BEGINNING TO REACH ITS GREAT DESTINY 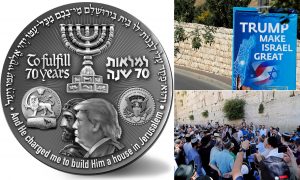 Jewish men gather at the Western Wall in Jerusalem’s Old City on May 11, 2018 “to thank God” for the cancellation of the Iranian nuclear deal and also for the US president’s decision to move the American embassy from Tel Aviv to Jerusalem. / AFP PHOTO / THOMAS COEXTHOMAS COEX/AFP/Getty Images

On this final day of Donald Trump’s presidential term, let me suggest A DIFFERENT WAY to look back at God’s purpose for his presidency by suggesting God chose President Trump NOT to Make America Great but to MAKE ISRAEL GREAT!

After 8 years of anti-Israel Obama-Kerry policy, Israel needed a hand and God sent an outsider like Cyrus the Great with a heart for the Jewish people.

No one could have imagined how effective President Trump would be, how much he would impact the State of Israel, how much the Jewish people would appreciate him or how much prophecy would come into play on his watch!

In his single term, President Trump achieved something no other president or world leader has ever done by transforming the world-wide status of the State of Israel and realigning the Middle East to conform to Bible prophecy. That is saying a mouthful but President Trump did more for Israel in four years than all previous presidents combined since Harry Truman first stood with Israel in1948!

Of all the great things for America President Trump accomplished (and there’s a lot), his most critical and long-standing accomplishments stand in regard to Israel.

Instead of being perceived as an interloper like the errant Obama-Kerry view, under Trump Israel has risen to its greatest and most respected position in its history.

Israel is now perceived as a global center of energy, trade, and technology with a strong economy and one of the most advanced Intelligence agencies and military’s in the world.

As Trump walks off the stage today… Arab nations are lining up to partner with the State of Israel.

There is so much good President Trump accomplished, books will need to be written to show the impact. 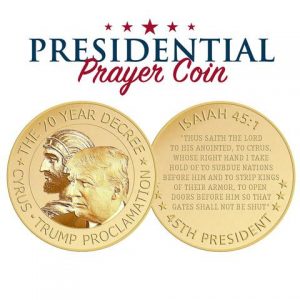 Demanding the snapback sanctions on the Iranian regime at the United Nations; the removal of terror leaders Soleimani, al-Baghdadi, and Fakhrizadeh; stopping sending $400 million per year of U.S. tax dollars to the Palestinian Authority – so that the U.S. is no longer complicit in the PA’s “pay to slay” payments to Arab terrorists to murder Jews and Americans; ending U.S. payments to UNRWA due to UNRWA’s corruption, teaching Jew-hatred in schools, and hiding weapons for Hamas; deporting the last Nazi war criminal from the U.S.; repeatedly condemning neo-Nazis, the KKK, and white supremacists; achieving groundbreaking peace agreements in the Middle East;

Ending discriminatory labeling guidance that harmed Jews in historic Jewish Judea/Samaria; drafting many praiseworthy aspects in the president’s “Vision for Peace”; recognizing that Israeli implementation of her lawful sovereignty rights over Judea/Samaria is up to Israel; keeping Americans safe from unvettable immigration from state sponsors of terror; permitting Americans born in Jerusalem can now list “Jerusalem, Israel” on their passports; initiating project “warp speed” to develop a COVID vaccine in record time; and so much more.

We wish them the best upon their return to their private lives. 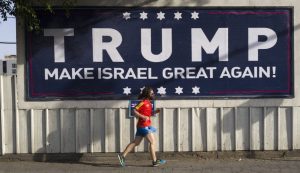 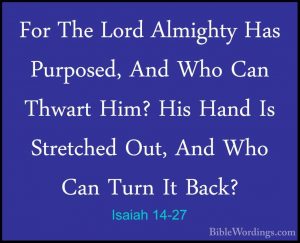