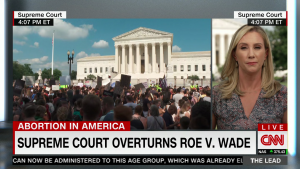 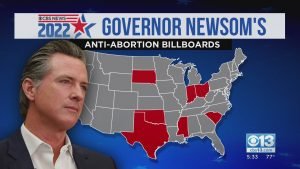 Newsom’s abortion campaign uses Mark 12:31 to encourage people in conservative states to come to California to slaughter their unborn, “Love your neighbor as yourself. There is no greater commandment than these.” California pastor John MacArthur takes issue. 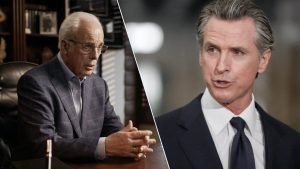 Governor Gavin Newsom of California has made headlines over the past two decades for advancing increasingly evil policies while in public office.In 2004, while serving as mayor of San Francisco, he directed the city to issue marriage licenses for same-sex couples in violation of state law. In 2020, he enforced the shuttering of local churches through his aggressive lockdown order.

And last month, he sponsored billboards in multiple conservative states inviting women to seek abortions in California—even daring to quote Jesus’ words about loving one’s neighbor (Mark 12:31) on some of the advertisements.

For nearly as long as Gavin Newsom has been alive, Pastor John MacArthur has taught and preached at Grace Community Church in Sun Valley, California. At the close of a recent service, MacArthur grieved that Newsom had crossed a new line with his abortion billboards—provoking a newfound desire within the eighty-three-year-old minister’s heart to see him redeemed from his sins. Beyond a longing to see God’s name hallowed (Matthew 6:9), the appeal from MacArthur was driven by his compassion for the lost (Matthew 9:36).

“You chose words from the lips of Jesus but you cannot love God as He commands while aiding in the murder of His image-bearers.”

Then, without minimizing the abhorrent nature of his policies as a civil magistrate, MacArthur made an earnest plea for Newsom’s soul.

MacArthur ended his open letter to Newsome by saying MacArthur’s church and many Christians are praying for him and urging him to fully repent.

He said, “Please respond to the gospel, forsake the path of wickedness you have pursued all your life, turn to Christ, ask for forgiveness, and use your office to advance the cause of righteousness.”

MacArthur stands in a long heritage of believers who have prayed for kings and rulers (1 Timothy 2:1–4) while offering prophetic witness and rebuke against evil laws that oppose God’s Word.

Modern evangelicals, on the other hand, wrongly believe that church and state can’t mix.

The political leadership of the United States boastfully takes “counsel together against the LORD and against his Anointed, saying, ‘Let us burst their bonds apart and cast away their cords from us’” (Psalm 2:3). Yet, most often the church is silent!

Government leadership must constantly be reminded that they must one day give an account to the God who created them and established the seat of their power.

Meanwhile, most evangelical leaders either have no issue with the scorning of their Lord or cowardly avoid an admonishment of their leaders thus leaving churches in the dark on crucial issues like abortion.

We need to pray for Pastor John MacArthur and for the soul of Gavin Newsom and that Gavin would be saved. 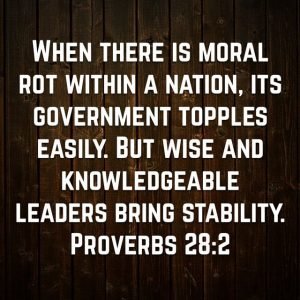 In 2020, just two states — California and New York — collectively committed well over 264,000 abortions — or nearly 30% of all abortions reported in the United States. California committed the highest number reported among all states with New York coming in a close second, according to data published by Planned Parenthood’s former “research arm” and “special affiliate,” the Guttmacher Institute.