NEW TEACHING: What Are The Book Ends Of The Church Age? 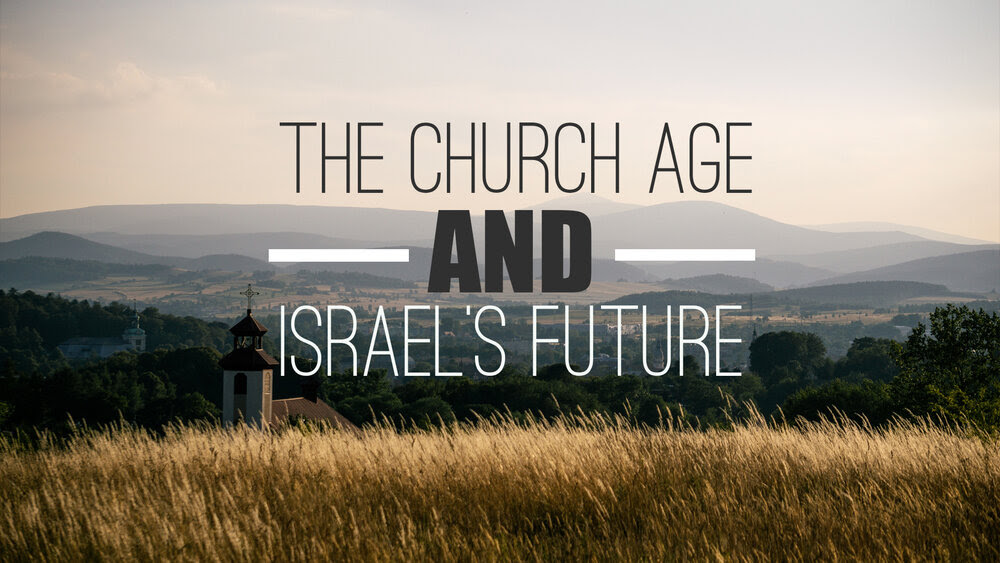 What Are the ‘Bookends’ of
The Church Age?

(This would make a good first chapter of a book)

Overlapping of Israel and the Church

Did you know the church has a beginning and an end? Can you guess what they are?

As the title suggests, I want to discuss the start and the end of the church-age. That may not seem like a ‘hot-button’ topic but in the discussion of the end times today there’s confusion about this which prevents people from fully understanding God’s purposes in the last days.

The idea of the Old Testament and Israel overlapping with the New Testament and the church runs throughout the book of Acts. In Acts we see God moving Israel off the stage and bringing the church into play.

Now today, we see this happening in reverse, as the church age winds down, and we find ourselves living in the shadow of the Tribulation with God, once again, working with the nation of Israel.

Picture you are standing in ocean water up to your knees, as the strong wave coming in is washing over you. At the same time you feel the outgoing force of a previous wave pulling your feet out. The waves overlap each other as one comes in and the other goes out. So it is with the overlapping stories of Israel and the church.

Transition… From Old to New

The argument could be made that the church-age began while overlapping the Old Testament, Mosaic dispensation and will end overlapping it again into the 7-year Tribulation.

Keep Israel and the Church Separate

One of the common mistakes with interpreting prophecy is to mix up God’s plans for Israel and the church. These two institutions are distinct and remain separate throughout the bible.

So these two institutions overlapped during the birth of the church in the first century and are starting to overlap once again, now, at the end of the church-age.

Throughout the church-age, Israel lives under God’s judicial blindness (Rom. 11:25) as punishment for rejecting their Messiah. Their veil of blindness will not be lifted until after the rapture when God once again turns His attention back to His chosen people.

First Mention of the Church

The first mention of the church is in Math. 16:18 where Jesus declares He is both its architect and builder. But when he mentions this to the disciples, there’s good reason to believe they had little idea of what the church was about or what it would become.

That is because God did not reveal the doctrine of the church until much later when He chose to reveal it to the Apostle Paul, not the 12 apostles. It was Paul who would become the “Apostle to the Gentiles.”

Until Paul’s teaching in the church epistles, the concept of the church remained unknown and described as a “mystery kept hidden from ages past” (Eph. 3:1-7; Col.1:25-27).

The official birth of the church took place on the day of Pentecost with the coming of the Holy Spirit, by whom the Lord began baptizing believers into His body… the church (1 Cor. 12:13). Today, at the moment of salvation, all believers are spiritually baptized into Christ’s body forming His church.

Paul’s teaching about this and his doctrine on the church was given to him directly by Jesus (Gal. 1:12-17; 1 Thess. 4:15) and Paul began to explain and write about church doctrine beginning with his letter to the Galatians some 20 years after Pentecost.

During those early years of the church-age is when we see the transition period from the old covenant to the new covenant taking place.

In contrast, it seems we are now living in the transition period at the end of the church-age with God turning His focus back to Israel and preparing the church to move off the stage to usher in the Tribulation (Mt. 24:21).

This is one good reason why our focus should be on Israel today, NOT AMERICA! As we transition through the end of the church-age, Israel is back in play and becoming the center of God’s end-time plans.

The official end of the church age is the rapture and resurrection of the church (1Thess. 4:13-18). This glorious day is for all Jews and Gentiles who have become believers since Pentecost.

At the LAST TRUMP (1 Cor. 15:51-52), saints who have died since Pentecost will return to earth with Jesus and be resurrected into their glorified bodies like His glorious body (1 Jn. 3:2).

After which, all living saints will be ‘caught up’ (raptured) together to meet the Lord in the air! For the first time, the church will be complete and be in the ‘Father’s house,’ all at the same time… with Jesus. Paul makes it clear we will recognize each other when we gather in the clouds with our fellow saints (1 Thess. 2:18-20).

Transition… From the New, partially back to Old

While the church is rejoicing in heaven, back on earth, God’s plans for Israel pick up through a short transition period allowing for the rise of Antichrist and the confirming of his peace treaty with Israel which marks the beginning of the 7-year Tribulation.

At the start of the Tribulation, God does something only He can do by sending His two powerful witnesses, Elijah and Moses, (Mal. 4:4-6) back to Israel.

At that moment, since the rapture removed all believers to heaven, these two men are the only witnesses on earth. In the power of the Holy Spirit, these two servants oversee the building of Israel’s temple (Rev. 11) and spark the greatest spiritual revival in Israel’s history.

Interestingly, there is serious pressure inside Israel today to build the temple. Israel’s most powerful religious body, the Sanhedrin, is calling for the construction of the Temple and Orthodox Jews, seated as part of Israel’s Knesset, are repeatedly calling for the building of the temple on the temple mount.

The temple furniture, priesthood and details of Israel’s sacrificial system are being prepared today by the Temple Institute in Jerusalem.

Living in the Shadow of the Tribulation

The big picture to keep in mind here is that all these end time activities related to Israel are happening now under the watchful eye of the church indicating we are living in the shadow of the Tribulation. Hallelujah! “Look up; Lift up your heads, your redemption is coming closer” (Lk. 21:28).

Most importantly, in fulfillment of His promises, God will begin lifting the veil from Israel’s eyes (Rom. 11:25). And what does He use to reach Israel? The teaching tool God uses to illustrate Jesus is messiah will be the animal sacrifices being offered on the new brazen altar on the Temple Mount (Dan. 9:27).

Why is this so effective? Because Israel understands the sacrificial system and the gospel of Christ’s death on the cross is clearly portrayed by the slaughtered lamb and because ‘there’s power in the blood!’

Moses and Elijah will begin connecting the dots for the Jewish people by preaching Jesus is the Lamb of God that takes away the sins of the world (Jn. 1:29). Like Peter’s preaching at the temple on the day of Pentecost where thousands were saved (Acts 2:41), the preaching of the two witnesses at the temple spark a mighty, end-time, spiritual awakening in Israel.

With the church removed, the Jewish people finally begin recognizing Jesus is the one “whom they pierced” (Zech. 12:10). God, in His own perfect time and by His own power, will sovereignly act to save Israel fulfilling Isaiah’s prophecy (Isa. 59:20-21) which is then quoted by Paul (Rom. 11:25-27):

25 For… you should not be ignorant of this mystery… that blindness in part has happened to Israel until the fullness of the Gentiles has come in. 26 And so all Israel will be saved, as it is written: The Deliverer will come out of Zion, And He will turn away ungodliness from Jacob; 27 For this is My covenant with them, When I take away their sins.

In wrapping up Paul’s teaching on Israel and the Church in Romans 11, Paul concludes by saying,

33 Oh, the depth of the riches both of the wisdom and knowledge of God! How unsearchable are His judgments and His ways past finding out! (Romans 11:33).

21 To him be glory in the church and in Christ Jesus throughout all generations, for ever and ever! Amen. (Eph. 3:21)