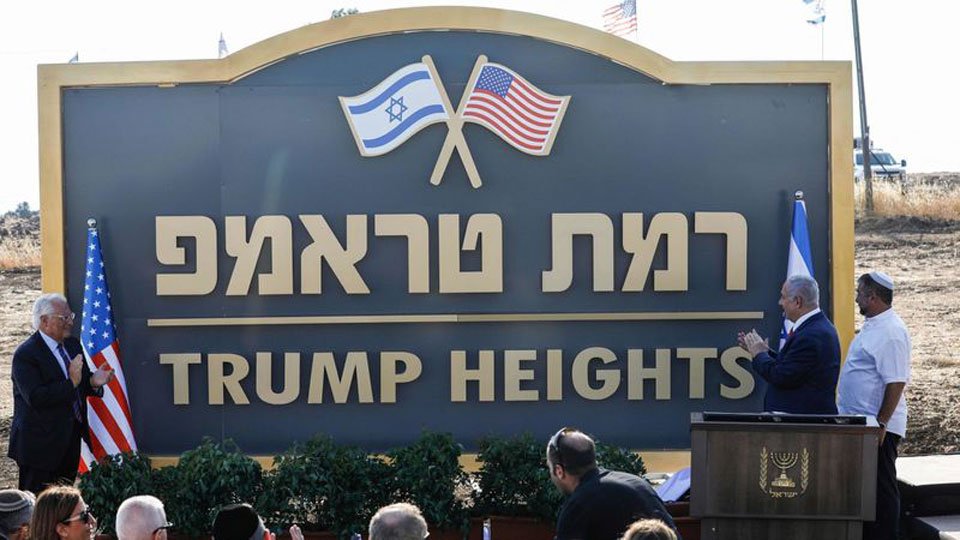 Israeli Prime Minister Benjamin Netanyahu and members of his administration recently gathered in the Golan Heights to unveil the new sign for the community, named “Ramat Trump,” which translates into “Trump Heights.”

“We are proud to have the opportunity to establish a new community,” Prime Minister Benjamin Netanyahu said during the unveiling. “And also to honor a big friend.”

The prime minster pushed to brand the community in commemoration of President Trump’s recognition of Israel’s sovereignty over the Golan Heights.

As might be expected with the Trump brand, the new community has received interest. Since the announcement, its popularity has grown, and due to a large number of inquiries, the settlement has even created a hotline.

“It’s a great recognition of the president’s courageous decision to recognize Israeli sovereignty over the Golan Heights,” said David Friedman, the U.S. ambassador to Israel, during the ceremony. “It’s absolutely beautiful.”