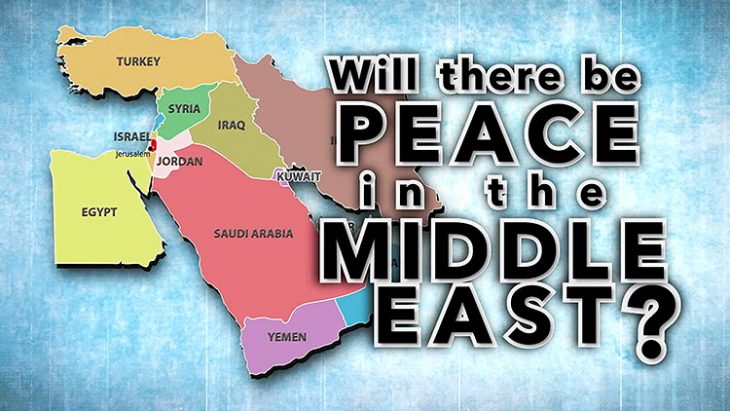 Many Christians today can discuss the signs of the times about the world’s moral decline, earthquakes, violence and war but few appear to recognize that the end-time peace negotiations for Middle East Peace are more important and have larger consequences!

Did you know that there’s going to be a final peace treaty between Antichrist and Israel that triggers the start of the seven-year Tribulation? And did you know that the peace plan gives Israel permission to build their Temple and by extension leads to the redemption of the Jewish people?

Talk of a peace deal in the Middle East is a big deal. It’s no laughing matter. The world carelessly broaches the subject, not realizing they’re dealing with actual divine power. They wield it like a kid that’s found his dad’s gun.

Join us next Tuesday as we break down the final peace plan and discuss the prophetic implications of the Trump Peace Plan.