Pastor John MacArthur of California’s Grace Community Church defended his decision to hold live services despite the state-mandated closure of churches, saying his congregation is “protesting lies and deception for the sake of the truth.” 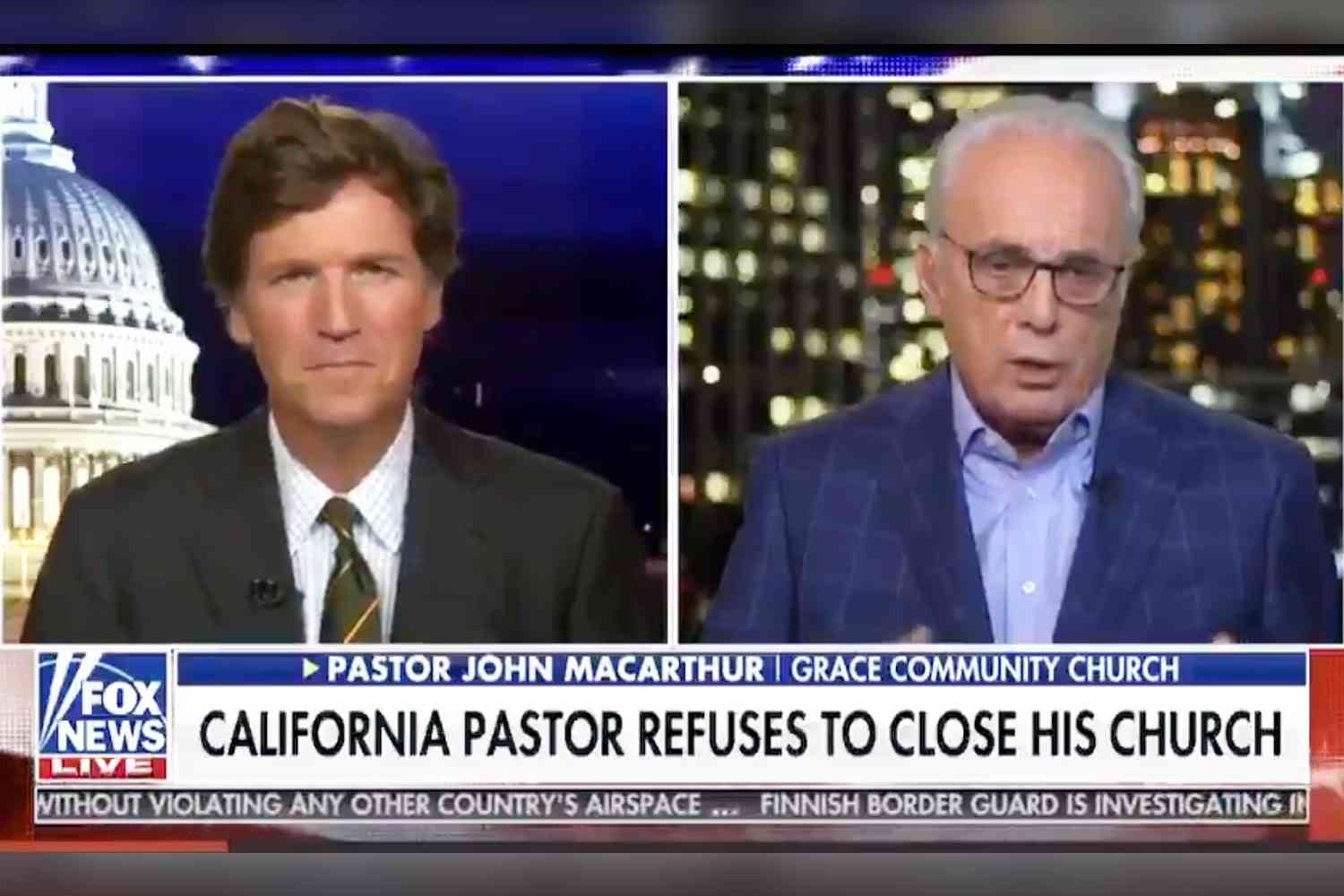 On Tuesday, MacArthur appeared on Fox News’ “Tucker Carlson Tonight” to explain why his church decided to reopen just weeks after Gov. Gavin Newsom indefinitely closed churches and other businesses in more than 30 of the state’s 58 counties as part of its response to the coronavirus.

What a great testimony!

Churches need to pledge to stand up against government interference and tyranny and stay open!

According to Pastor John MacArthur, in choosing to reopen, Grace Community Church operated under the Constitution’s protection of religious freedom.

“First of all and foremost, it is a First Amendment right,” MacArthur said. “This is the United States of America and the government cannot intrude into worship. We stand on that amendment.”

The pastor also cited the low risk of death from COVID in California as a key reason his church opened its doors.

“The second thing that makes this so sensible is that in the state of California there are 40 million people, 8,500 of them have died with COVID. That is .002 (percent),” MacArthur said. “So in California, you have a 99.99 percent chance to survive COVID.”

“So why would you shut down the entire state?” he asked. “Particularly when people are frightened and sometimes terrified that they are going to die. It’s foolish to shut down the church where most of the intense relationships in our society exist in the life of the church.

MacArthur pointed to the difficulties of pastoring in the midst of a lockdown, explaining, “We’ve had no funerals. No weddings. I can’t go to the hospital. I’ve had to go on the phone to talk to dying people at the hospital.”

The pastor said that he “finally” started preaching to an empty auditorium, and after three weeks, congregants slowly began returning to church.

“People, without us saying anything, started coming back. They didn’t buy the narrative,” MacArthur said. “They kept coming back, and last Sunday, 3,000 of them came back and they rejoiced. They hugged each other and they didn’t wear masks and they sang songs. They understand the reality of it. I haven’t had to say anything.”

MacArthur then directed Carlson to a statement he wrote to the congregation on Friday, which he said “affirms why this is right and critical for our society.”

“Government officials have no right to interfere in ecclesiastical matters in a way that undermines or disregards the God-given authority of pastors and elders,” MacArthur wrote, in part.

The pastor said the government is “specifically tasked with the oversight and protection of civic peace and well-being within the boundaries of a nation or community.”

“God has not granted civic rulers authority over the doctrine, practice, or polity of the church,” he continued. “The biblical framework limits the authority of each institution to its specific jurisdiction. The church does not have the right to meddle in the affairs of individual families and ignore parental authority. Parents do not have authority to manage civil matters while circumventing government officials.”

On July 13, Newsom announced that churches, fitness centers and businesses in several industries in 30 California counties would be ordered to shut down again unless they can operate outside or through pick-up services.

California’s restrictions for indoor religious gatherings include a ban on singing, as chanting and singing “negate the risk-reduction achieved through six feet of physical distancing,” according to health officials.

“Places of worship must therefore discontinue indoor singing and chanting activities and limit indoor attendance to 25% of building capacity or a maximum of 100 attendees, whichever is lower,” the state guideline says.

At least three churches in California have already sued the state for banning singing and chanting in places of worship, calling it an “unconstitutional abuse of power.”

We need more churches like this. Please pray for Pastor John MacArthur and the brave members of Grace Community Church.