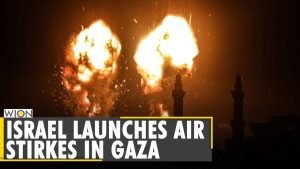 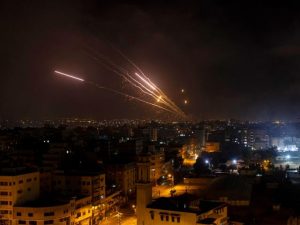 Palestinian Islamic Jihad fires over 200 rockets from Gaza into Israel

The strikes came after Israel arrested Bassam al-Saadi, a senior leader of the Palestinian Islamic Jihad group, during a raid in the occupied West Bank city of Jenin on August 1.

PM Lapid says Israel’s Gaza operation ‘will take as long as it needs.’

Prime Minister Yair Lapid said Israel’s military operation against the Gaza Strip “will take as long as it needs,” as rockets continue to be fired into Israel since its attacks on Gaza began Friday.

On Friday afternoon, the IDF opened an attack against the Islamic Jihad terrorist operations based in Gaza.

The assault began with an attack by the Israel Air Force on buildings known to be used by Islamic Jihad.
The IDF confirmed that the head of Islamic Jihad’s military wing in northern Gaza Tisir Jabari has been killed.

The assault comes after a number of days in a row in which the organization made multiple threats to attack targets in Israel.

Images are being shown at this time on Israeli television news broadcasts of smoke emanating from a number of locations in Gaza said to have been struck by the IAF.

Sirens blared as dozens of rockets were fired at Israeli cities in the south and then towards Holon, Rishon Lezion and Bat Yam in the center of the country. Most of the rockets fired at Israeli population centers were destroyed by Israel’s Iron Dome defense.

Hundreds of thousands of Israelis who live within 50 miles of Gaza have been ordered to remain in their homes within close proximity to bomb shelters. The IDF has called up 25,000 reserves to assist in the military effort.

This attack comes after several days of preparations in which the areas around Gaza were closed off to any non-residents and the IDF announced an increase in its presence in the area.

Islamic Jihad took credit for a spree of terrorist attacks during the spring that took the lives of numerous innocent Israeli civilians. These attacks included terrorists randomly shooting automatic weapons in the streets of several Israeli cities.

Gantz said that the meeting was held so that the security leadership could, “prepare the actions that will remove the threat on this region, in accordance with the operational considerations of the State of Israel.”

He declared that Israel’s mission is to ensure that the tension ceases and that routine returns.

“To our enemies, and specifically to the leadership of Hamas and the Palestinian Islamic Jihad,” said Gantz, “I would like to emphasize: your time is up. The threat [on this region] will be removed one way or another.”

The Defense Minister also blamed the terrorist organizations for holding the people of Gaza hostage.