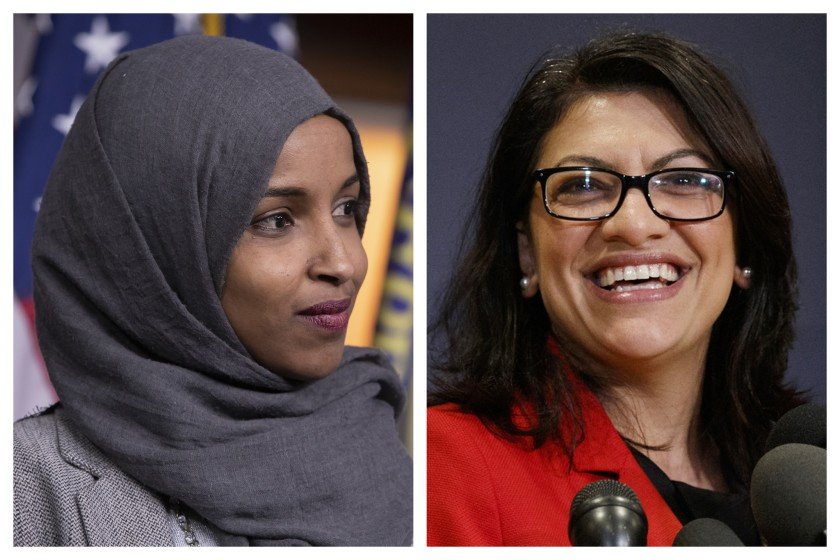 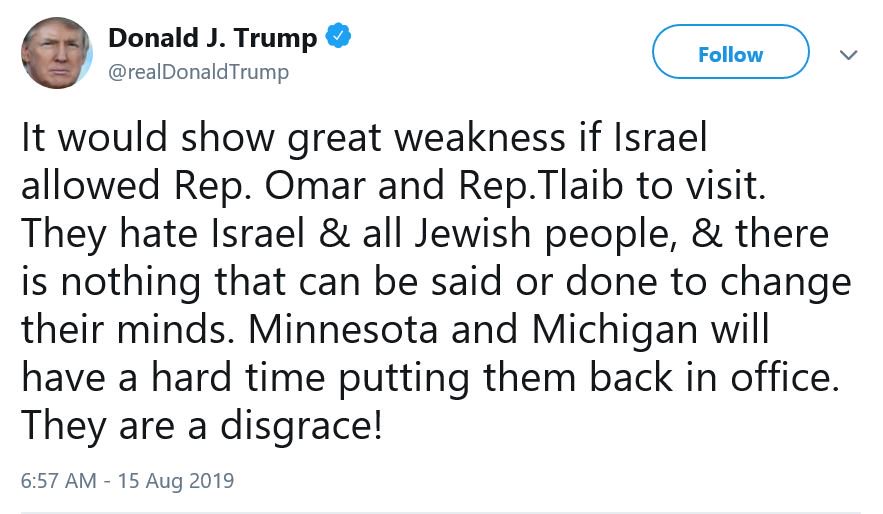 Israel’s Deputy Foreign Minister said Israel has decided to deny entry of the two democratic “Squad” members Omar and Tlaib over their support for boycotting the Jewish State.

It is good to see these two called out for their endless anti-Semitic remarks, comments and tweets that they have made against both the Jewish people and against the sovereign nation of Israel.

As the psalmist quoted below hath said, let them be turned back who hate Zion, and today they have been officially turned back.

So tell me please, why is it that when Muslim women are finally elected to Congress, they immediately confirm every stereotype there is about how Muslims hate Jews and how they feel that Israel has no right to exist?

Thank you Ilhan and Rashida for showing us that stereotypes exist for a reason, because they’re true.

Israeli officials have decided to block U.S. Reps. Rashida Tlaib, D-Mich., and Ilhan Omar, D-Minn., from entering the country as part of a planned visit, a reversal that comes amid pressure from President Trump and concerns about their support for boycotts of Israel.

Israeli Prime Minister Benjamin Netanyahu, explaining the decision at length on his office’s Twitter account, said that Tlaib and Omar’s itinerary “revealed that they planned a visit whose sole objective is to strengthen the boycott against us and deny Israel’s legitimacy.”

Netanyahu said their travel plans referred to a trip to “Palestine,” not Israel, and the congresswomen were not interested in meeting with Israeli officials. He went on to note that the Palestinian organization that planned the visit, MIFTAH, supports the boycott movement, and that people associated with the group have supported terror against Israel in the past.

He said Israel welcomes critics with the exception of those who support boycotts of the Jewish State.

The decision itself was made by Interior Minister Arye Deri and announced earlier Thursday by deputy foreign minister Tzipi Hotovely, despite prior assurances that the congresswomen would be allowed in.

“Israel has decided — we won’t enable the members of Congress to enter the country,” Hotovely told public broadcaster Kan. “We won’t allow those who deny our right to exist in this world to enter Israel. In principle, this is a very justified decision.”

Omar and Tlaib were among 17 members of Congress who voted against a resolution condemning the Boycott, Divestment and Sanctions (BDS) movement in July. This was after Omar introduced a resolution of her own that encouraged the use of boycotts as a political tool, and told Al-Monitor that “it is an opportunity for us to explain why it is we support a nonviolent movement, which is the BDS movement.”

Netanyahu confirmed that Deri would consider permitting Tlaib to visit her Palestinian family members if she filed a humanitarian request and promised not to promote boycotts of Israel.
Meanwhile, Democrats expressed strong opposition to keeping Omar and Tlaib out.
Tlaib and Omar had been scheduled to arrive in Israel on Friday.