Israel Adds Yemen To It’s Combat Front During Recent Assault On Its Enemies! 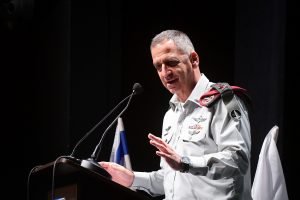 Iranians and Lebanese killed in large explosion at Houthi camp in Yemen earlier this month. 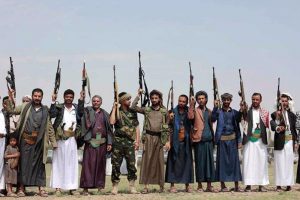 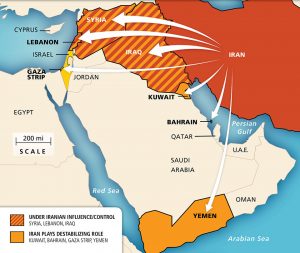 “Hear, Israel: Today you are going into battle against your enemies. Do not be fainthearted or afraid; do not panic or be terrified by them. 4 For the Lord your God is the one who goes with you to fight for you against your enemies to give you victory.”
Deuteronomy 20:3-4

Military chief Aviv Kohavi revealed Thursday that the Israel Defense Forces carried out a strike on an unnamed country during the recent round of fighting in the Gaza Strip earlier this month.

“Ten days ago, the Israel Defense Forces hit with great precision Tayseer Jabari, who is an arch-terrorist,” Kohavi said at a Federation of Local Authorities conference, referring to the northern Gaza commander of Iranian proxy, Palestinian Islamic Jihad, killed during the opening strikes of Operation Breaking Dawn between August 5 and 8.

Arabic-language media reports have said that on August 7 at least six Iranian and Lebanese advisers were killed in Yemen at a camp run by the Iran-backed Houthi rebel group. The reports attributed the blast to a Houthi ballistic missile that exploded while being redeployed. Now we know different.

The reports said dozens of Houthi fighters were also killed, and that the blast triggered a second explosion in a nearby factory and weapons dump in Al Hafa military site in Naqam mountain near Yemen’s capital Sa’ana.Last year, the IDF deployed air defense batteries around the southern city of Eilat amid concerns of an attack by the Houthis. The Iran-backed group is believed to have missiles and drones that can reach Israel.

The conflict has in recent years become a regional proxy war that has killed more than 150,000 people, including over 14,500 civilians. It also created one of the worst humanitarian crises in the world. A ceasefire between the sides took effect in April.

Israel in the past has been willing to strike targets relatively far from its borders, including several airstrikes in Sudan more than a decade ago that targeted shipments from Iran to the Hamas terror group in Gaza via the African nation.

Israel has also carried out hundreds of airstrikes in Syria in the last decade, mostly to stymie attempts by Iranian forces to transfer weapons to Lebanon’s Hezbollah or establish a foothold on Israel’s northern frontier.

The IDF refers to three levels of direct threats facing Israel as “circles” with the first being small terror groups on Israel’s borders, like Hamas, Islamic Jihad and the PLO; the second being larger threats, like the Syrian army and Hezbollah; and the “third circle” being countries that do not share a border with Israel, like Iran, Iraq, and Yemen. 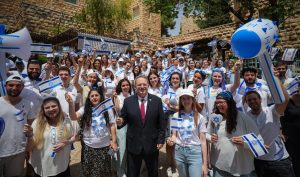 The State of Israel is on track to break the record this year for Jewish people immigrating to Israel. What a thrill watching Israel’s “Second Exodus” in full swing! Pay attention world, its God’s sign that we’re in the final hour.