Is Israel and the United Arab Emirates Planning for a Third Jewish Temple? 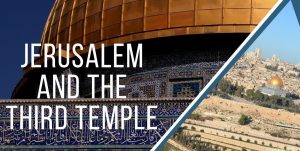 Are Israel and the United Arab Emirates planning for a Third Jewish Temple? It sure appears so!

Construction of the UAE’s massive Abrahamic Family House may become the model for the construction of Israel’s Temple on the Temple Mount. 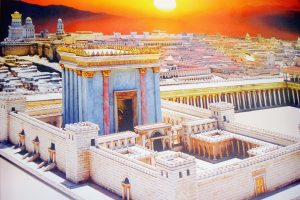 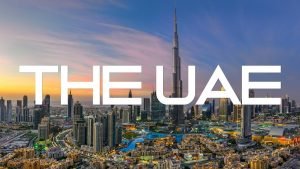 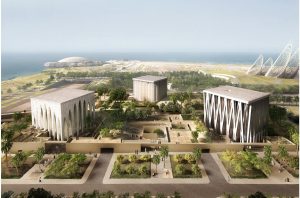 Soon after the United Arab Emirates signed the peace accord with Israel they announced an interesting project regarding their intent to construct the Abrahamic Family House.

The project consists of a massive complex of three large religious structures “fostering interfaith reconciliation” between the three Abrahamic faiths of Muslim’s, Christians and Jews.

It’s possible, even likely, that the real purpose behind the project may be that God’s sovereign hand is intervening to influence the nations concerning Israel’s Temple.

The Abrahamic Family House may be the model for what can be accomplished on Jerusalem’s Temple Mount. This timely project could open the door for Israel’s Temple.

Designed to be of equal size and height, the three buildings, set to open in 2022, will include an Islamic mosque (oriented toward Mecca) a Jewish synagogue (to face toward Jerusalem), and a Christian church (with an altar pointing east).

What makes this more interesting is that the Abraham Accords agreement between Israel and the UAE included the following language:

“Muslims who come in peace may visit and pray at the Al Aqsa mosque, and Jerusalem’s other holy sites should remain open for peaceful worshipers of all faiths.”

The straightforward wording about worship in Jerusalem has caused concern among Muslim observers as they feel it intentionally leaves the door open for Jews to ascend the Temple Mount to worship and pray.

The entire 35-acre rectangular plateau is referred to by Muslims and the UN as the Haram al Sharif (Noble Sanctuary) and is considered by them to be off limits to Jewish worshippers.

This of course, is despite the fact that King David purchased the sight for Israel’s Temple under the instructions of God some 3000 years ago!

Currently, If a Jew is even caught moving his lips like he is praying he can be arrested for blasphemy against Allah on the Temple Mount. Many have learned to get around that prohibition by praying into their phone as if talking to someone!

I often point out, concerning the turn-of-events on the Temple Mount, how Satan has used Islam to capture God’s Sanctuary, and then boldly renamed it Allah’s Noble Sanctuary! One can see the brazen power of Satan’s deceptions!

The sacred site is the former home of Solomon’s Temple that was later redesigned by Herod when Jesus taught there. Now the sight is in the hands of the enemy!

Some observers believe the wording in the Accord may be intended to restrict Islamic worship to only the Al Aqsa Mosque itself (at the south end) which would allow both Jews and Christians to ascend the Temple Mount for prayer and worship in the near future. That has Muslim’s nervous!

Most Muslim’s are keenly aware that Orthodox Jews are eager to construct the Third Temple in preparation for the coming Jewish Messiah. Some within Islam are convinced the U.A.E. knew this when it agreed to this specific wording, and they accuse the wealthy nation of pandering to Israel’s religious beliefs and selling out the interests of the Islamic world! How interesting?

For its part, Israel has grown weary of Jordan’s role in running the Temple Mount since the 1967 Six Days War. Behind the scenes during the Abraham Accord negotiations, it appeared President Trump wanted Israel to consider Saudi Arabia as a better choice for running the care and religious management of the Temple Mount.

Israel’s government is increasingly concerned over the growing influence of Turkey, which seeks to control both the Temple Mount and the Muslim holy sites in Jerusalem under the banner of its re-emerging Neo-Ottoman Empire.

The Turks have managed to infiltrate Jerusalem by funding important community projects bringing them considerable influence among the Jerusalem Muslim community. While the church sleeps, Satan not only controls the Temple Mount but is already opening doors for the revived Ottoman Caliphate’s future control of Jerusalem in the Tribulation. And it’s happening under our watch!

In light of all this, some questions must be asked: Is it possible that Israel negotiated this peace agreement, in part to fend off the advances of Turkey at the Temple Mount in Jerusalem?

If so, one has to wonder if there is a plan in place to divide the Temple Mount between Islam, Judaism, and Christianity for the purpose of “fostering interfaith reconciliation just as the U.A.E. is attempting in their own country with the Abrahamic Family House project?

Is it possible that, with its wealth and growing influence in Israel, the U.A.E. may partner with the Jewish State to facilitate, or even fund the construction of a Third Temple in fulfillment of Bible prophecy?

Is it possible that this is part of God’s plan to set up the construction of Israel’s Third Temple and we are watching it unfold?

Time will tell as to what role the unique Abrahamic Family House in the U.A.E. will have on influencing the Middle East and also how the Abraham Accords continue to unfold in these last days. 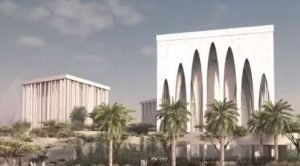