Irrefutable! The Rebirth and History of Modern Israel, God’s Great Sign to the World! Zechariah Part One 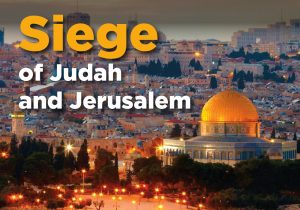 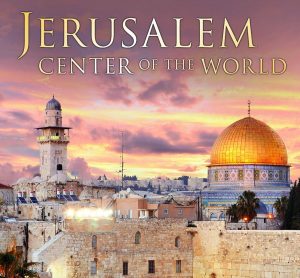 A prophecy: The word of the Lord concerning Israel.

The Lord, who stretches out the heavens, who lays the foundation of the earth, and who forms the human spirit within a person, declares: 2 “I am going to make Jerusalem a cup that sends all the surrounding peoples reeling. Judah will be besieged as well as Jerusalem. 3 On that day, when all the nations of the earth are gathered against her, I will make Jerusalem an immovable rock for all the nations. All who try to move it will injure themselves.

The fulfillment of 100’s of prophecies in the modern history of the State of Israel is God’s great sign to mankind. Israel stands as a billboard to the world as to what God is doing today! A sign that no one can mistake or deny. God’s unique dealings with bringing Israel back into existence in 1948, before a watching, modern world, is irrefutable proof that He exists and is guiding history according to His Word.

For example, since Putin invaded Ukraine 4 months ago, over 16,000 Jews have left Russia for Israel and over 10,000 have left Ukraine for Israel. God’s hand is at work as the chosen people continue to pour into Israel from around the world every week.

The fact that God gave Israel her land, took her out of it and scattered her throughout the world only to bring her back centuries later is a supernatural story unique in the annals of history. It is beyond the possibility of chance and without ordinary explanation!

More importantly, her return is written out for us and is the running theme of the Old Testament prophets who explain that in the last days there will come a ‘Second Exodus’ from many nations that will stand as a greater feat by God than the first Exodus from Egypt.

The passage quoted at the beginning is one of the most remarkable in the Bible. It was written by Zechariah 2500 years ago at a time when Israel was in ruins and sitting as wilderness.

The idea that Jerusalem would recover its glory, become the center of international attention and that the whole world would tremble with concern over the tiny nation of Israel seemed utterly impossible. Yet today, as foretold, Jerusalem is front page news and on the lips of the nations of the world. Irrefutable evidence of divine inspiration.

The Bible’s prophecies concerning the Jews, Jerusalem and Israel are specific, preposterous and impossible. Yet they are being fulfilled to the letter. Praise God! This means that only God can be the author of the Bible, the Jews are His chosen people, and Israel is back in the land that God gave them. Woe to the nations that seek to frustrate the promises which God gave Israel!

Today, We See With Our Eyes 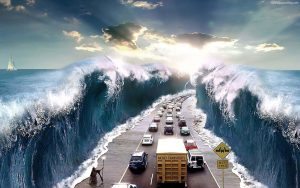