Iran’s Nuclear Blackmail! Iran Has No Interest In Negotiating a New Nuclear Deal 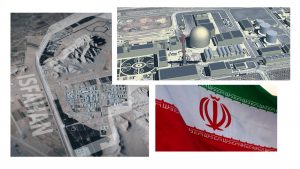 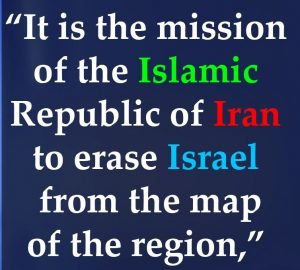 As we move deeper under the shadow of the Tribulation, it seems apparent that Iran has successfully deceived everyone but Israel with their nuclear ambitions. As Israel stands alone, they may be forced to take out the Iranian nuclear facilities alone, with or without U.S. permission! Will it go down in 2022?

“If the Iranians think the world does not seriously intend to stop them, they will race towards the bomb. We must make it clear that the world will not allow this to happen. There needs to be a credible military threat on the table.” — Yair Lapid, Israeli Foreign Minister, December, 2021.

Iran has sought to string out the negotiations in Vienna by concentrating on relatively minor issues, such as whether UN inspectors can have surveillance cameras operating at key sites.

Iran’s obstructive conduct, moreover, is being backed by Russia and China, which were also signatories to the 2015 deal but now want to embarrass the Biden administration by ensuring the current round of talks end in failure.

The hardline approach being adopted by Tehran certainly makes the prospect of military action to destroy Iran’s nuclear facilities more likely in 2022, with US military officials confidently asserting that, if military option is required, it would be possible to target Iran’s entire nuclear program.

The big question that remains, though, is whether, if the talks do fail, Biden will have the resolve to initiate military action, or will instead seek to hit Iran with more — ineffective — sanctions.

In the meantime, Tehran continues to work on its controversial uranium enrichment activities so that, unless urgent action is taken soon, the world could soon find itself having to confront a nuclear-armed Iran.

Giving Iran nuclear weapons is what Satan has wanted to achieve all along to fulfill his dream of destroying Israel. The enemy believes that destroying Israel in the Tribulation is his best chance at being able to defeat Jesus at His Second Coming. He probably assumes that since he was able to kill Jesus at His first coming, he can do it again.

Satan believes that if Jesus doesn’t have the military support of the Jewish State when He returns, the Messiah of Israel will be more easily defeated by the hordes of Armageddon. And if Israel is wiped out during the Tribulation, Jesus will be unable to fulfill His promise of ruling as King over Israel in the Millennial Kingdom making Him vulnerable to defeat!

This is Satan’s deadly strategy and the antichrist spirit behind Iran’s motivation for nuclear weapons. We know that Jesus will be victorious when He returns, but before He arrives, a Caliphate with nuclear weapons poses a serious threat to the Jewish State!