For the first time In history the ‘Red Flag Of War’ has been hoisted over the holiest, tallest and most famous Jamkarān Mosque, located in Iran’s holiest city of Qom.

The flag was lifted in response to the killing of General Soleimani. The Iranian Shiite leadership feels it’s time for the appearance of the Mahdi, their messiah… Antichrist!

In Iranian Shiite Islam, the red flag symbolizes there is a great battle on the horizon. But this isn’t just about any battle and this famous mosque isn’t just any mosque!

In Shiite theology, recent events in the Middle East are enough to spark their anticipated end time battle that will cause enough death and chaos to trigger the return of their Messiah known as The Mahdi. 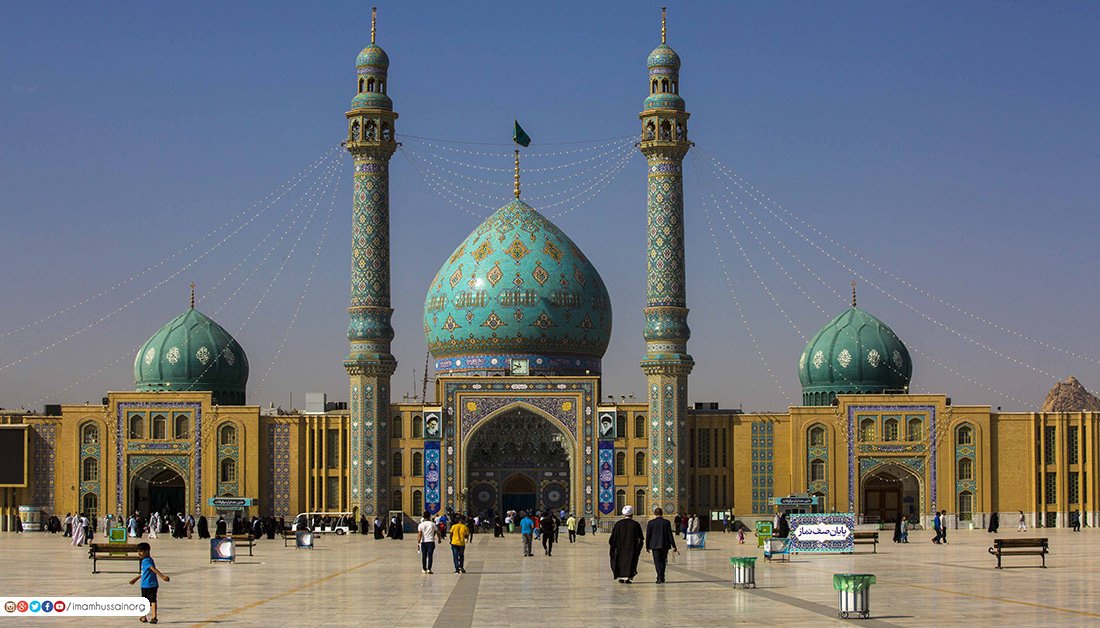 The Jamkaran Mosque, located 4 miles SSE of Qom. Built for the Mahdi, Shiite Islam’s coming messiah, also referred to as the 12th Imam. Bible prophecy knows him as Antichrist.

Jamkaran Mosque
The Mosque of Antichrist

The Jamkaran Mosque is the center of Qom, Iran’s holiest city. It was built in AD 1003 by supposed order of the Mahdi himself, who is the twelfth imam of Shia Islam. The Twelver Shia Muslims of Iran are awaiting Mahdi’s appearance.

Former Iranian President Mahmoud Ahmadinejad often talked about getting ready for the Mahdi, and had claimed he himself was in communication with the Mahdi who is now in an “occultation,” i.e., is hidden away by Allah.

Who is “Al-Mahdi”? Those familiar with my teaching would recognize this as the Muslim name for the coming Antichrist.

Shiite Muslims believe that the leader of Islam must be someone from the bloodline of Muhammad. According to Shia theology, the Twelfth Imam was a young boy who was the twelfth generation bloodline from Muhammad. To prevent him from being killed, they believe Allah rescued him and supernaturally hid him away until the time of the end when he will reappear to lead Islam.

There is an important well on the grounds of this mosque. A Holy Well! It is the place where they believe the “Twelfth Imam” is located and protected by Allah to appear in the end times. The red flag was hoisted here to arouse the Mahdi!

This is no joking matter. To American’s, the whole concept may seem silly. But to the Iranian’s, who are deceived by the master deceiver, this may be the moment in history they’ve been longing for!

The danger of the Iranian regime is that their military doctrine is based solely on this deceptive Islamic theology. Muslim’s are deceived by Satan into thinking Antichrist is their savior, and they are trying to communicate with his spirit via the red flag to encourage his appearance.

Former president Ahmadinejad spoke of their “Twelver” beliefs that a major war was required to start chaos, and out of that chaos the Mahdi would emerge. Oddly, this is also what the Bible predicts. 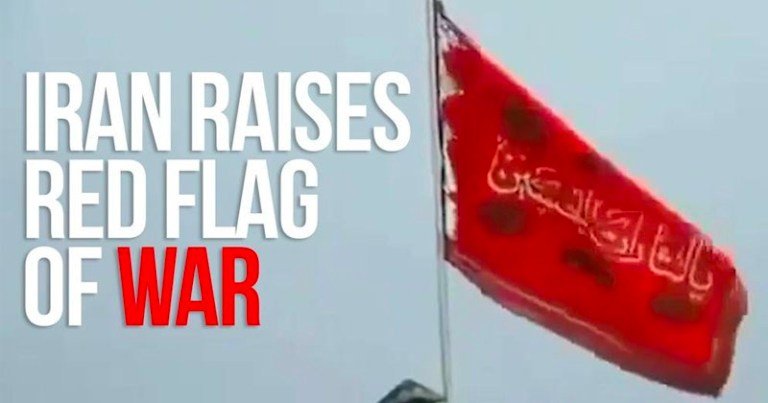 What Could a Red Flag Mean?

Twelver Shias believe that war is necessary to bring about the Mahdi, their messiah (Antichrist). For the first time in the 1000-year history of the Jamkaran Mosque, the “mosque of the Antichrist” as I call it, the red flag was hoisted above the main dome.

The words “Those who want to avenge the blood of Hussein” are on the flag. Hussein was the third imam of Shia Islam who was killed unjustly. The Mahdi is to bring back justice, in their view.

The Shia Muslim leadership is declaring now is the time for Mahdi to come and finally undo the injustices, especially those committed by Israel, the “little Satan” and America, the “great Satan” and for the final, great war to begin.

The killing of Soleimani was the event to kick start all this. It appears that the militant Shias of Iran are now on the warpath. This could get ugly and dangerous and both Israel and the US are taking it serious.

All US citizens have been asked to leave Iraq immediately. US and Canadian embassies are warning their citizens of a possible attack on Israel.

Pray for the Peace of Jerusalem!

And pray for America